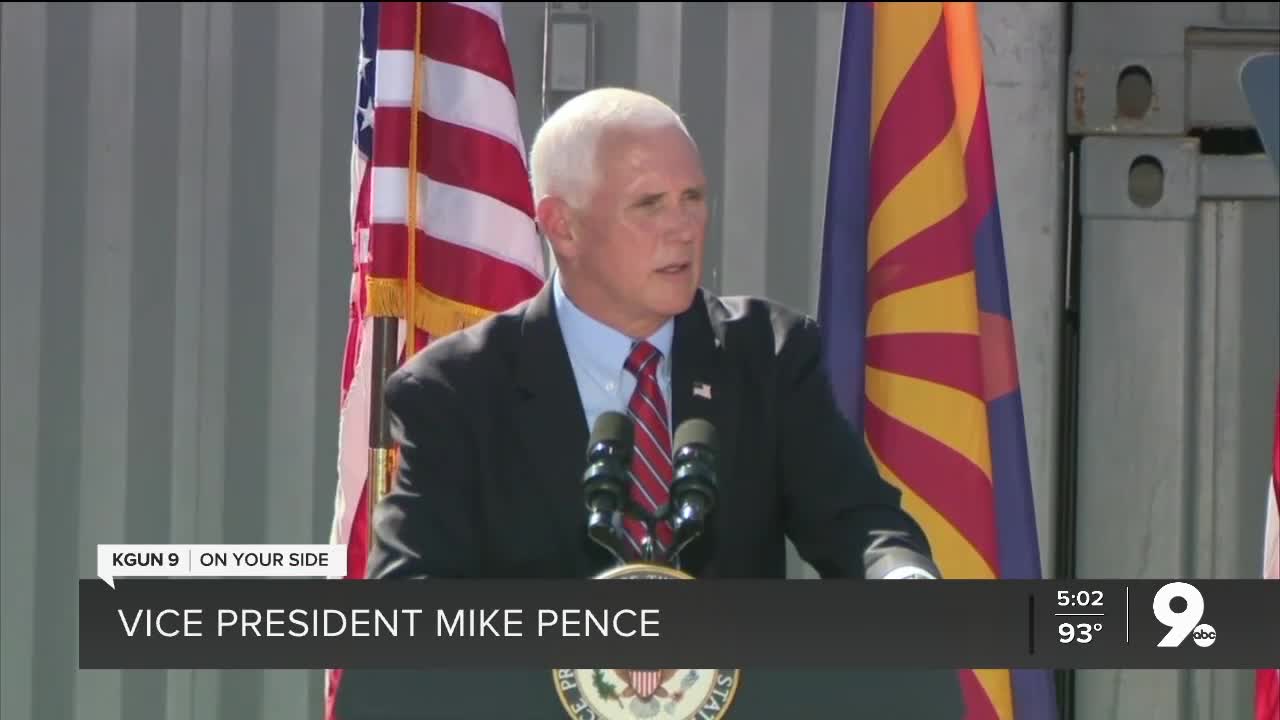 He also spoke about how the Trump administration has handled the coronavirus pandemic including building back the economy.

The Vice President said, "In the last five months alone we've already seen more than 11 and a half million Americans go back to work including 172,000 right here in the Grand Canyon State. And Arizona's unemployment rate is already cut in half. The Arizona and American comeback is underway."

The "Team Trump on Tour" bus also made a pit stop in East Tucson today with members of the RNC, Latinos for Trump, and Catholics for Trump.