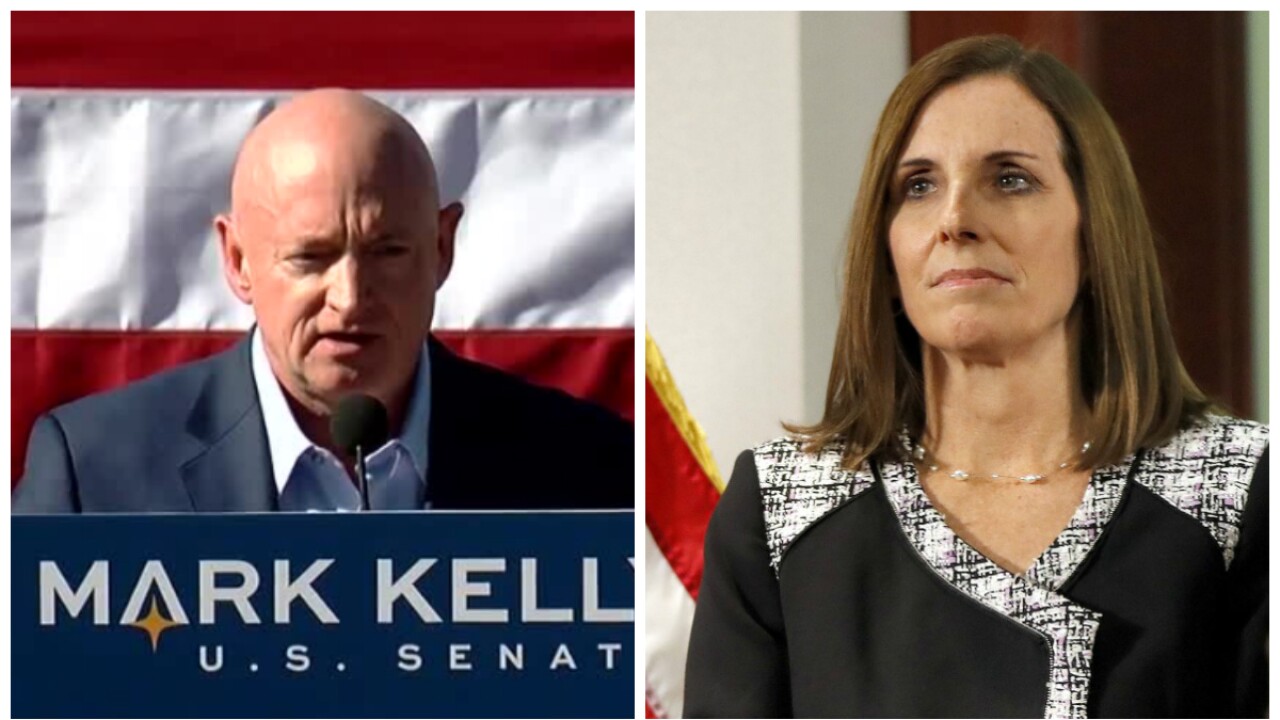 PHOENIX (AP) — Republican Sen. Martha McSally and her Democratic challenger Mark Kelly meet Tuesday in what's likely to be the only debate of the campaign.

The faceoff provides McSally a much-needed chance to gain ground on Kelly, a retired astronaut who has consistently led the race in polling and fundraising, just before voters begin casting ballots.

In-person early voting begins Wednesday and election officials around the state will begin dropping absentee ballots in the mail the same day.

For Kelly, a first-time candidate, the debate is a chance to show his mettle under pressure.