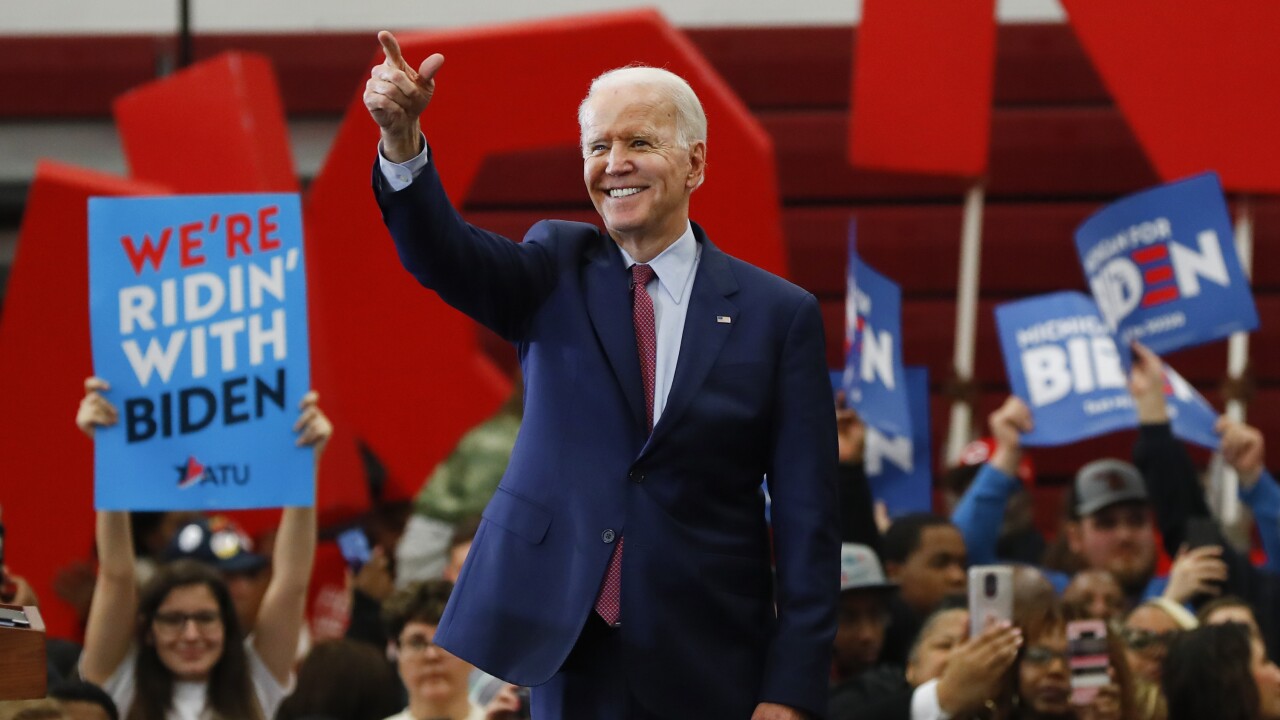 TUCSON, Ariz. — Former Vice President Joe Biden is continuing his march to the Democratic nomination for president Tuesday as the Associated Press projects him the winner of Arizona's Presidential Preference Election.

With more than 375,000 ballots counted so far, Biden leads Vermont Senator Bernie Sanders by 12 points, with 42 percent to 29 percent of the vote.

Earlier Tuesday night, as polls closed on the east coast, Biden was also the projected winner in Florida, Illinois and Ohio.

Biden's sweeping victory in Tuesday's contests could mark the end for Sanders's campaign. FiveThirtyEight -- a data journalism-focused website owned by ABC News -- gave Biden a more than 99 percent chance of winning the nomination before Tuesday's primary results were announced.