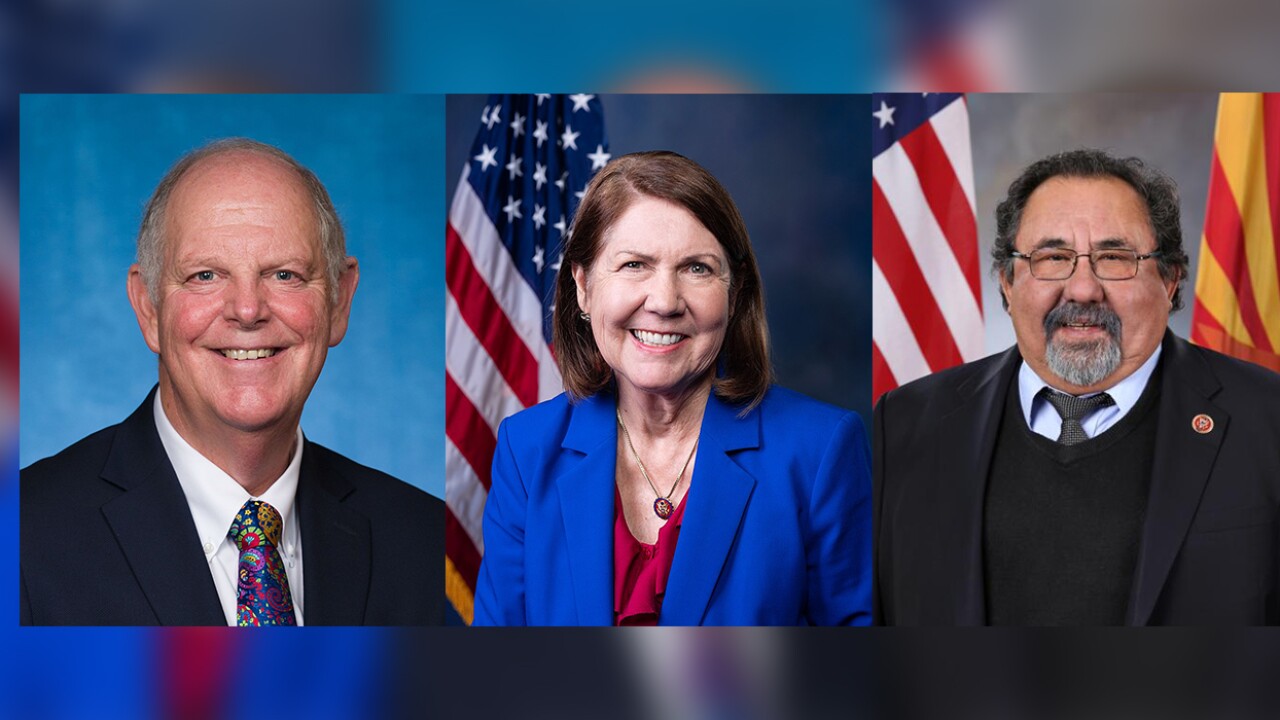 Democratic representatives Ann Kirkpatrick and Raul Grijalva easily won their primaries. Grijalva ran unopposed and Kirkpatrick leads her challenger with more than 77 percent of the vote in the early vote totals.

Rep. Tom O'Halleran had a tighter Democratic primary, winning with 56 percent of the vote late Tuesday night. Tiffany Shedd holds a slim lead in the Republican primary to challenge him in Arizona's 1st Congressional District, with 55 percent of the vote. District 1 covers parts of Oro Valley, Marana, Catalina and Oracle. It stretches up into some Phoenix suburbs and all the way up to northern Arizona, including Flagstaff and the Navajo Nation.

Republican Brandon Martin holds an early lead in the primary to unseat Rep. Ann Kirkpatrick in the state's 2nd Congressional District, with 44 percent of the vote. District 2 covers the eastern and central portions of Tucson, stretching all the way to Arizona's eastern border. The district also includes Sierra Vista, Bisbee, Douglas, Benson and Willcox.

Daniel Wood ran unopposed in the Republican primary in Arizona's 3rd Congressional District to challenge Rep. Raul Grijalva. District 3 is considered heavily Democratic, covering the southern and western portions of Tucson and stretching all the way to the state's southwestern border. It includes Ajo, Nogales and parts of Yuma. Grijalva has held the seat since 2003.