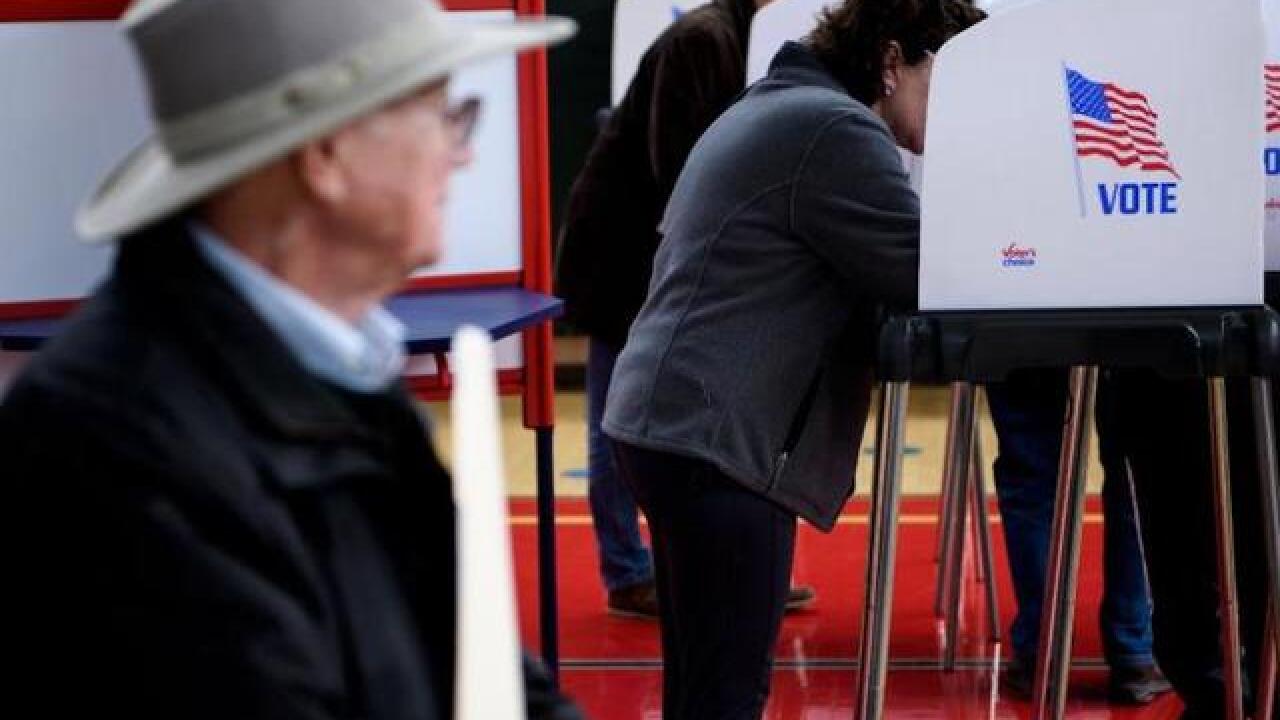 As they determined the outcome of one of the nation's most competitive Senate races, voters casting midterm election ballots in Arizona were divided over the state of the nation, according to a wide-ranging survey of the American electorate.

Here's a snapshot of who voted and why in Arizona, based on preliminary results from AP VoteCast, an innovative nationwide survey of about 135,000 voters and nonvoters - including 4,039 voters and 431 nonvoters in the state of Arizona - conducted for The Associated Press by NORC at the University of Chicago.

Immigration was at the forefront of voters' minds: About one-third named it as the most important issue facing the nation in this year's midterm elections. About one-quarter of voters considered health care paramount, with fewer identifying the economy, the environment or gun policy as the top issue.

Lifelong Republican Kay Matthews, a 72-year-old substitute teacher who dropped her early ballot off at a Phoenix library, said the economy is important to her, but immigration is an equal concern. She's troubled by any influx of immigrants entering the country illegally, she said.

"I've been taught as a young child that you respect the law. You don't have to always agree with it, but you do respect it," Matthews said. "If you don't like it, then you work for a change."

Keith Cook, 53 and an information technology worker at a hospital, has been a Democrat since switching from the GOP since the administration of President George H.W. Bush. Back then, he felt the Republicans were too aligned with the Christian right.

A Christian himself, he said the issues that weigh on him are climate change and homelessness.

"If you see a neighbor that needs something, you help them out. We're not doing that anymore. People are saying they're Christians but what they're saying is not Christian," Cook said. "The whole mess with 'Let's get all the immigrants out,' that's silly. Christ said nothing about that."

STATE OF THE ECONOMY

Arizona voters have a positive view of the nation's current economic outlook, with about two-thirds saying the nation's economy is good.

Arizona's unemployment rate is 4.7 percent, according to the U.S. Bureau of Labor Statistics, while the national rate remains at a five-decade low of 3.7 percent.

For about one-third of Arizona voters, President Donald Trump was not a factor they considered while casting their vote. But for the rest, he was.

"This particular election, I'm very frightened the direction the country is going in under Trump and his Republican supporters, which includes relatives of mine," said Kory Ambrosich, a 52-year-old math teacher at a Phoenix community college. "I think that direction definitely needs to be halted and changed," she said.

Ambrosich, a Democrat, said she cares about human safety. To her, that means everything from providing universal health care to caring for immigrants and eliminating hate speech.

Keith Broadwater, 65, a commercial builder from north Phoenix, said his votes reflected his support for the president. Broadwater, who voted for McSally and GOP Gov. Doug Ducey, described himself as a "Christian American constitutional conservative Republican - in that order."

He credited Trump with improving the business climate.

"The government is being managed by people that want less government to cut the regulations down on businesses and all the different industries so that the entrepreneurial free expression of ideas can run again," Broadwater said.

Tuesday's elections will determine control of Congress in the final two years of Trump's first term in office, and about two-thirds of Arizona voters said which party will hold control was very important as they considered their vote. Another 1 in 5 said it was somewhat important.

AP VoteCast is a survey of the American electorate in all 50 states conducted by NORC at the University of Chicago for The Associated Press and Fox News. The survey of 4,039 voters and 431 nonvoters in Arizona was conducted Oct. 29 to Nov. 6, concluding as polls close on Election Day. It combines interviews in English or Spanish with a random sample of registered voters drawn from state voter files and self-identified registered voters selected from opt-in online panels. Participants in the probability-based portion of the survey were contacted by phone and mail, and had the opportunity to take the survey by phone or online. The margin of sampling error for voters is estimated to be plus or minus 1.9 percentage points. All surveys are subject to multiple sources of error, including from sampling, question wording and order, and nonresponse. Find more details about AP VoteCast's methodology at http://www.ap.org/votecast.

For AP's complete coverage of the U.S. midterm elections: http://apne.ws/APPolitics