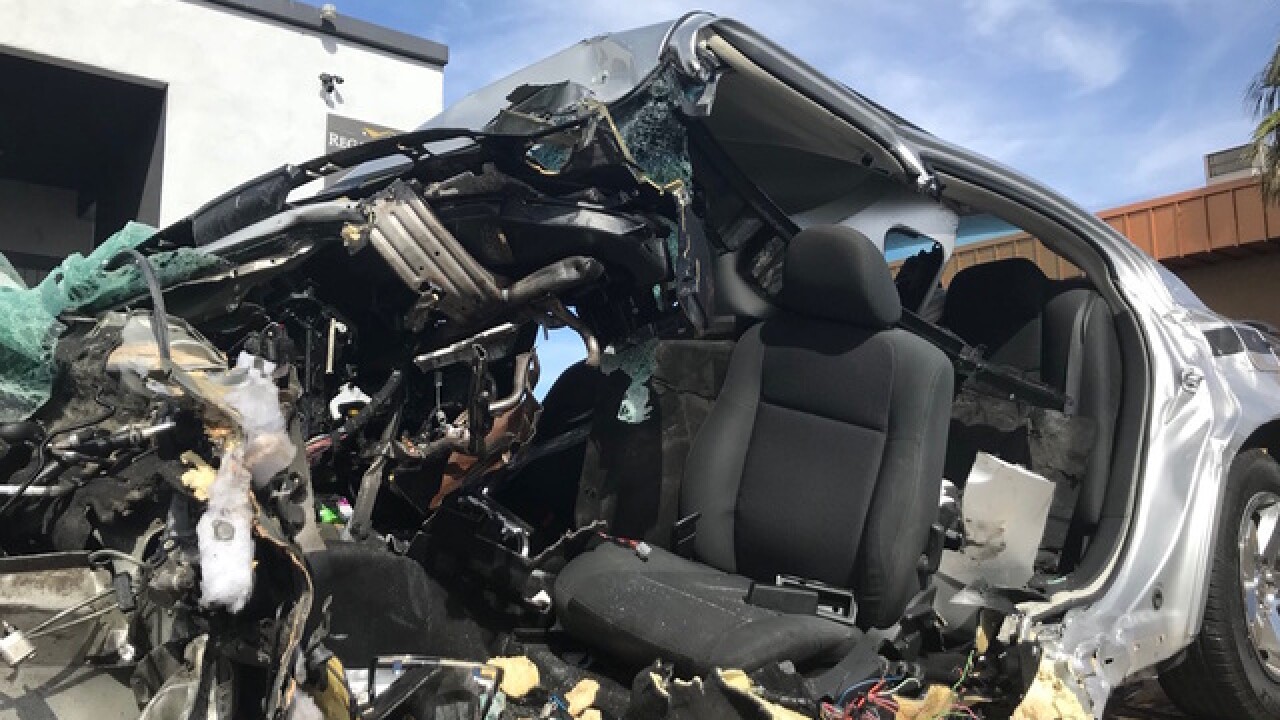 Police say a car crossed over the center line of the road and struck a city bus on Saturday morning.

The crash occurred around 7:20 a.m. near 12th Street and Campbell.

Officers learned that a 26-year-old man in a passenger car was headed southbound on 12th Street when he crossed into oncoming traffic, hitting a bus.

Fire crews extricated the driver who was then taken to the hospital with serious injuries.

A passenger aboard the bus was also taken to the hospital as a precaution.

Police have not yet determined what caused the driver to cross into oncoming traffic or whether he was impaired at the time of the crash.