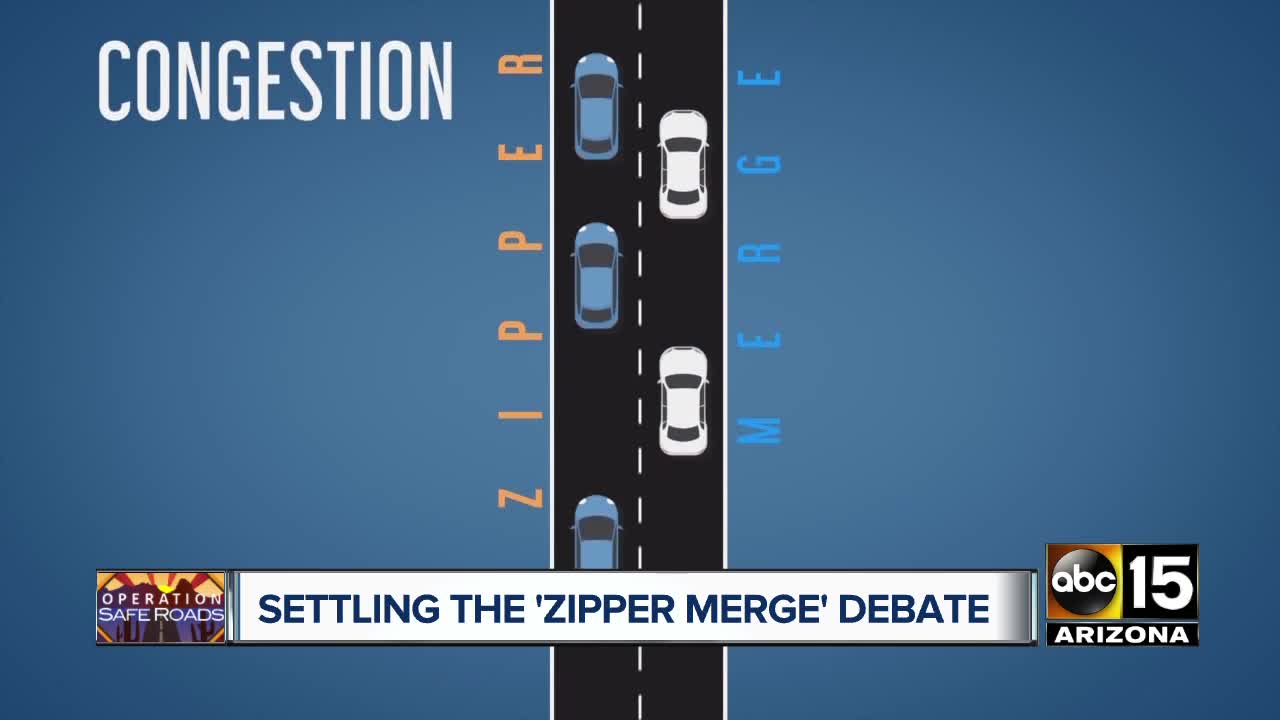 On the road there are two kinds of people -- early mergers and late mergers. Those late mergers, doing what's known as the controversial "zipper merge." 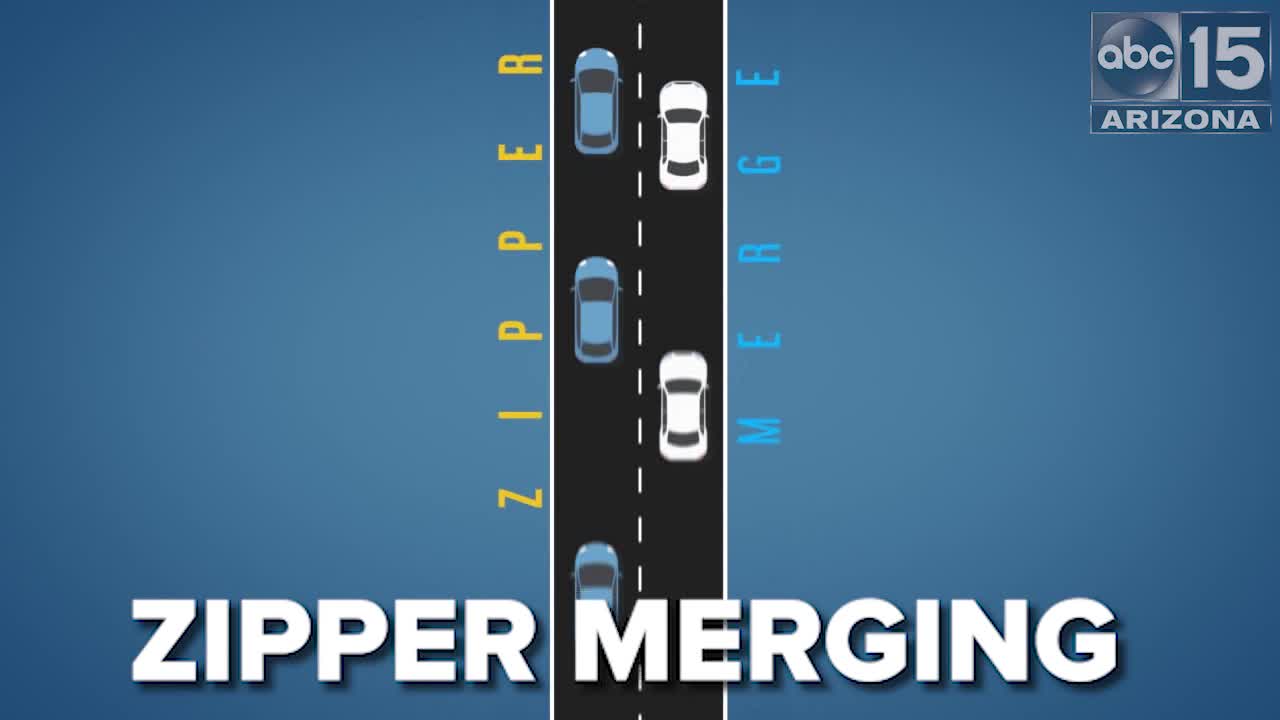 On the road there are two kinds of people -- early mergers and late mergers. Those late mergers, doing what's known as the controversial "zipper merge."

"If you go early, it leaves a big buffer in front of you, causing traffic behind you," said Jeff Cook, who considers himself a "zipper merger."

The issue can make blood pressure rise like the mercury on a summer day in Phoenix.

"I get annoyed by drivers who do that because it's so rude," said Colleen Reid, a California resident visiting Phoenix.

The zipper merge is when a driver exhausts a lane all the way to the choke point and then falls in line one by one with the traffic in the lane, like the teeth of a zipper. Some people think it's "cutting in line."

Taking turns sure would be nice, but Arizona is known to make the naughty list, often named one of the worst states for road rage.

"Somebody may be having that bad day and that pushes them over the limit," said Cardona.

While several states like Minnesota, Missouri, Kansas, Washington and Colorado have launched multi-million dollar campaigns to promote zipper merging, it is not the law. However, not all states are together on this.

California maintains it's better to early merge, saying the zipper merge is a recipe for rear-enders.

We asked ADOT spokesperson Doug Nintzel about two Valley freeway spots prone to rush-hour backup: Interstate 10 westbound out of the tunnel, and State Route 51 into westbound Loop 101. Nintzel said the zipper merge is only used as a work zone tool.

"It is not used for general traffic locations like the ones you described. Signs and/or pavement markings are used to inform drivers about lane reductions," he wrote in a statement.

Bottom line, Arizona doesn't endorse the zipper merge in these everyday lane-reduction-caused back ups. But if you do it because you believe it's more efficient, you have plenty of other drivers and states behind you.