'You're ignoring them!' Jon Stewart scolds lawmakers for inaction on 9/11 health care bill 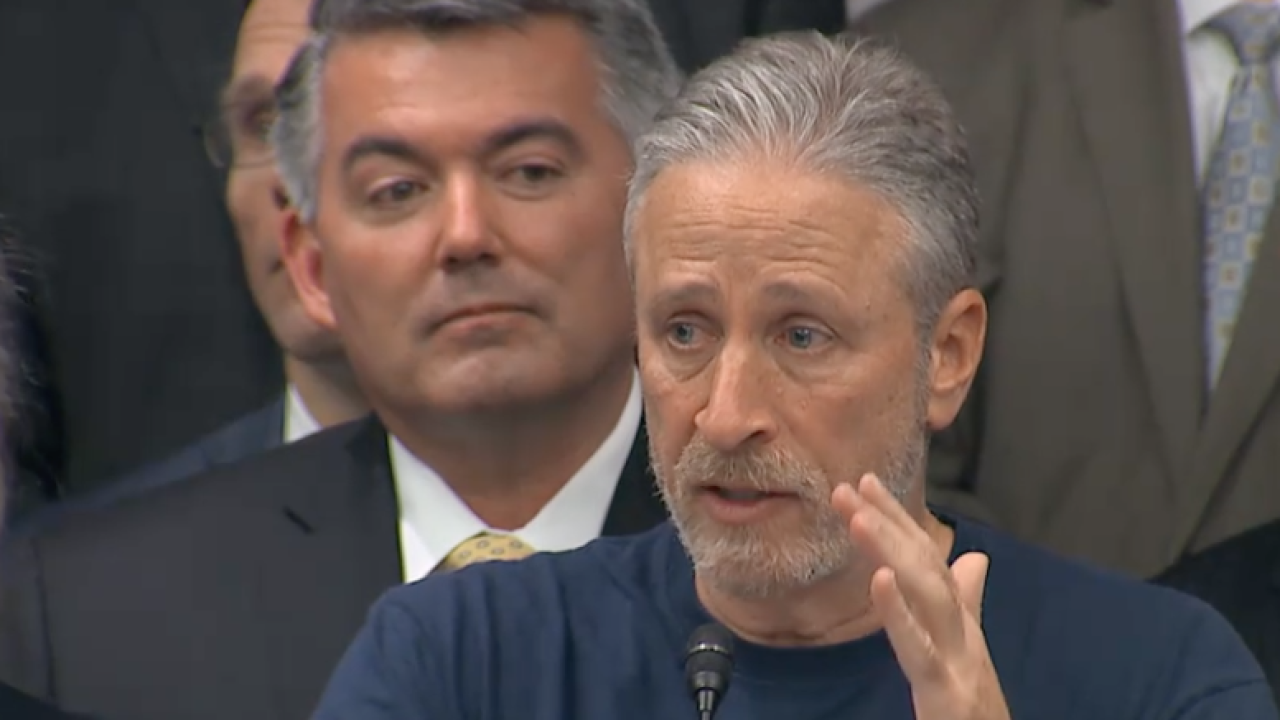 Comedian and talk show host Jon Stewart was on Capitol Hill today to advocate for better health care coverage for 9/11 responders, and in his message, he called the lack of lawmakers on Capitol Hill for the meeting an embarrassment to the country.

"Sick and dying, they brought themselves down here to speak — to no one," Stewart said of how few Congress members were present.

"They are here to continue fight for what's right," Stewart said ahead of talking about responders who have cancer and were present. He called the lack of lawmaker presence "utterly unacceptable."

"Your indifference cost these men and women their most valuable commodity: time."

His bigger message: Give the first responders full coverage care and stop how often them have to come to Capitol Hill to ask for it. He was joined by other advocates and politicians seeking the passage of a bill to provide more coverage.