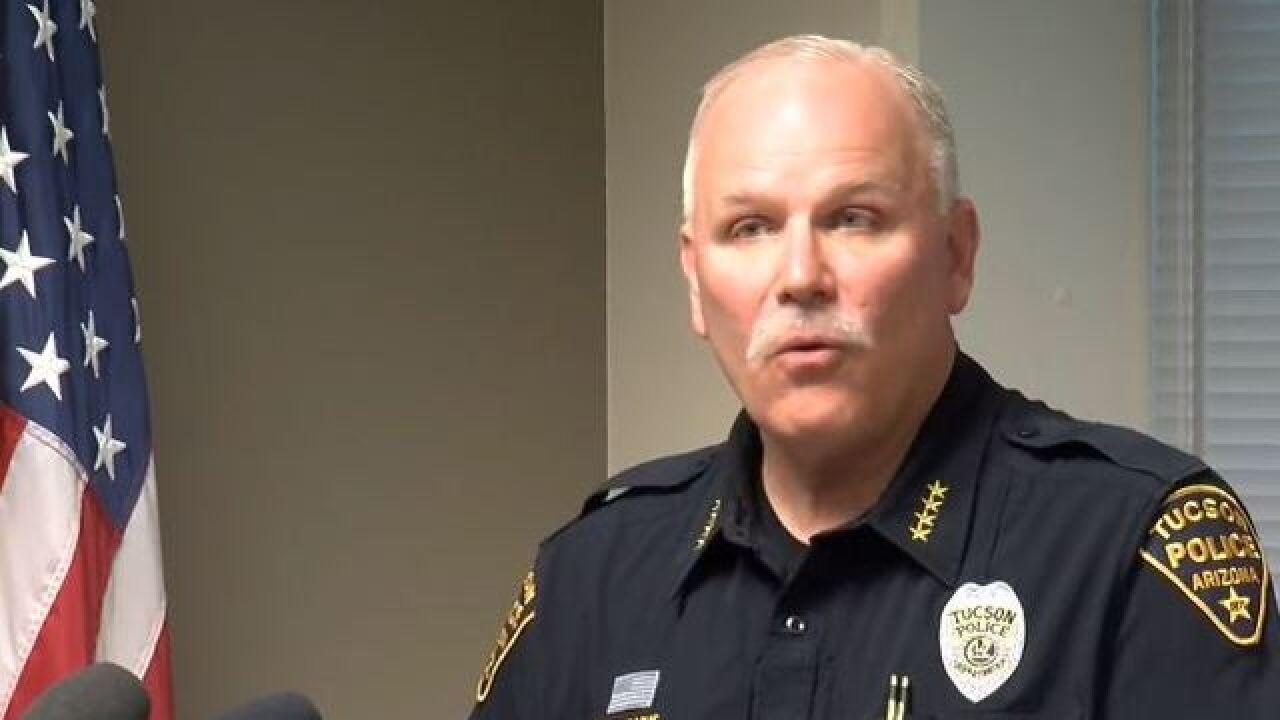 Magnus made the announcement about an April 21 incident in which a man died while in police custody.

The AP reported the man who died was 27-year-old Carlos Ingram-Lopez.

The medical examiner’s office didn’t determine a manner of death but said Ingram-Lopez died of sudden cardiac arrest while intoxicated by cocaine and physically restrained, the Associated Press reported.

Magnus has served in the role since January 2016.

Mayor Regina Romero hasn't said whether she is accepting the chief's resignation.