The last Volkswagen Beetle will roll off the line next year 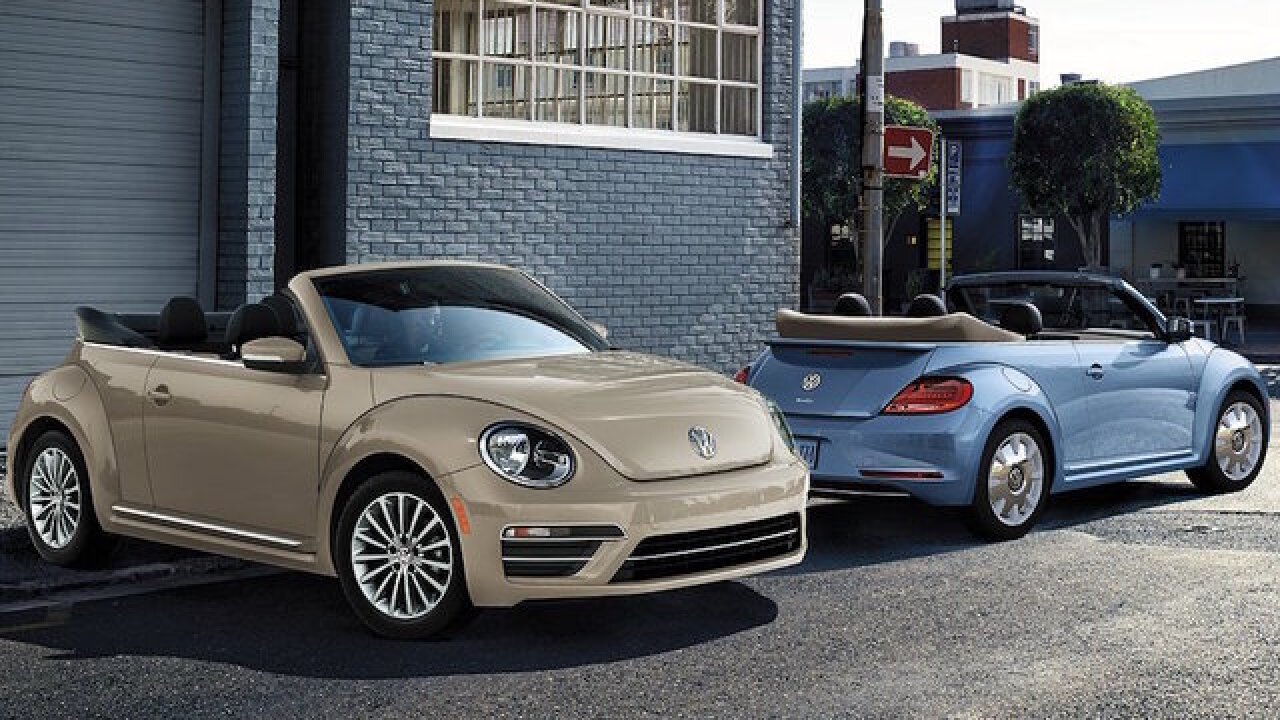 Copyright 2018 Scripps Media, Inc. All rights reserved. This material may not be published, broadcast, rewritten, or redistributed.
VOLKSWAGEN
<p>A Volkswagen rendering of the latest beetle.</p>

Prepare to bid auf wiedersehen to the Beetle.

Volkswagen said Thursday it will retire the bulbous car, one of the most recognizable vehicles ever made, next year.

For its grand finale, the German carmaker said it will produce a "Final Edition" Beetle series. It will be available in convertible or hardtop, with base prices of $23,045 for a coupe and $27,295 for a convertible

"The loss of the Beetle after three generations, over nearly seven decades, will evoke a host of emotions from the Beetle's many devoted fans," Volkswagen president and Hinrich Woebcken said in a statement.

The Beetle's legacy harkens back to the 1930s, when Ferdinand Porsche, the prolific engineer behind the famed luxury vehicle brand, decided to design a "People's Car" or "Volkswagen" in German.

The car entered mass production after World War II, and it debuted in North America in 1949, and within two decades, became one of the world's best-selling vehicles.

Its fame was solidified with Walt Disney's 1968 film "The Love Bug," which features a anthropomorphic Beetle named Herbie that makes a splash on the California racing circuit.

The original version of the Beetle, a rear-engined vehicle that owners often decked out in colorful paints during the flower power era of the 1960s and 70s, ended production in Mexico in 2003. More than 21 million were produced over the car's 65-year lifespan.

Volkswagen brought the Beetle back with new generations in 1998 and 2012.

But market trends have shifted drastically since the Beetle's heyday. Recently, consumers have been far more interested in SUVs and other spacious vehicles than compact cars.

"Unlike Ford's Mustang and, so far, Dodge's Challenger and Chevrolet's Camaro, Volkswagen will let an iconic model die rather than fight market trends," Karl Brauer, executive publisher of Autotrader and Kelley Blue Book, said in an emailed statement.

"In this environment the business case for cars in general, and small cars in particular, becomes increasingly difficult to justify," Bauer said. "Anyone surprised or disappointed by this announcement better prepare themselves. In the months to come more automakers will be announcing more iconic model cancellations."

But Volkswagen chief Woebcken left open the possibility that the Beetle may one day rise from the grave.

"I would also say, 'Never say never,'" he said in the statement.

The "Final Edition" Beetle will end production in Puebla, Mexico in July 2019.