Rolling Stone magazine up for sale 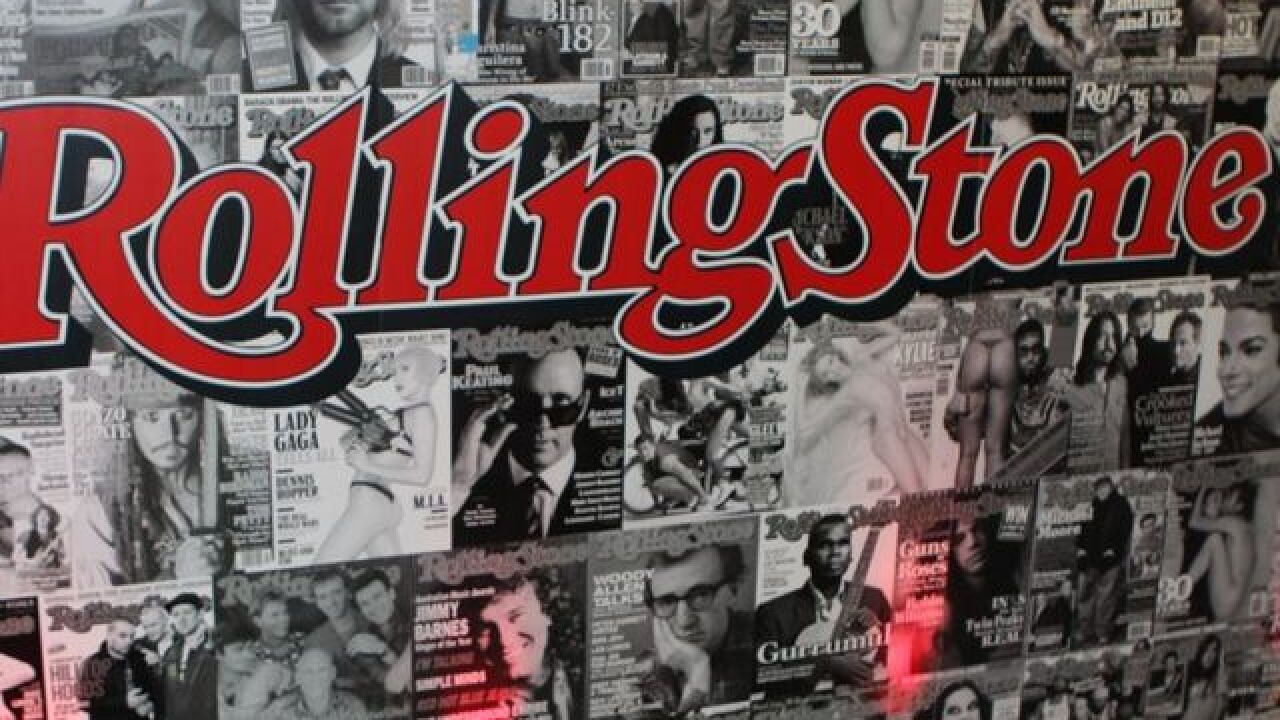 It's the end of an era. The iconic Rolling Stone magazine is up for sale.

The magazine's founder Jann Wenner and his son Gus Wenner announced the sale on Sunday.

The magazine has built a reputation over its 50-year history for being the voice for generations of music lovers, with a focus on pop culture and politics.

Its print and online publications reach 60 million people each month.

The New York Times first reported the sale following an interview with the men behind the brand.

"I love my job, I enjoy it, I've enjoyed it for a long time," the elder Wenner told the New York Times. But letting go was "just the smart thing to do," he told the newspaper.

Jann Wenner told the newspaper he hoped to find a buyer that understood Rolling Stone's mission and had "lots of money."

The younger Wenner, who is the president and chief operating officer of Rolling Stone's parent company, Wenner Media, said in a written statement that he is looking to "find the right home to build on our strong foundation and grow the business exponentially."

The sale is just the latest indication that Rolling Stone, like virtually all of print media, is battling a harsh economic climate. Nearly one year ago to the day, Wenner Media sold a 49% stake in the magazine to BandLab Technologies, a Singapore-based social music company. At the time, Gus Wenner characterized the deal as "purely a move and a partnership that is aimed at setting ourselves up with a plan and a strategy to be successful."

But now, 12 months later, the younger Wenner devised the sales plan to offload the other 51%, according to the New York Times.

Rolling Stone is by far the Wenner's most storied brand, but it is only the latest publication to be sold off by the family. In March, Wenner Media sold US Weekly to American Media Inc., the owner of supermarket tabloids like the National Enquirer.

Rolling Stone was once regarded as an arbiter of cool and its iconic covers vaulted young musicians to stardom. Its stable of writers, like Hunter S. Thompson, helped define a generation.

But Rolling Stone's journalistic reputation took a massive hit three years ago when it published a shocking story about campus rape at the University of Virginia that was later debunked.

A review by the Columbia Journalism School said Rolling Stone failed to adhere to basic principles of journalism.

In June, Rolling Stone reached a $1.65 million settlement with the UVA fraternity that sued the magazine over the way it was depicted in the discredited article. Two months before that, the magazine settled with a UVA administrator over her own portrayal in the piece for an undisclosed amount.