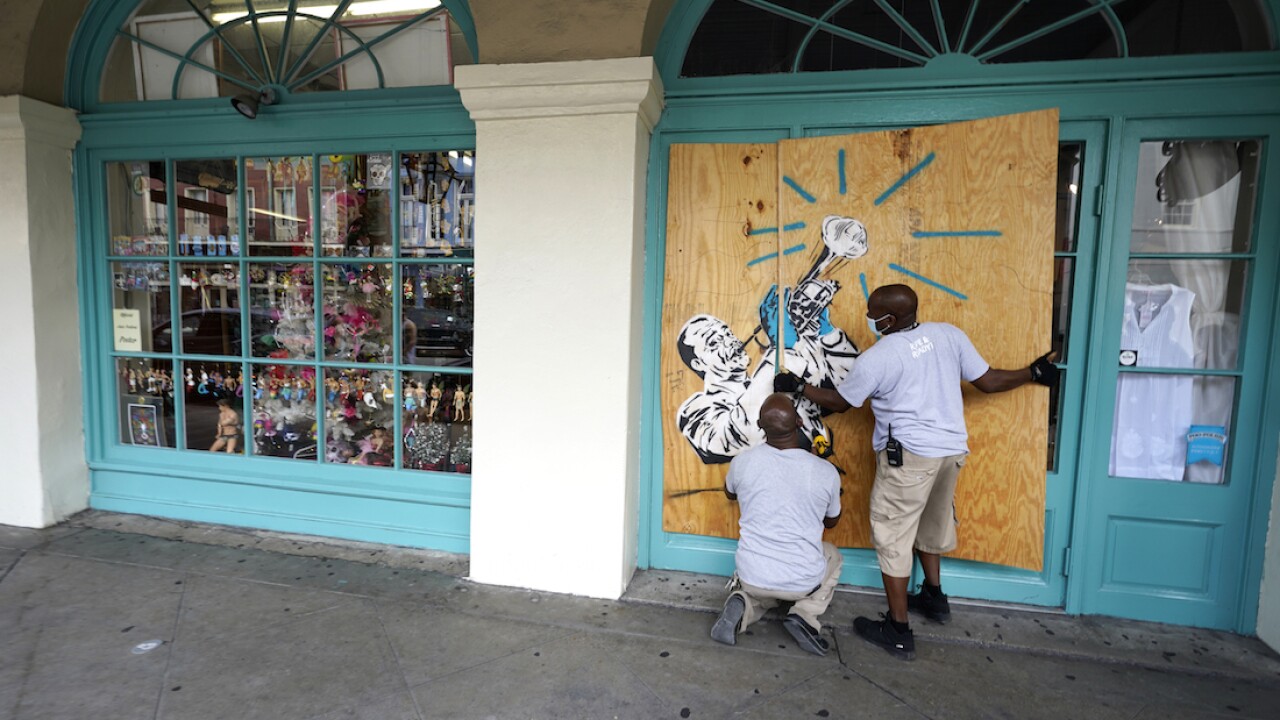 Copyright 2020 The Associated Press. All rights reserved.
Gerald Herbert/AP
Workers board up shops in the French Quarter of New Orleans, Sunday, Aug. 23, 2020, in advance of Hurricane Marco, expected to make landfall on the Southern Louisiana coast. (AP Photo/Gerald Herbert)

NEW ORLEANS (AP) — Residents are fleeing coastal areas in Louisiana as the state braces for a possible hit from consecutive hurricanes.

Louisiana Gov. John Bel Edwards says the fear is the state could see a heavy storm surge from Hurricane Marco, now in the Gulf of Mexico, and a second strike from Tropical Storm Laura before water from the first storm recedes.

Laura is now lashing islands in the Caribbean and could grow into a powerful hurricane.

The governor says "we've not seen this before."

As the storms approached, homeowners and tourists were leaving the barrier island of Grand Isle, south of New Orleans.