Navarro Fire grows to 1,100 acres near Sierrita Mountains
KGUN 9 On Your SideNewsAmerica in Crisis

Police release Breonna Taylor incident report, but it's nearly all blank and lists injuries as 'none' 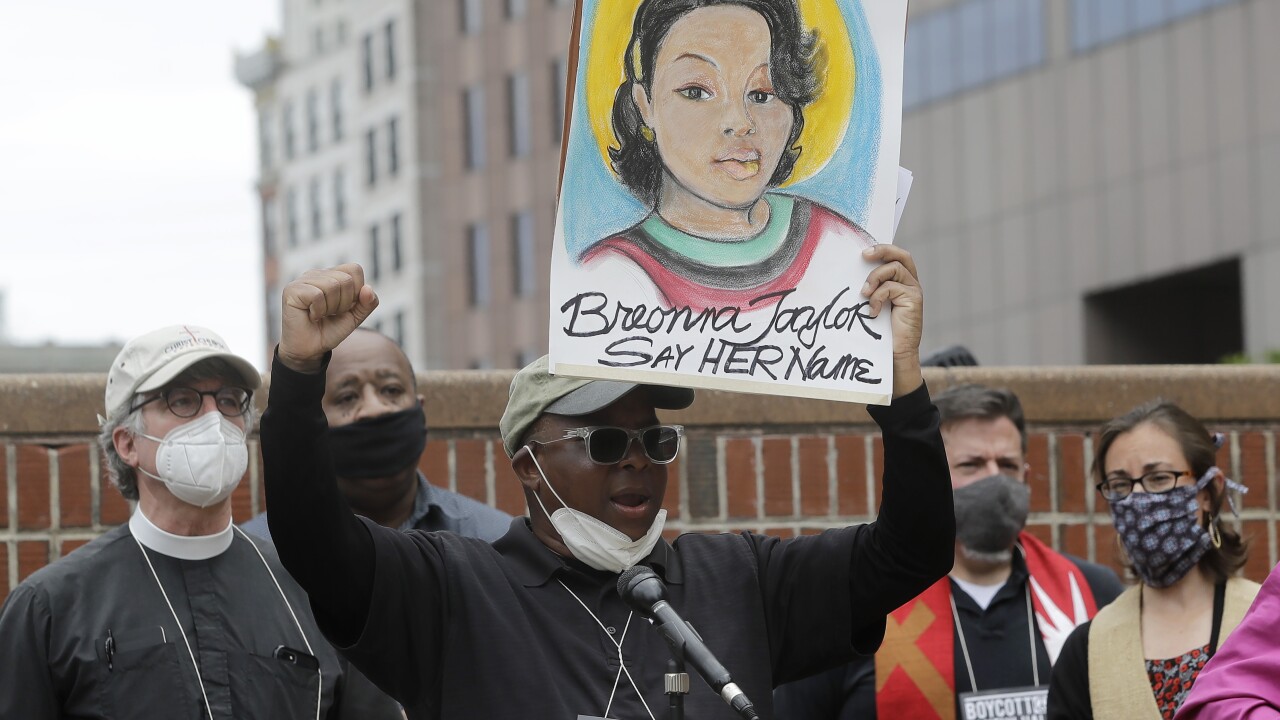 LOUISVILLE, Ky. – The Louisville Metro Police Department has released the incident report from the fatal shooting of Breonna Taylor in her apartment, but it’s almost entirely blank.

The release of the report comes nearly three months after the 26-year-old ER technician was shot and killed by officers in her South End home in the early morning hours of March 13.

The four-page report, obtained by the Courier Journal and New York Magazine, lists some basic details like the time, date, case number, incident location and the victim’s name and age.

The report also lists Taylor’s injuries as “none,” even though she was shot eight times before dying in the hall of her apartment.

Under charges, the document describes the incident as a “death investigation – LMPD involved” and says there was no forced entry, even though officers used a battering ram to knock down Taylor’s door.

Lastly, for the “public narrative” section of the report, the department only wrote “PIU investigation."

In a statement obtained by the Courier Journal, the police department acknowledged errors in the report and said they were the result of a reporting program creating a paper file.

The city’s mayor, Greg Fischer, has called the report “unacceptable.”

“Full stop. It’s issues like this that erode public confidence in @LMPD's ability to do its job, and that’s why I’ve ordered an external top-to-bottom review of the department,” wrote Fischer on Twitter Wednesday night. “I am sorry for the additional pain to the Taylor family and our community.”

Officers responded to Taylor’s home with a no-knock search warrant as part of a narcotics investigation. Records show that she was not the main target of the probe, but she and her apartment were named on the warrant.

During the incident, Taylor’s boyfriend, Kenneth Walker, has said that he thought the officers were intruders and fired a warning shot that struck one of the cops in the leg. He was arrested on an attempted murder charge that night, but that charge has since been dropped.

Since Taylor’s death, the three officers involved, and the detective who requested the no-knock warrant, have been placed on administrative reassignment, the Courier Journal reports. And, the FBI has launched its own investigation into the case.

"The FBI will collect all available facts and evidence and will ensure that the investigation is conducted in a fair, thorough and impartial manner," the FBI Louisville Field Office said in a statement. "As this is an ongoing investigation, we are not able to comment further at this time."