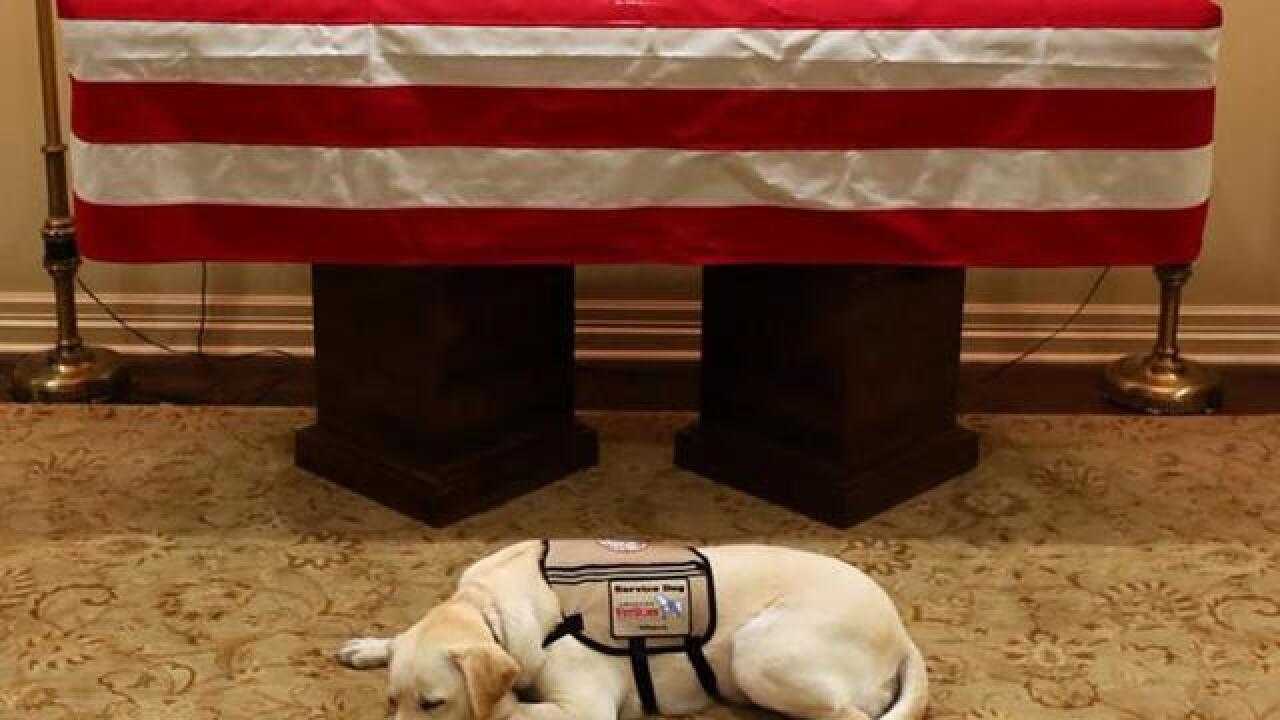 Sully H.W. Bush, a yellow Labrador service dog who worked with the late former President George H.W. Bush, will be traveling with Bush's casket on his flight to Washington, DC, according to a source familiar with the plans.

Jim McGrath, Bush's spokesman, posted an image of Sully next to Bush's casket on Sunday along with the caption, "Mission complete."

Sully is named after former airline pilot Chesley B. "Sully" Sullenberger III, who became famous for landing a damaged passenger jet on the Hudson River and saving all 155 passengers and crew in 2009.

A highly trained service dog, Sully will now go back into service to help other veterans and is going to Walter Reed National Military Medical Center, former President George W. Bush wrote in an Instagram post.

"As much as our family is going to miss this dog, we're comforted to know he'll bring the same joy to his new home, Walter Reed, that be brought to 41," Bush wrote.

Sully can perform a two-page list of commands, including answering the phone and fetching items.

He was trained by America's VetDogs and developed his own huge following on Instagram, @sullyhwbush. America's VetDogs is a charity that provides service dogs to veterans, active-duty service members and first responders with disabilities.

Sully went to work with Bush this summer after former first lady Barbara Bush passed away earlier this year.