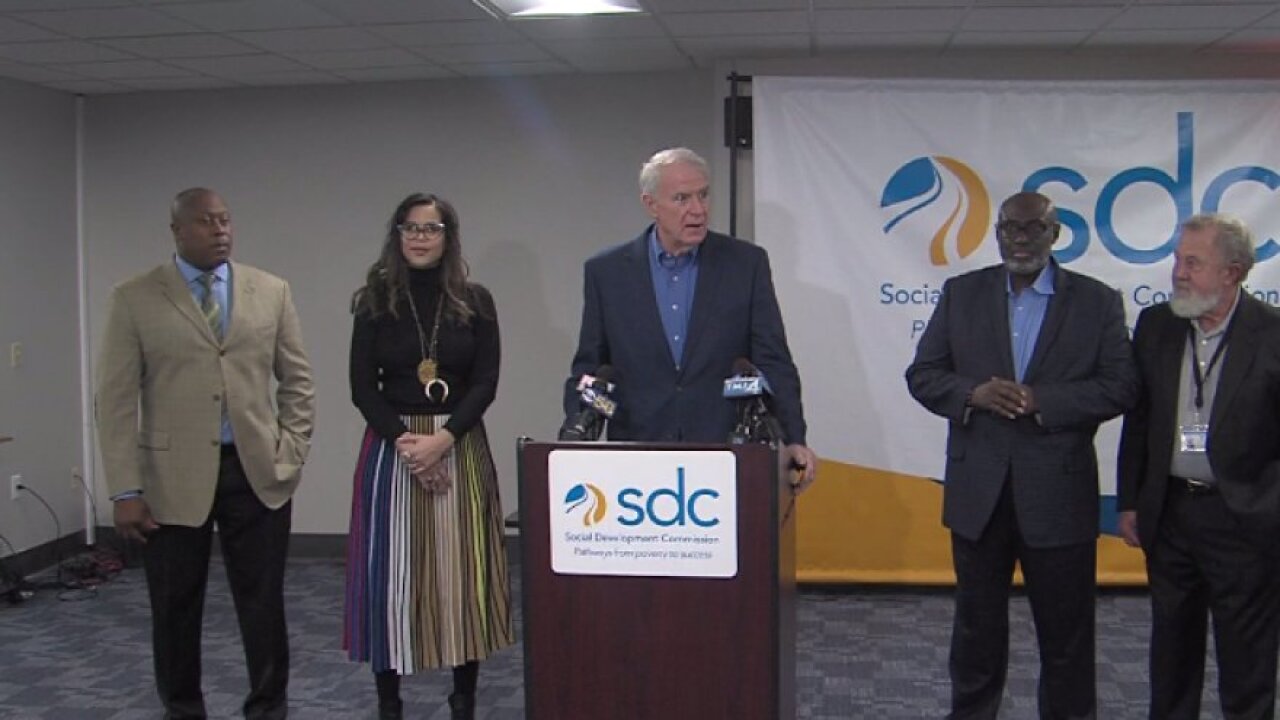 MILWAUKEE (WDJT) -- Thousands of Milwaukee children have too much lead in their systems.

On Sunday, Milwaukee Mayor Tom Barrett announced his plans to give millions from a federal grant to help with the city's lead crisis in 2020.

Mayor Barrett hopes to put more than $2 million from a federal block grant into tackling the city's lead problem. That money could help 40 homes in Milwaukee become lead free.

The money would also be used to train 30 people on lead removal found in paints and water pipes.

"One of the issues that we are dealing with is developing a workforce to deal with not only these homes but on an ongoing basis to have a pipeline of workers to help us," said Mayor Barrett.

"It affects the young people's ability to perform in school. There have been some studies that connect lead poisoning all the way to incarceration," said George Hinton, Chief Executive Officer, Social Development Commission.

George Hinton says lead is found in a number of poverty ridden neighborhoods in the city, but the ongoing lead removal effort is making a difference.

"There's two pockets. One on the south side, one on the north side, so I know that they're probably gonna concentrate their dollars in those areas but it's all throughout the city especially where they have the older homes," said Hinton.

"Since 2004, we have reduced the number of kids in Milwaukee who have been tested with lead poisoning by over 70%," said Mayor Barrett.

The $2.2 million dollars would fill the need for a local match in order for the city to receive a more than $5.5 million dollar lead grant.

Mayor Barrett says more money was also set aside for lead removal in next year's budget.

"The recommended funding today will be in addition to the over $21 million dollars that was included in my 2020 budget," Mayor Barrett said.

The reccomendation will go before the Common Council this week.

In addition to the millions of dollars that Mayor Barrett hopes to put towards tackling the lead problem in the city, the city's health department hopes to look for volunteers in the beginning of next year to help with lead removal efforts.