Batali has been accused of sexual misconduct. He has denied any wrongdoing.

A letter written by Joe Bastianich with B&B Hospitality Group says that Las Vegas Sands Corp. decided to end the relationship. The letter also says that the group will help employees transition into new positions.

An earlier report said that B&B was "actively negotiating" to buy out the celebrity chef.

Batali stepped down from daily operations of his restaurant empire and his cooking show after the allegations surfaced in December. Four women accused him of touching them inappropriately. 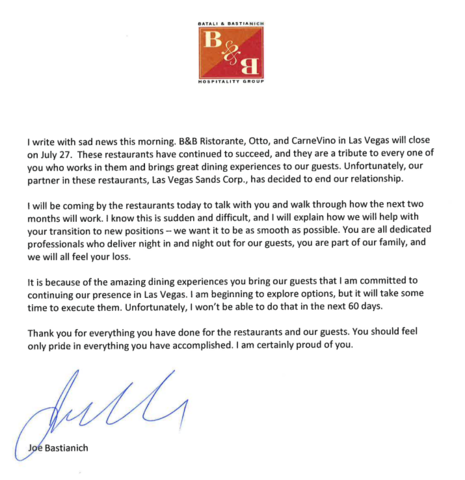