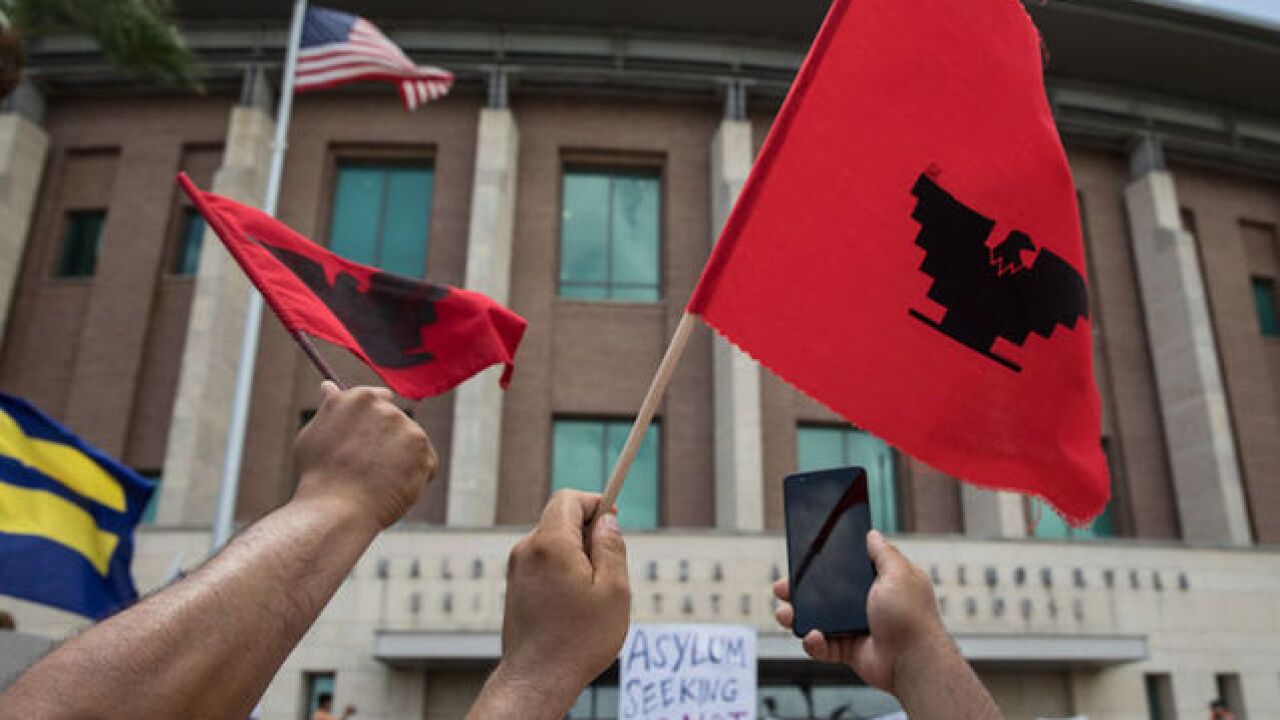 Image copyright 2018 Getty Images. All rights reserved. This material may not be published, broadcast, rewritten, or redistributed.
Tamir Kalifa
<p>Demonstrators hold up flags with an Aztec eagle, recalling the flag of the United Farm Workers, during a rally against the Trump administration's immigration policies across from the federal courthouse in Brownsville, Texas, on June 28, 2018. Despite the Trump administration ending the zero-tolerance policy toward immigration, demonstrators called for separated families to be reunited and protested the detention of children and families seeking asylum at the border.</p>

A federal judge on Monday ordered the US government to temporarily pause deportations of reunited families to allow attorneys time to debate whether he should more permanently extend that order.

San Diego-based US District Court Judge Dana Sabraw addressed the issue at the top of a status hearing in a continuing family separations case filed by the American Civil Liberties Union.

Sabraw ordered the pause to allow for a full written argument on the ACLU's request to pause deportations of parents for a week after reunification.

The ACLU argued that the week would be necessary for parents to have time to fully consider the decision whether to have their children deported along with them.

The ACLU's filing was made earlier Monday morning, and Sabraw gave the Department of Justice a week to respond.

But in the meantime, he ordered a "stay" of deportations until that issue can be litigated.

Lawyers for the ACLU said their motion was due to "the persistent and increasing rumors -- which Defendants have refused to deny -- that mass deportations may be carried out imminently and immediately upon reunification." They argue this issue is "directly related to effectuating the Court's ruling that parents make an informed, non-coerced decision if they are going to leave their children behind."

"A one-week stay is a reasonable and appropriate remedy to ensure that the unimaginable trauma these families have suffered does not turn even worse because parents made an uninformed decision about the fate of their child," the ACLU's lawyers added.