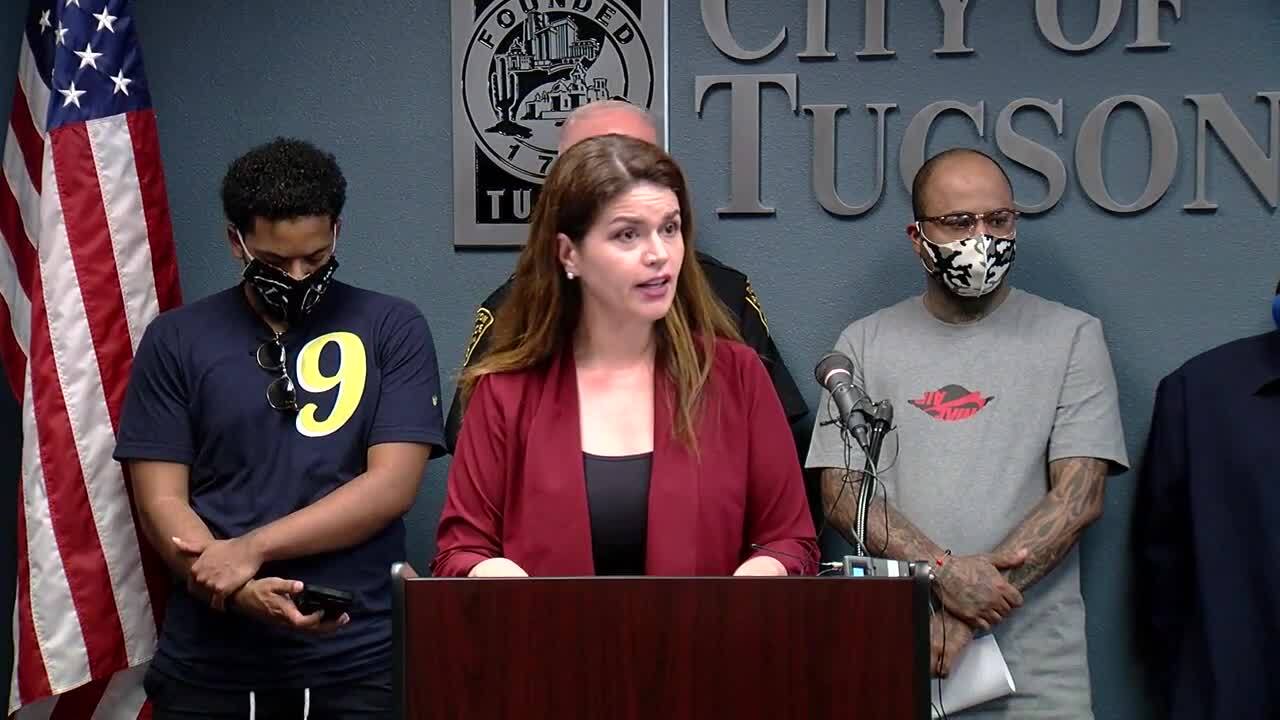 A group of 14 mayors from across the U.S. are calling for federal law enforcement and military to stop their deployment to cities in response to protests.

"We urge you to take immediate action to withdraw your forces and agree to no further unilateral deployments in U.S. cities," said the mayors' letter to Attorney General William Barr and Homeland Security Chad Wolf.

Portland Mayor Tom Wheeler has said that federal officers are not wanted in the city, where protesters have clashed with agents in recent weeks as nightly protests have happened in the wake of George Floyd's death.

Federal authorities have reportedly driven in unmarked cars in the cities and detained protesters.

The mayors' letter called the deployment of federal forces "unacceptable and chilling."

"In Portland, federal forces have used significant force against protesters on a nightly basis, including shooting one individual in the head with a munition, reportedly fracturing his skull," the mayors' letter said. "Others 'snatched' an individual from the street without proper identification and placed him in an unmarked vehicle. These are tactics we expect from authoritarian regimes — not our democracy."

“The Trump Administration’s decision to send unidentified federal agents into Portland to terrorize protesters who are exercising their First Amendment rights only sows more fear and division,” Bennet said in a news release. “America is not a battlespace. This should not be happening in a healthy democracy, and this legislation aims to prevent our federal government — including the president — from using these tactics.”

Colorado Gov. Jared Polis on Tuesday said "we have no indication or reason to believe" federal forces are being deployed to Colorado, where some protests have continued, both in response to Floyd's death and the death of Elijah McClain in Aurora.

"Based on what I've read in the press, I have concerns this is a violation of people's rights," Polis said. "I will be following this in the press, and I would be alerted if this were to occur in Colorado."

This story was originally published by Ryan Osborne at KMGH.