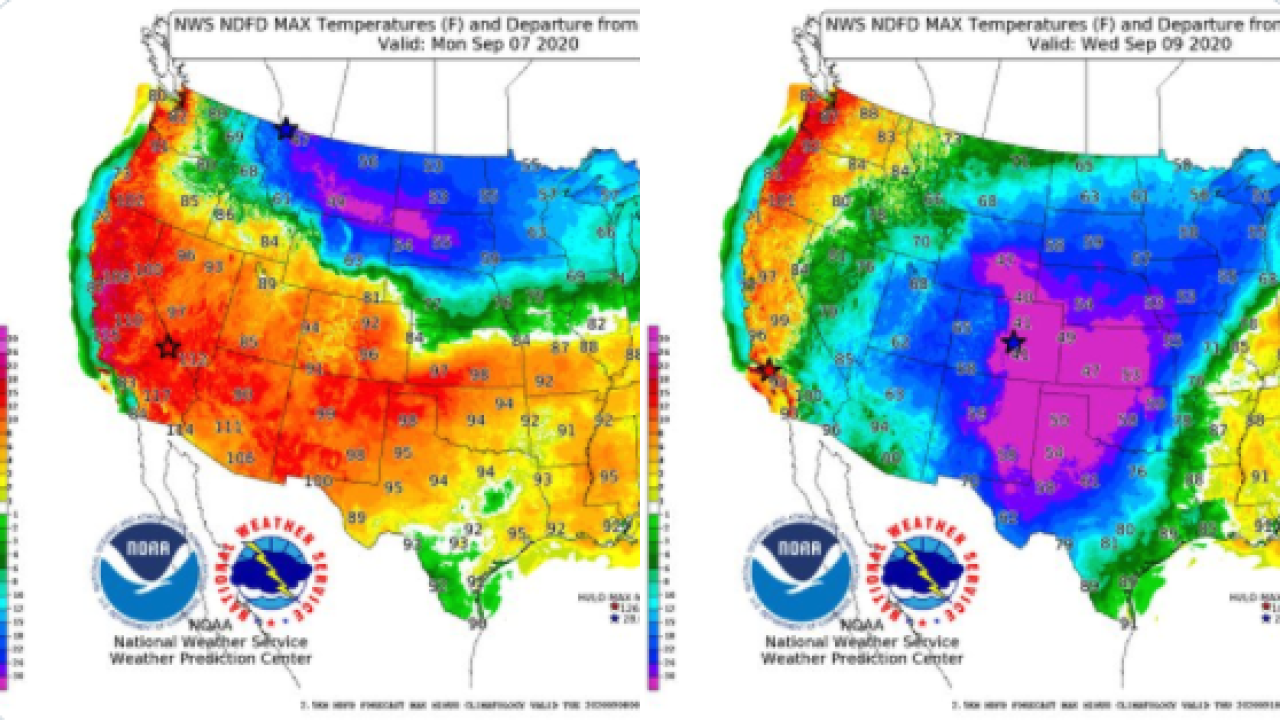 A cold front dropping down from Canada will be giving hundreds of thousands of people weather whiplash this week, with 30-to-50 degree 24-hour drops forecasted between Monday and Tuesday for sections of the Rocky Mountain west and western plains.

Excessive heat warnings are in effect from southern Oregon to southern Arizona on Monday, according to the National Weather Service. As an early season cold blast moves south, those will be replaced Tuesday with winter weather and frost warnings along the Rockies and western plains, and wind advisories in neighboring states.

The heat wave continues for one more day across the Southwest and California today. Well below and even record low temperatures are forecast in the Central U.S. by Wednesday. https://t.co/VyWINDk3xP pic.twitter.com/PODhGiLPaj

Parts of the greater Salt Lake City area are being warned about 30-to-60 mph winds Monday, capable of knocking out power and causing property damage. Then a drop of about 40 degrees to Tuesday.

Denver will see temperatures in the low 90s Monday, then drop to the 30s on Tuesday with 6-to-10 inches of snow possible.

Denver's earliest snow of the season came Sept. 3, 1961, when a Labor Day storm brought 4.2 inches to the old Stapleton Airport and dumped nearly a foot in the foothills.

Those living in Nebraska and Kansas will both see 30 degree temperature drops between Monday and Tuesday, with rain and thunderstorms possible.