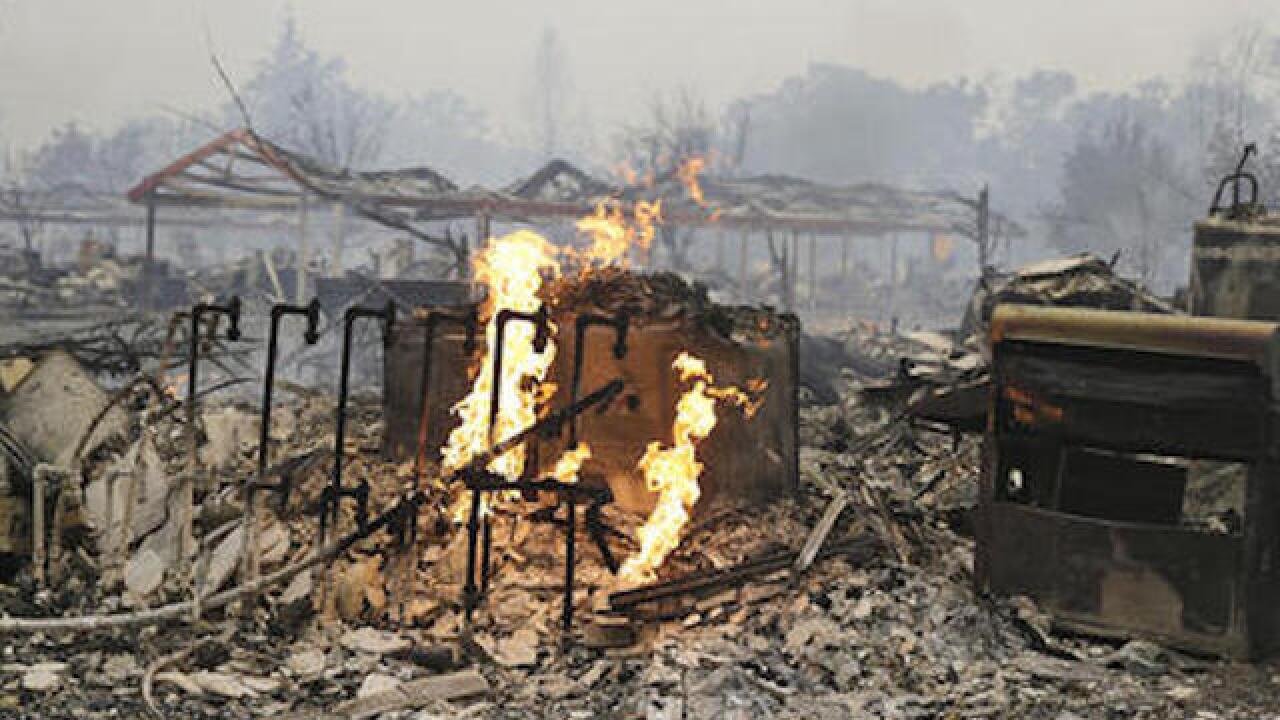 The California Department of Forestry and Fire Protection released a detailed report into the cause of the 120-square-mile wildfire that devastated a large portion of rural Lake County and parts of Napa County about 90 miles north of San Francisco in September 2015.

The wiring of the hot tub on a residential property in Cobb, California, "was not installed according to building code," investigators found.

Forestry officials say they have forwarded the report to Lake County District Attorney Don Anderson, who didn't immediately return a call from The Associated Press.

Anderson told the San Francisco Chronicle that he was considering whether to file criminal charges.

The fire was the state's third most destructive and forced the evacuation of thousands of residents and businesses. An additional person is missing and presumed dead, but no body has been found, officials said.

Many are still rebuilding. State officials say the cost of the damage will exceed $1.5 billion.