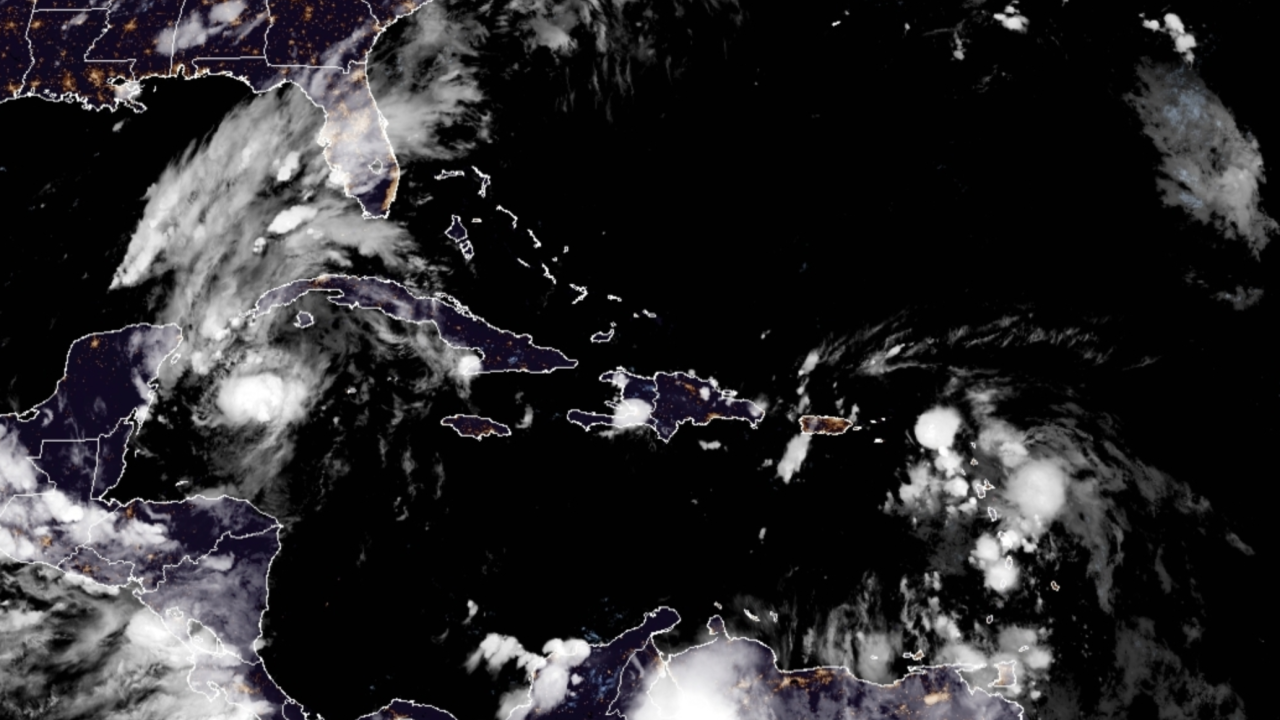 Marco has top winds of 40 MPH, but is expected to gain strength by the time it reaches the Gulf of Mexico. As of late Friday, however, the storm is not forecast to reach hurricane strength.

The storm is then expected to head for the Texas or Louisiana coast.

In the meantime, Marco is expected to hit Mexico’s Yucatan Peninsula this weekend.

Tropical Storm Laura is also headed toward the Gulf of Mexico, but instead of approaching from the South like Marco, Laura is coming from the east.

Laura has top winds of 45 MPH as of late Friday. Before reaching the Gulf of Mexico, it is expected to skirt Puerto Rico and Hispaniola and Florida.

The combination of Marco and Laura could cause havoc for emergency managers next week. Laura could two US mainland landfalls – the Florida east coast and somewhere in the Gulf of Mexico.