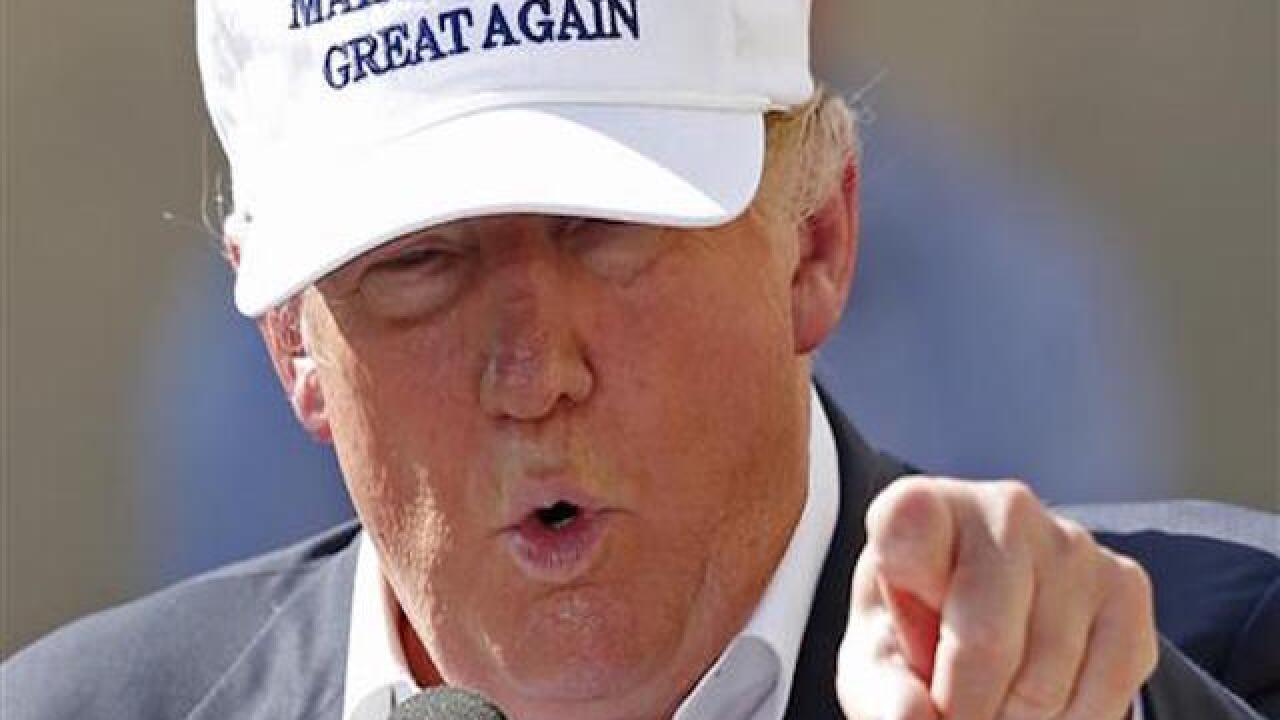 JERSEY CITY, N.J. (AP) — Republican Donald Trump will deliver a speech on veterans' issues Monday, his latest in a series of prepared remarks aimed at articulating his policy agenda and convincing still-reticent Republicans that he has the discipline and control to mount a credible general election bid against likely rival Hillary Clinton.

"We made a promise to these heroes. You defend America, and America will defend you," Trump is expected to say in the speech, according to excerpts provided by his campaign.

Trump is also expected to hammer the Obama administration for the 2014 Veterans Affairs scandal over long wait times for veterans seeking medical care and falsified records by VA employees to cover up the delays.

"The VA scandals that have occurred on this Administration's watch are widespread and inexcusable," he is expected to say. "Fixing this corruption will be one of my highest priorities - and it will happen. It will be fixed."

The presumptive GOP nominee will be speaking in Virginia Beach, Virginia, not far from the USS Wisconsin in Norfolk, where he first unveiled his plan to reform the Department of Veterans Affairs last October, promising to modernize the system, while minimizing wait times for patients and improving care.

"The current state of the Department of Veterans Affairs is absolutely unacceptable," read the plan that Trump unveiled last fall. "The guiding principle of the Trump plan is ensuring veterans have convenient access to the best quality care."

Under the plan he unveiled then, eligible veterans would be able to bring their veterans' identification cards to any private doctor or facility that accepts Medicare and be able to receive immediate treatment. The change, he argued, would help improve wait times and services by adding competition.

The proposal sounded similar to the Veterans Choice program, a centerpiece of the 2014 VA overhaul, which provides veterans access to federally-paid medical care from local, non-VA doctors — but only if they've waited at least 30 days for a VA appointment or live at least 40 miles away from a VA medical center.

A congressional commission report released last week recommended replacing the program with a new, nationwide community care network that would be open to all veterans, regardless of how long they have waited for care or where they live.

Trump is expected to continue making the case for veterans to use any doctor they choose, including those outside VA centers.

"Veterans should be guaranteed the right to choose their doctor and clinics, whether at a VA facility or at a private medical center," he is expected to say. He will also continue to push for improved mental health services and new efforts to help veterans find jobs when they return home.

His 10 steps will include overhauling current visa programs "to ensure American Veterans are in the front, not back, of the line." He will also pledge to discipline federal workers who abuse the system and appoint a commission to investigate the VA and present its findings to Congress. It is unclear how that commission would be different from the one that unveiled its findings last week.

Trump has been working to repair his relationship with veterans since he suggested early in his campaign that Sen. John McCain was not a war hero because he was captured during the Vietnam war. Trump also raised eyebrows earlier this year when he failed to immediately disclose which veterans' charities he'd given money to following a fundraiser he'd held in place of a GOP debate.

In the plan announced last fall, Trump had broken with some Republicans who'd called for privatizing the VA in the wake of the 2014 scandal.

"Some candidates want to get rid of it, but our veterans need the VA to be there for them and their families," Trump said then.

The VA still has "profound deficiencies" in delivering health care to veterans, according to the Commission on Care report. It concluded the VA delivers high-quality health care, but that it is inconsistent from one site to the next and that problems with access remain.