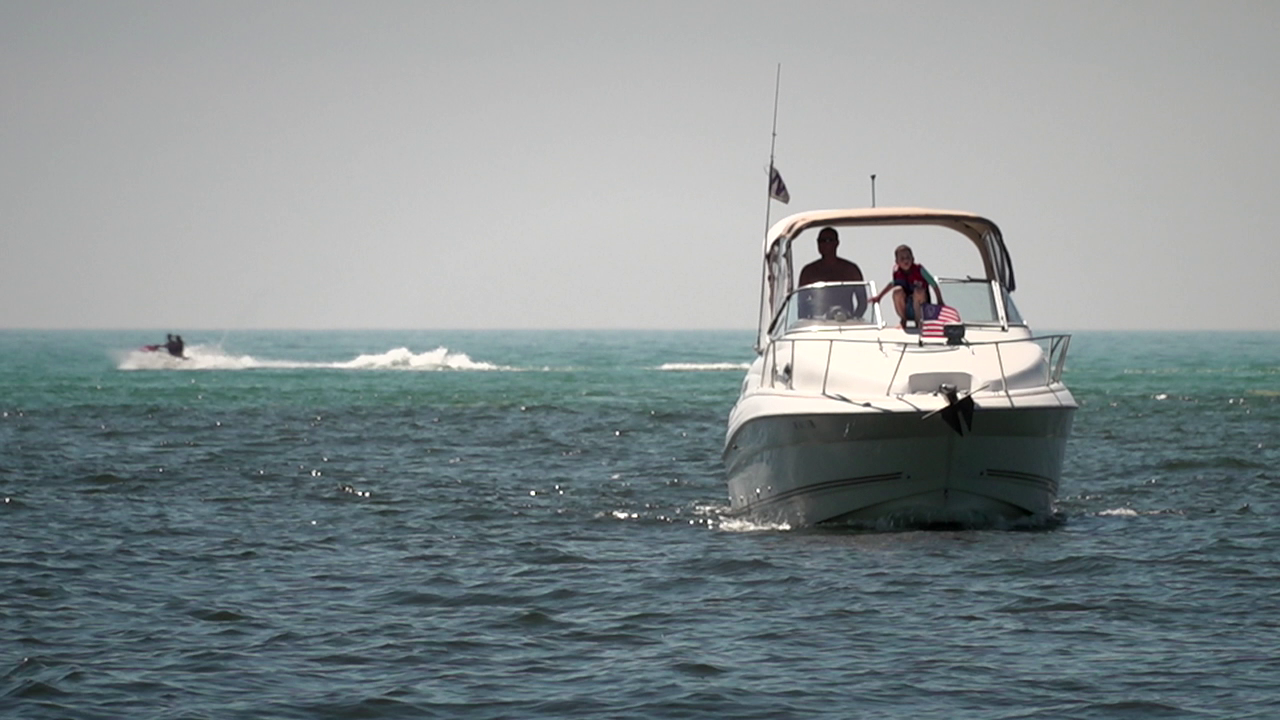 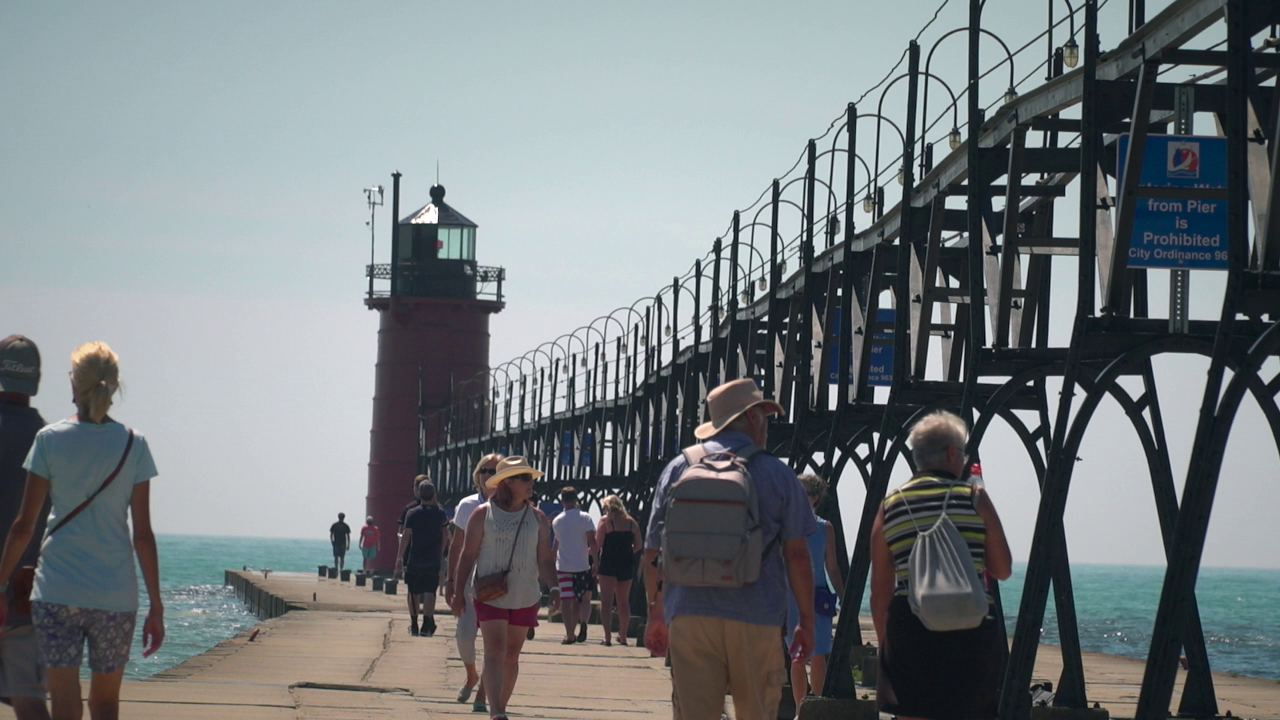 SOUTH HAVEN, Mich. -- Those stuck at home and going stir crazy many have begun venturing out this summer. Air and car travel have been steadily increasing in recent months and visits to lakefront resorts have been on the rise. But some worry the economic boost in tourism could be short-lived.

Located along the shores of Lake Michigan, the resort town of South Haven is a drivable oasis for busy urban dwellers looking for a quick escape like Naperville, Illinois, resident Edward Marcin.

“People are friendly. The water here the boats… it’s almost like going to New England in two and a half hours,” says Marcin.

Scott Reinert, the executive director of the South Haven, Van Buren County Convention and Visitor’s Bureau says the tourism economy here brings in about $85 million of revenue to the area each year.

“Lodging represents a little over 20 percent of the total spend when visitors come in,” he says.

But the pandemic shutdown wiped out 10 weeks of business. Revenues for the beachfront community were down 90 percent.

“They essentially put us out of business,” says John Marple. He owns the Old Harbor Inn in South Haven.

Forced to lay off his entire staff, Marple lost 20% of his gross income.

Federal stimulus dollars he says helped him keep from going under.

But once the state allowed for reopening in early June, business began booming. It took just days for rooms to sell out completely through July and even into august.

“The online reservations just blew up. I had the highest sales month I ever had in June of this year,” says Marple.

It’s so busy Marple has removed the inn from travel sites like Expedia and Booking.com.

Today, the town is bustling with tourists. The beaches are completely packed. Housekeeping can barely keep up with the enhanced disinfecting process.

“Right now, it takes us approximately 45 minutes longer to properly prepare a room for a new guest by doing all the sanitation,” says Marple.

Door stickers now indicate when a room has been cleaned and that no one has been inside. But rising COVID-19 cases and hospitalizations in many states are changing consumer attitudes towards travel plans.

“With so many visitors coming in from in some cases hotspots from around the state or around the Midwest,” says Reinert. “You know, how long can we stay safe?”

According to a travel survey conducted this month by Longwoods International, 76% of travelers say the will change their plans because of coronavirus. That’s up from 69% at the beginning of June. And 45% say they will cancel trips completely. That’s up from 37% in June.

“The past week for sure we have seen a rash of cancellations,” says Marple.

While the current increase in tourism has helped recover some losses, another shut down Marple worries could be devastating to the seasonal businesses here.

“I do worry that business may not return like it has in the past. I think this is going to be an issue for quite some time," he said.