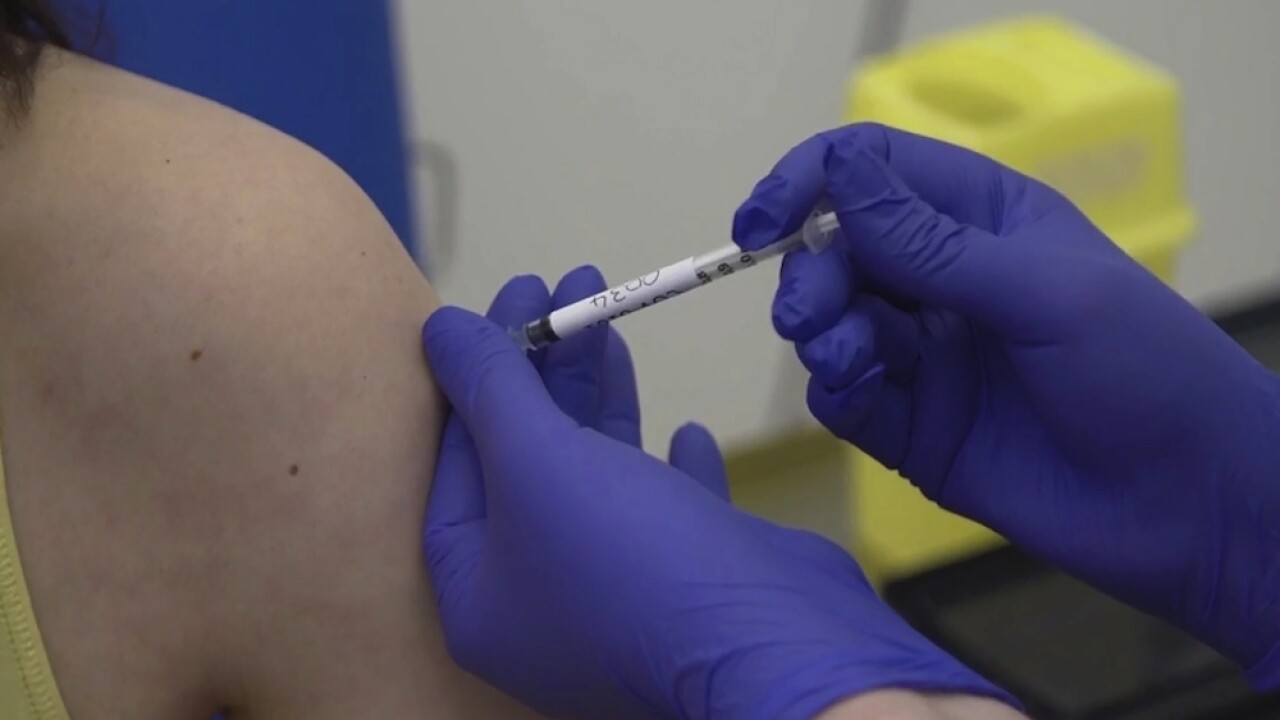 Pool/AP
Screen grab issued by POOL showing microbiologist Elisa Granato,32, being injected as part of human trials in the UK for a coronavirus vaccine as Oxford University vaccine trial for Coronavirus begins. PA Photo. Issue date: Thursday April 23, 2020. See PA story HEALTH Coronavirus. Photo credit should read: Pool/PA Wire NOTE TO EDITORS: This handout photo may only be used in for editorial reporting purposes for the contemporaneous illustration of events, things or the people in the image or facts mentioned in the caption. Reuse of the picture may require further permission from the copyright holder.

Only about half of Americans say they would get a vaccine for COVID-19 if one becomes available, according to a survey from The Associated Press-NORC Center for Public Affairs Research.

Another 31% of respondents said they "weren't sure" if they would get the vaccine, while about 20% said they would refuse it.

Polling shows that safety regarding the vaccine is American's top fear. Of those who said they won't get the vaccine, 70% say it's due to safety concerns. In contrast, 70% of Americans who would get a vaccine say that life won't return to normal until one is made available.

Scientists around the world are currently racing to develop a vaccine. According to the Associated Press, there are about a dozen leading vaccine candidates worldwide, including one candidate developed by the Moderna which has already proved to be effective in small trials and is currently moving on to larger rounds of testing.

According to The Associated Press, health experts are worried that public opinion regarding a potential coronavirus vaccine could fall further should ambitious promises — like the one made by President Donald Trump to have a national stockpile of a viable vaccine by Jan. 1 — fail to deliver.