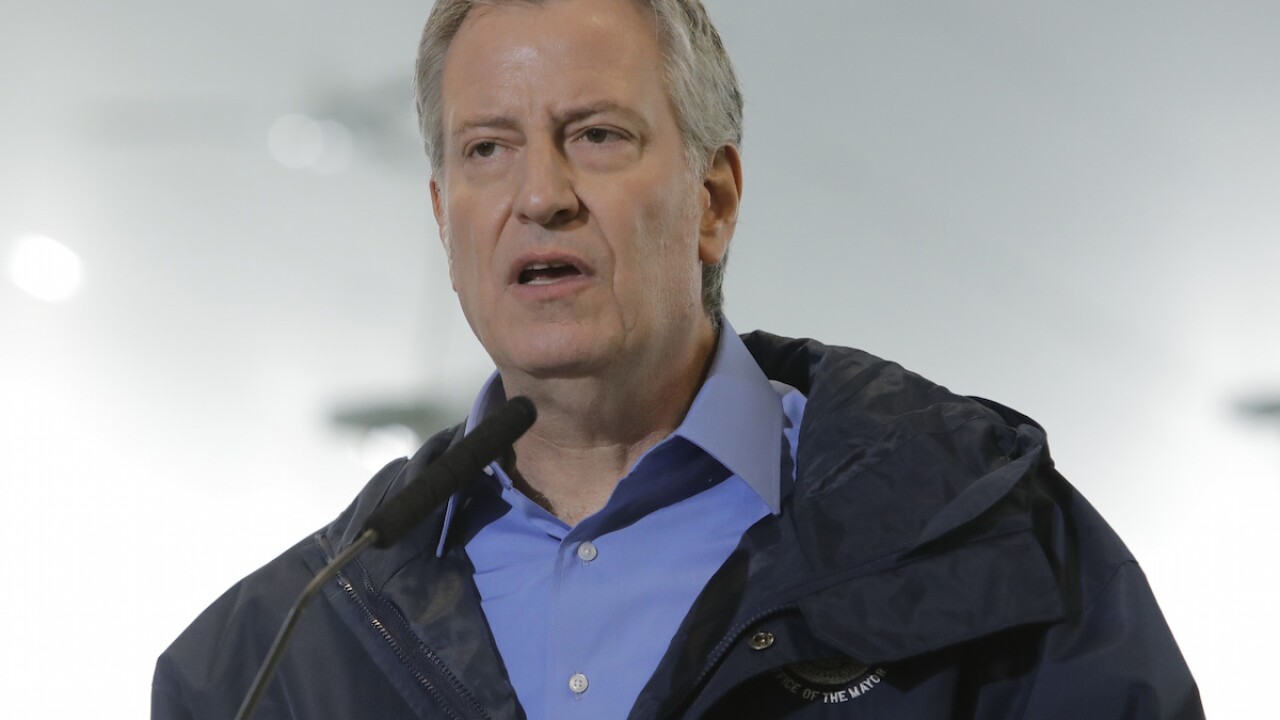 Copyright 2020 The Associated Press. All rights reserved.
Frank Franklin II/AP
FILE- In this March 31, 2020 file photo, New York City Mayor Bill de Blasio speaks at the USTA Indoor Training Center where a 350-bed temporary hospital will be built to support efforts in fight against COVID-19 in New York. On Thursday, April 30, 2020 another confrontation between members of New York City’s Hasidic Jewish community and police came two days after the mayor stoked divisions with a series of tweets after going to Brooklyn to oversee the dispersal of thousands of people who crowded the streets of Williamsburg for the funeral of rabbi. (AP Photo/Frank Franklin II, File)

The mayor said Thursday that businesses are not supposed to "make up their own rules and jump the gun."

New York City is the only jurisdiction in the state that has not met Gov. Andrew Cuomo's guidelines for the first phase of New York's four-part reopening process.

De Blasio said he expects the city to enter Phase 1 during the first two weeks of June.

But some merchants either have already opened their businesses or have said they plan to.