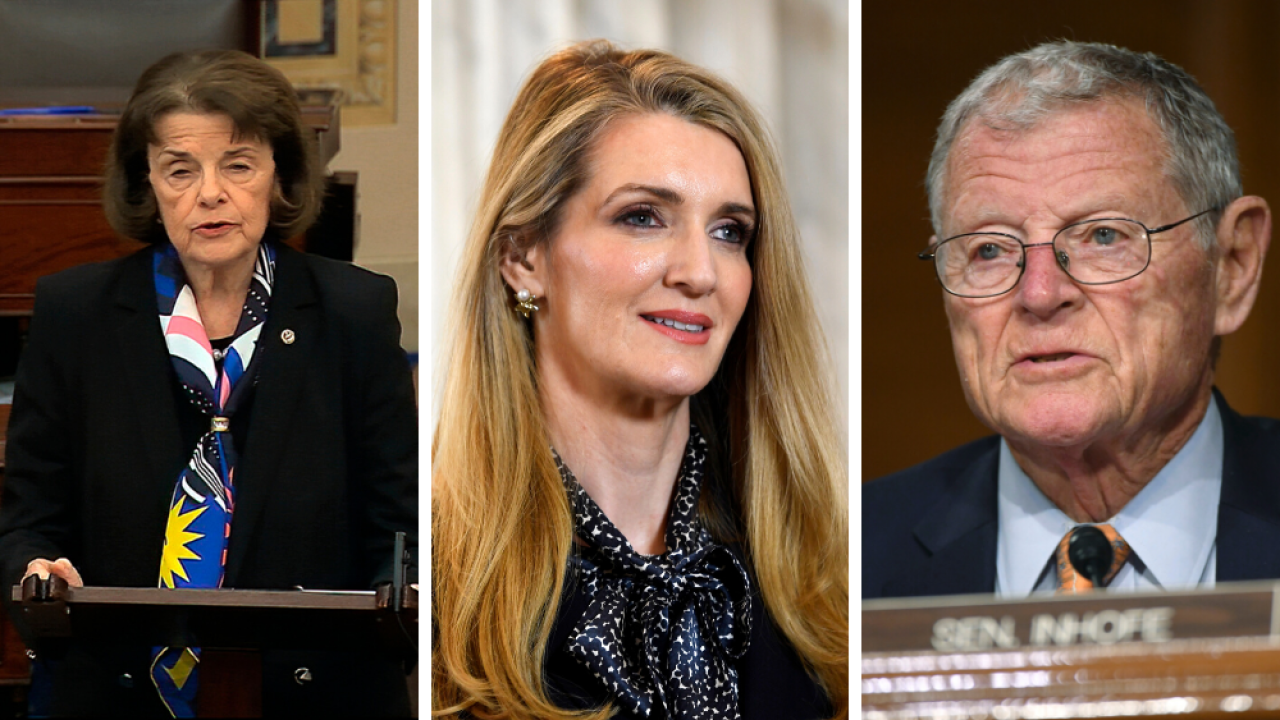 Investigations into Sens. Feinstein, Loeffler and Inhofe regarding their sale of stock ahead of the pandemic have been closed. (Associated Press)

WASHINGTON — Sens. Dianne Feinstein (D-California), Kelly Loeffler (R-Georgia) and Jim Inhofe (R-Oklahoma) have been informed that the Justice Department has closed investigations into their stock trades, according to people familiar with the notifications.

The senators came under scrutiny for transactions made in the weeks before the coronavirus sent markets downhill.

The developments signaled that federal law enforcement might be narrowing its focus in the stock investigation to North Carolina Sen. Richard Burr.

Agents showed up at his Washington-area home two weeks ago with a warrant to search his cellphone. Hours later, Burr stepped aside as the head of the Senate Intelligence Committee.

Earlier this year, Pro Publica reported that Burr sold between $628,000 and $1.72 million just ahead of a market crash linked to the coronavirus pandemic. As chair of the Intelligence Committee, Burr was receiving briefings regarding the virus' potential impact in America.

Reports indicate that while Burr was publicly telling Americans that they did not need to worry about the virus, he was telling well-connected donors at private events that COVID-19 would have a major impact on the daily lives of average Americans.

According to The Associated Press, Loeffler and her husband dumped large potions of their stock portfolios and purchased new stocks around the time Congress was being briefed about the virus. Loeffler is married to Jeffrey Sprecher, the chairman of the New York Stock Exchange. She says their portfolio is maintained by third-party brokers.

In a statement, a spokesperson said that the latest update "affirms what Senator Loeffler has said all along – she did nothing wrong.” Loeffler, who was appointed to replace Senator Johnny Isakson in January, faces a re-election bid in November.

The AP reports the Feinstein's husband sold between $1.5 million and $6 million worth of stock in Allogene Therapeutics before the market drop. Inhofe sold between $395,000 and $850,000 prior to the crash, according to the AP.