Fauci says he wears a mask as a sign of respect, adds it's 'the kind of thing you should be doing' 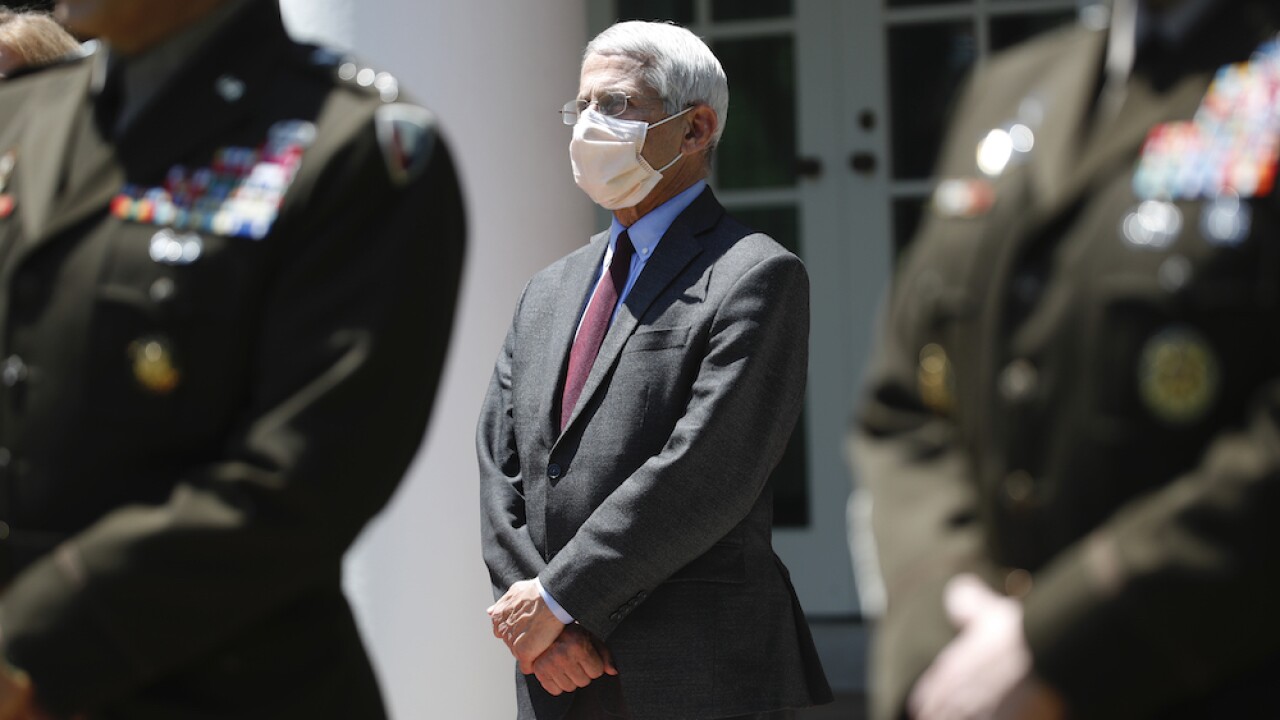 Copyright 2020 The Associated Press. All rights reserved.
Alex Brandon/AP
Dr. Anthony Fauci, director of the National Institute of Allergy and Infectious Diseases, listens as President Donald Trump speaks about the coronavirus in the Rose Garden of the White House, Friday, May 15, 2020, in Washington. (AP Photo/Alex Brandon)

Dr. Anthony Fauci said in an interview on Wednesday that he believes that wearing a mask during the coronavirus pandemic is a sign of respect to others.

Fauci, the Director of the National Institute for Allergies and Infectious Diseases, made the comments during an interview with CNN on Wednesday morning.

He added that while masks aren't 100% effective, he believes it's the "kind of thing you should be doing" during the pandemic.

"I do it when I'm in the public for the reasons that A, I want to protect myself, and protect others, and also because I want to make it be a symbol for people to see that that's the kind of thing you should be doing," he said.

The CDC already recommends that all Americans wear a mask when in situations while in large groups where social distancing could be difficult.

Fauci's comments come as the issues of masks have become a divisive political issue as the virus continues to spread. Though President Donald Trump briefly wore a mask while touring a Ford plant in Michigan last week, he has chosen not to wear them during visits to other plants. Earlier this week, Trump retweeted a political pundit that implied Trump chooses not to wear a mask because of looks.

On Tuesday, Virginia Gov. Ralph Northam ordered that all Virginians wear a mask while indoors in public buildings — an order that most states have chosen not to implement.