Chris Christie: 'I was wrong' not to wear a mask in the White House 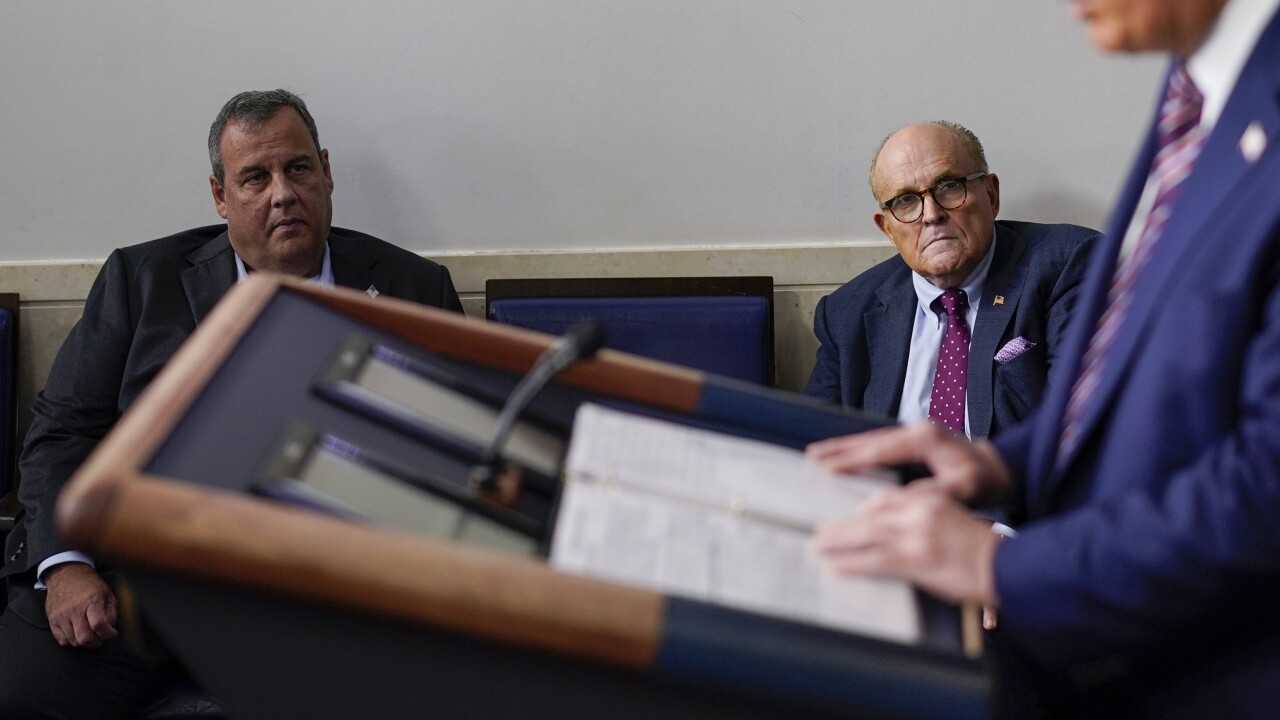 After former New Jersey Gov. Chris Christie’s stay in the hospital, Christie told the New York Times on Thursday he was “wrong” not to wear a mask inside the White House before becoming infected with the coronavirus.

Christie, President Donald Trump, and a number of others who had contact with Trump and his staff, tested positive for the coronavirus several weeks ago. Christie spent nearly a week in the hospital, and he told the New York Times he was in the intensive care unit.

Christie, who has since been released from the hospital and is recovering, expressed regret for his actions inside of the White House. Christie was among a group of GOP advisers helping Trump with preparing for the Sept. 30 debate.

Christie said that the public should take the virus seriously.

“I hope that my experience shows my fellow citizens that you should follow CDC guidelines in public no matter where you are and wear a mask to protect yourself and others,” he told the Times.

Kellyanne Conway, who also was on Trump’s debate prep team, tested positive for the coronavirus.

A contingent of others who attended Barrett’s nomination ceremony tested positive for the virus, including three US senators, Notre Dame President John Jenkins, and an unnamed White House journalist.

The virus also reached others in the presidential family, with both first lady Melania Trump and son Barron Trump testing positive. Other aides, including Kayleigh McEnany, Hope Hicks, and Stephen Miller, also confirmed they tested positive for the virus.

While Christie came to terms with the seriousness of his infection, Trump has largely brushed off his ailment. Trump was rushed to the hospital by Marine One on October 2, and he stayed there for nearly 72 hours. Presidential physician Dr. Sean Conley released multiple statements downplaying Trump’s prognosis, only for Conley to later reveal more serious details of Trump’s diagnosis.

It was learned in the days following Trump’s positive coronavirus test that he ran a significantly high fever and needed supplemental oxygen.

Following his 10-day isolation period, Trump immediately held a public event at the White House, inviting hundreds of people who sat shoulder to shoulder, many of whom without masks. He then has been holding rallies on a daily basis since Monday.

Dr. Anthony Fauci said that holding such events is risky.