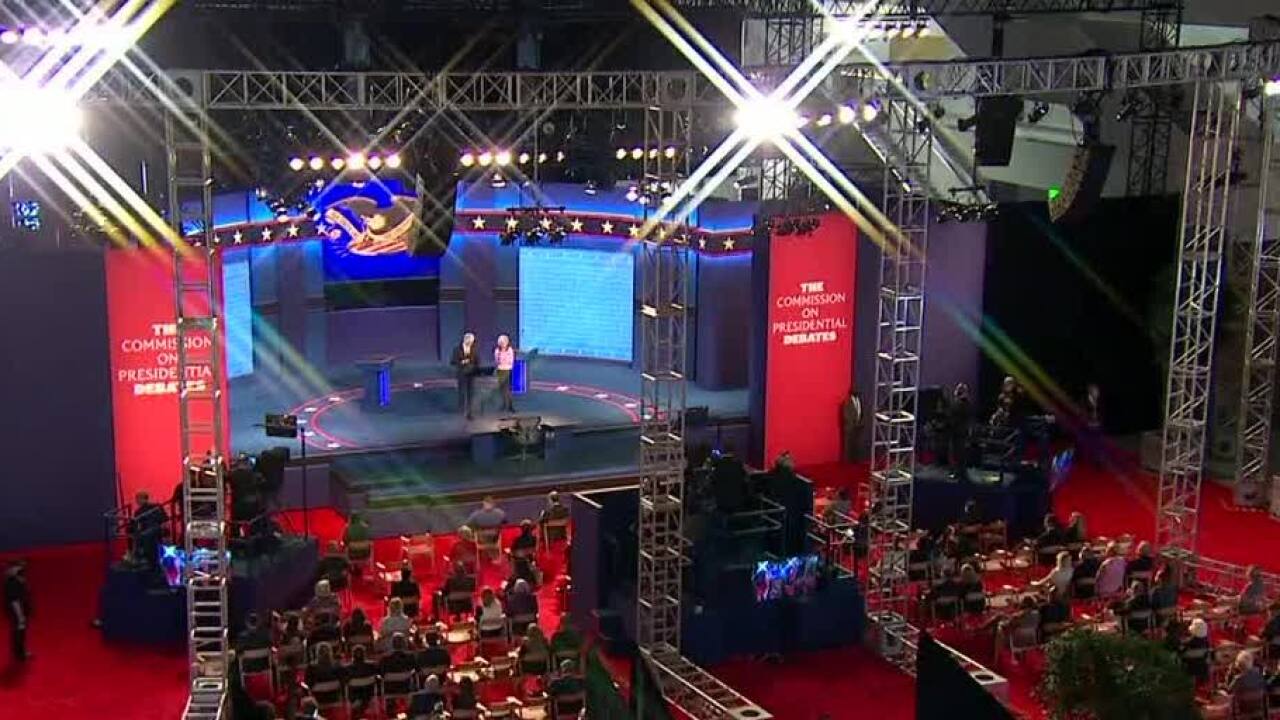 CLEVELAND, Ohio - The City of Cleveland is aware of 11 COVID-19 cases “stemming from pre-debate planning and set-up,” according to a news release from the city sent Friday afternoon.

The city said the majority of cases occurred among out-of-state residents, and at this time, no Cleveland residents have contracted the virus as a result of the debate.

The City of Cleveland is working with the Ohio Department of Health, the CDC, and the Cleveland Clinic to contact, interview, issue isolation orders and provide guidance to the individuals who tested positive as part of the debate, the release states.

The city’s current contact tracing process involves interviewing the person who tested positive, asking who they live with, who they care for, what work they do, and if they have attended any mass gatherings.

Those whose cases stem from the debate will also be asked who they are employed by, who they were in contact with at the debate, how they got to the debate, how long they were there, and if they did any traveling or attended any other mass gatherings recently.

Cleveland officials advise anyone who has come in contact with someone who tested positive to self-quarantine. Anyone who was in attendance at the debate who has concerns or symptoms should contact their healthcare provider.

“With this event, we know a large number of those in attendance live in another state,” the city stated. “That is why our partnerships with ODH and the CDC are vital.”

On Friday, 92 new COVID-19 cases were reported in Cuyahoga County, the largest number in nearly a month. Ohio as a whole saw a spike in coronavirus cases Friday, with 1,495 new cases reported, the highest number since July 31.

Cleveland Clinic, which was responsible for the health and safety protocols during the debate, released this statement:

“Our thoughts are with the President, First Lady, and all of our guests. As health advisor to the Commission on Presidential Debates and the host site, we had requirements to maintain a safe environment that aligns with CDC guidelines- including social distancing, hand sanitizing, temperature checks, and masking. Most importantly, everyone permitted inside the debate hall tested negative for COVID-19 prior to entry. Individuals traveling with both candidates, including the candidates themselves, had been tested and tested negative by their respective campaigns.

"Based on what we know about the virus and the safety measures we had in place, we believe there is a low risk of exposure to our guests. Out of an abundance of caution, we are reaching out to our guests to address any questions and concerns. We will continue to monitor the information being released by the White House.”

This story was first reported by Ian Cross at WEWS in Cleveland, Ohio.