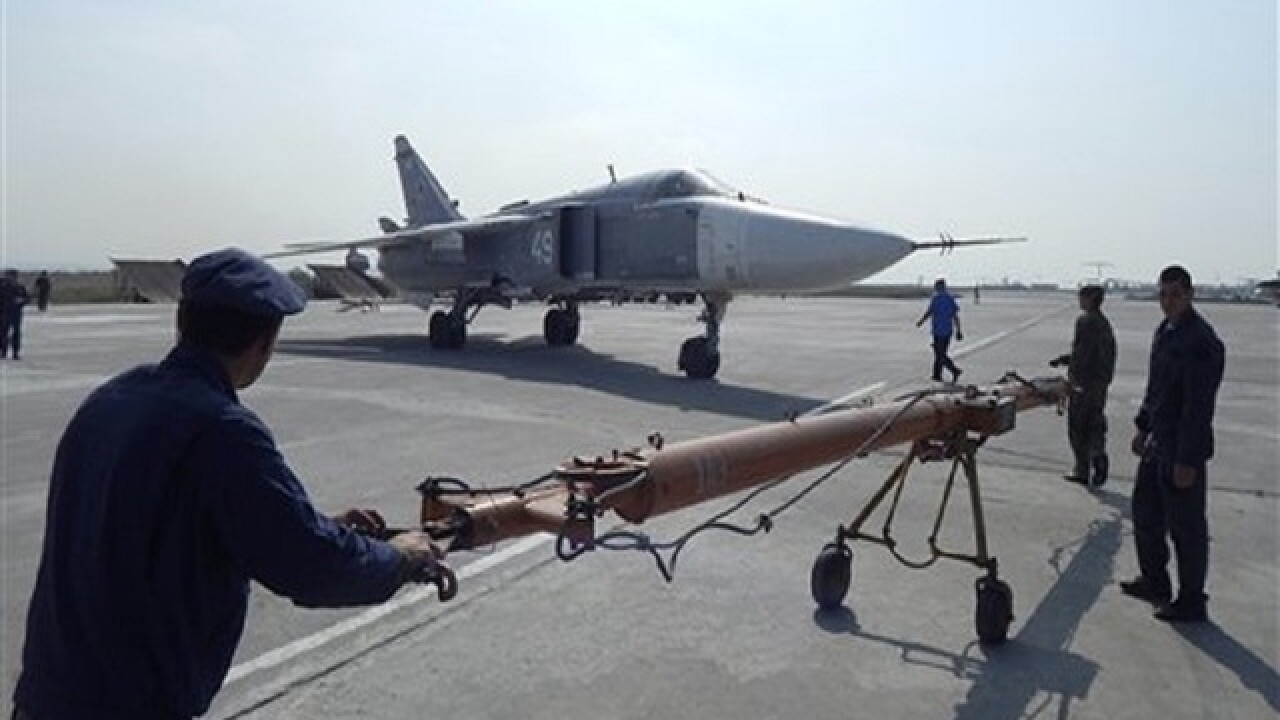 <p>In this photo provided by the Russian Defense Ministry Press Service, Russian military personnel prepare a plane for take off at Hemeimeem air base in Syria, Tuesday, March 15, 2016. Russian warplanes and troops stationed at Russia's air base in Syria started leaving for home on Tuesday after a partial pullout order from President Vladimir Putin the previous day, a step that raises hopes for progress at the newly reconvened U.N.-brokered peace talks in Geneva. (Russian Defense Ministry Press Service via AP)</p>

MOSCOW (AP) — Russia's defense ministry says another group of its aircraft has left the Russian air base in Syria and is returning home.
Wednesday's announcement comes two days after President Vladimir Putin ordered Russian military to withdraw most of its fighting forces from Syria, signaling an end to Russia's five-and-a-half month air campaign.
The pullout from the Hemeimeen base coincides with the resumption of U.N.-brokered peace talks in Geneva between the Syrian government and the representatives of the moderate, Western-Backed opposition.
On the ground, a cease-fire has been in effect since late February. Extremist factions — such as the Islamic State group or the al-Qaida-linked Nusra Front — are not part of the truce.
Russia didn't indicate when the next group of planes will leave or how many will be pulled out.
Associated Press 2016