10,000 injured a year by fireworks, sparklers a huge culprit 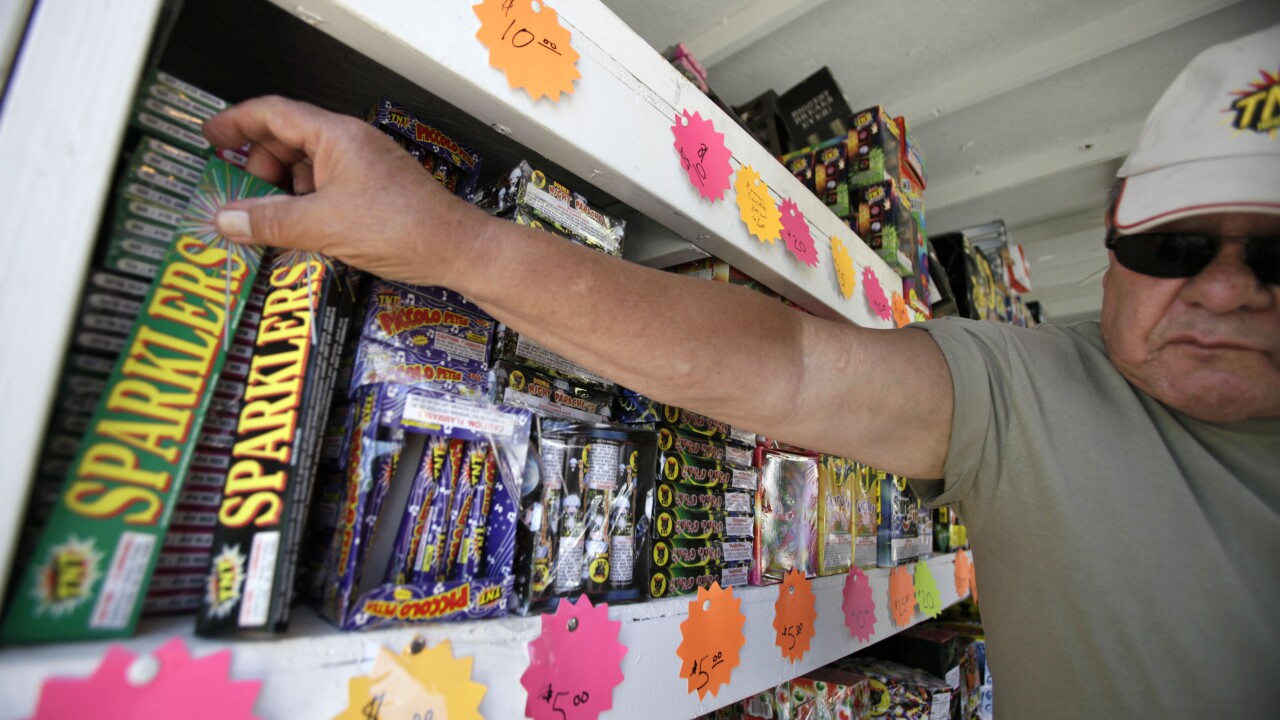 AP2009
Elaine Thompson/ASSOCIATED PRESS
This June 30, 2009 photo shows Bill Topash, of TNT Fireworks, reaching for old-fashioned sparklers for a customer at "Boom City," a collection of fireworks stands on the Tulalips Tribes' reservation near Marysville, Wash. The operators of thousands of fireworks stands on Indian reservations and in parking lots throughout the country are hoping patriotism, tradition and a strong need to party will translate to a billion dollars and more burning a collective hole in America's pockets. (AP Photo/Elaine Thompson)

Statistics released by the U.S. Consumer Product Safety Commission on Friday claimed that 10,000 Americans were injured from firework mishaps in 2019, resulting in 12 fatalities.

The agency says that 73% of the incidents occurred between June 21 and July 21. While seemingly more harmless than other fireworks, sparklers accounted for a plurality of the injuries, resulting in 900 injuries, half of those were from children under the age of 5.

The CSPC said that fireworks killed at least 12 Americans in 2019, several of the deaths happened when victims held and ignited fireworks.

With many local firework shows canceled or postponed this summer, there is concern over even more mishaps occurring this summer.

"Many Americans will not get to see the grand, professional fireworks displays this 4th of July given the cancellations of public celebrations and stay-at-home orders across the country. As an alternative, people are purchasing their own fireworks in an effort to recreate that tradition at home," said CPSC Commissioner Dana Baiocco. "The need for safety awareness regarding fireworks is greater than ever," she said, "and anyone who plans to use consumer fireworks this year should review and follow CPSC's simple safety tips to prevent injuries and incidents."

The CSPC issued the following tips for a safe celebration: