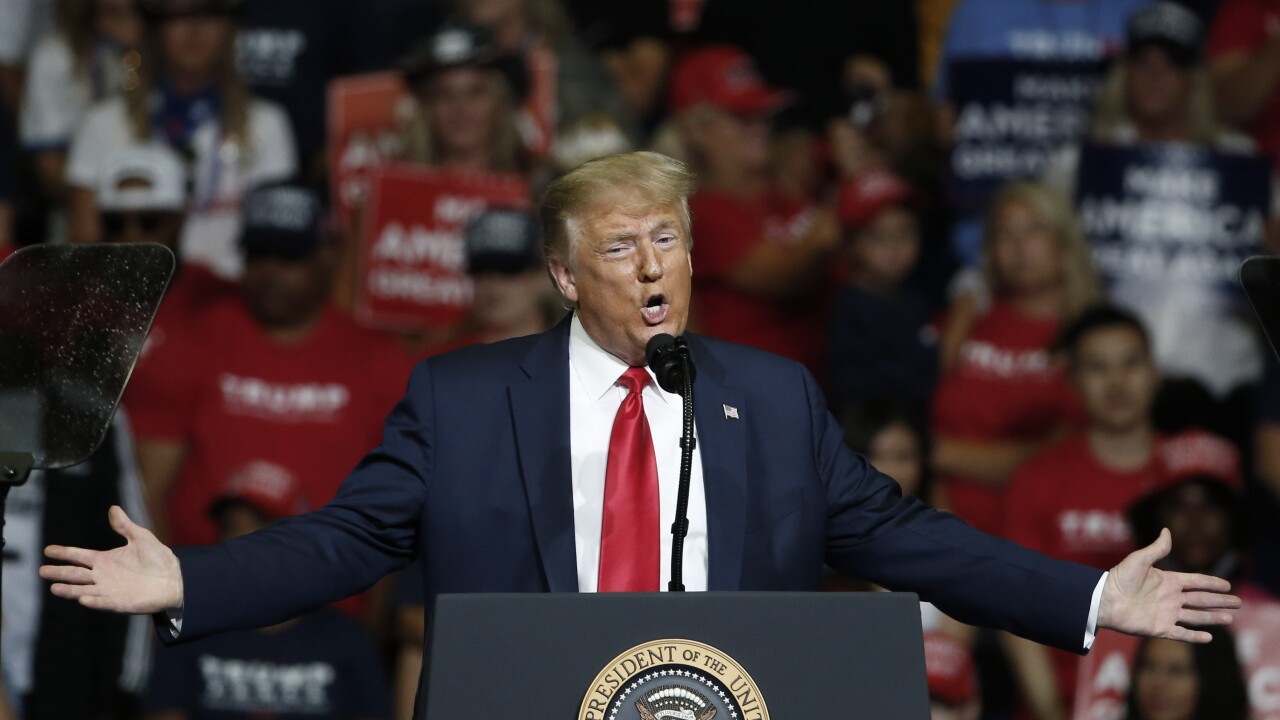 Copyright 2020 The Associated Press. All rights reserved.
Sue Ogrocki/AP
FILE - In this June 20, 2020 file photo President Donald Trump speaks during a campaign rally in Tulsa, Okla. On Monday, June 29, 2020 live-streaming site Twitch temporarily banned Trump's account for violating its hateful conduct rules. Twitch pointed to comments the president made at two rallies, videos of which were posted on the site. In one, a livestream of a rally in Tulsa, Trump talked about a "very tough hombre” breaking into someone’s home. (AP Photo/Sue Ogrocki, file)

WASHINGTON, D.C. – President Donald Trump's re-election campaign has scrapped plans to hold a rally in Alabama next weekend, CNN and The New York Post have confirmed.

The cancellation of the event comes amid concerns about the rising number of coronavirus cases in parts of the United States, including the South.

The campaign never formally announced the plans for the Alabama rally, but Trump was slated to travel to the state ahead of the GOP’s Senate primary race between his former attorney general, Jeff Sessions, and former Auburn University football coach, Tommy Tuberville.

Campaign officials ultimately decided against it as state officials voiced concerns about a mass gathering during the COVID-19 pandemic, CNN reports.

A person close the Trump campaign told CNN there are currently no rallies on the horizon, but aides are scoping out possible venues for future events.

The canceled plans come as Trump continues to complain about the low turnout during his first return to the campaign trail in Tulsa, Oklahoma.