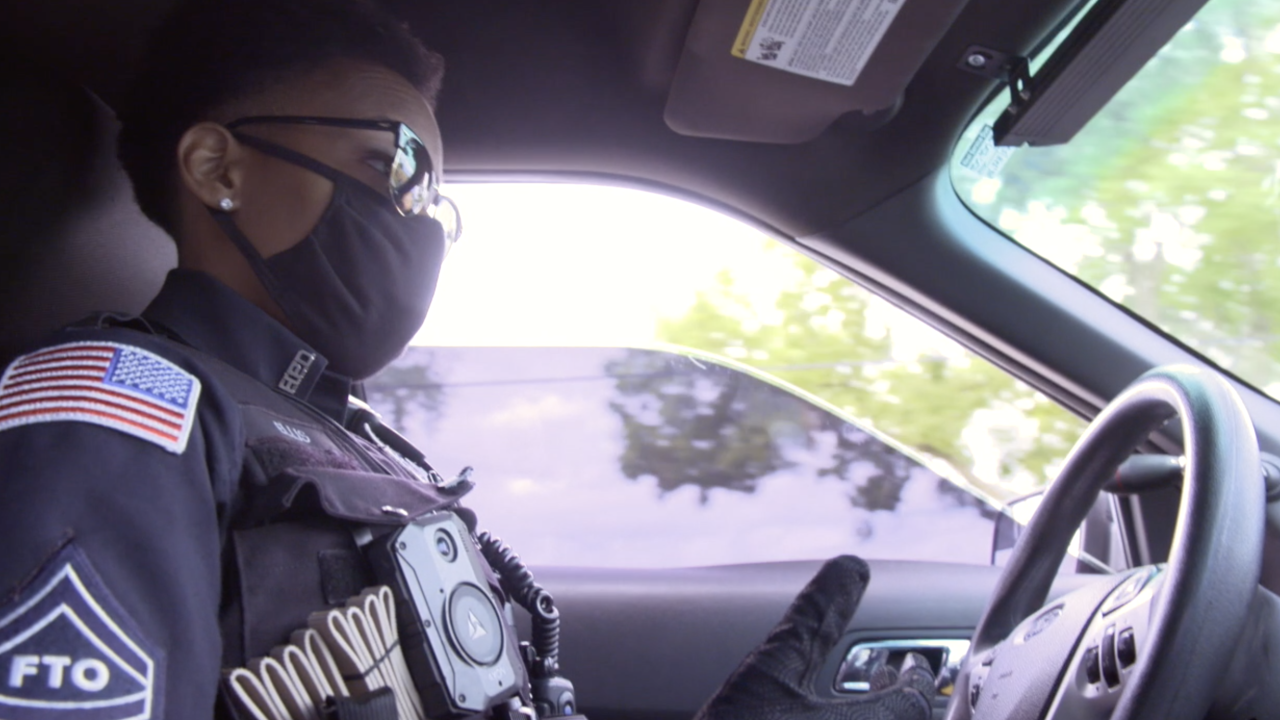 Officer Aja Ellis has patrolled the streets of Illinois for nine years. From Chicago to the suburbs, she decided to settle in a community called Harvey, just south of the city.

With every call, she has one mission.

"There’s not a lot of trust," said Officer Ellis. "My goal was to try to change the perception."

It’s a challenge across the country, but in the city of Harvey, especially, trust between an officer and the community they serve is hard to build.

With the department’s new direction, comes new technology. It's an effort, "to weed the bad ones out so that we’re able to have a police department full of officers that are here willing to come to work for the citizens," said Officer Ellis.

The department now has an early-intervention system for officer behavior run by Chicago company Benchmark Analytics.

"We’re going to be able to help police departments understand that pattern of behavior and intervene long before you have very problematic incidents," said the company's CEO Ron Huberman, a former officer himself.

The program collects all kinds of data on officers. It tracks things like arrests, traffic stops, citizen complaints and training. It also goes beyond those data points; the app also tracks officer overtime, vacation time, officer awards and positive comments, and promotions, in an effort to not only flag the negative, but to track potential for recognition as well.

Once this information is compiled, it flags officers who may be at-risk for more serious misconduct in the future.

Officer Ellis sees this intervention not only as a chance to change the culture for police, she believes it will help in the community too.

"Sometimes, you may get that coworker that you don’t want to work with because maybe their attitude or maybe how they handle things, and you’ll get to a scene and they just blow it up, and I think to look at it from that aspect, it gives us better coworkers," Officer Ellis said.

She is hoping community trust will be the biggest gain.

"Once they see one bad officer, it's war from there. But if they’re seeing that something’s being done about this bad officer they’ve been complaining about, they’ll say, 'Maybe we can trust them a little bit more,'" said Officer Ellis.

The Harvey Police Department has only had the technology for a couple of months, so they have not collected enough data yet to see how their officers are doing. But a police department in North Carolina created their own similar early intervention system several years ago, and the chief there said it's been a big help for officer morale and mental health.

"A lot of times, they may be going through something others don’t see, but through our early intervention system, we might identify characteristics that allow them to open up to speak about things that are bothering them or they’re going through," said Johnny Jennings, chief of the Charlotte-Mecklenberg Police Department.

But experts warn, with all the improvements technology like this can bring, comes limitations.

"The supervisors—they have to be inclined to use the information because they can ignore it on the system just like if it’s sitting in the drawer," said John Rappaport, a University of Chicago professor of law. "It relies on the people to use the technology correctly and honestly and to want to move the department in the right direction."

For Officer Ellis, she knows in the end, it will take more than just the data to reform a department.

"I think it’s going to take a good while, but I'm willing to stand in the fight to see the change," she said.

Real change that may come more quickly with a little help.

"If that technology helps out in a positive way, we have a duty to use that to make ourselves better to better serve the community," said Chief Collins.