The rate of teen suicide has steadily increased since 2005.

The rate of teen suicide has steadily increased since 2005.

Among youth ages 15-24 years old, suicide is the second leading cause of death.

Kris Masalsky Goguen smiled when she spoke about her son Paul. Paul would have been 25-years-old.

But Paul's short life came to an end when he was just 15-years-old.

"My son Paul was an awesome kid. He was a great kid. He was funny, talented, creative, a musician extraordinaire."

"I think with all of us we have our side where we're awesome and creative and then we've got our demon side that's darker. I think with Paul, he wasn't a talker. He was an introverted person and it was complicated."

Kris says, she saw a change in Paul when he was in the 5th grade. "Something was going on and we couldn't quite get to it."

She and her husband did what parents would do. They spent a lot of time at Paul's school with his teachers and the Principal but nothing seem resolved.

They even took him to a counselor but he was cleared.

MORE: How Schools Can Help Students Respond To Suicide

MORE: How teachers can prepare for a crisis at their school

Because suicide is often the result of untreated mental illness, addressing mental health needs is often the best way to try to prevent these tragedies. Many parents and teachers incorrectly believe that school-aged children are incapable of experiencing mental health conditions, but that’s simply not the case.

In the 8th grade - they noticed more changes, "we started noticing isolation. He had friends but he chose to be in his room a lot and he seemed pretty negative," said Kris. Adding, "things seemed to go pretty well for a while so in hindsight things were up and down and then not so great."

Kris thought Paul was just being a teenager. "It's tricky because typically teenagers don't want to talk their parents. Their parents are the last people in the world they want to talk to."

In hindsight, being unable to talk about that - Paul, kept it in his heart.

Kris says, if she and her family had to do it over again - mental illness would discussion. "I think it's important to have those very open and authentic and honest conversations - start them at the dinner table."

Paul was never diagnosed with a mental illness but Kris says in hindsight - there were signs. She believes, Paul was bipolar and depressed.

Factors that increase the risk of suicide among teens include:

Kris says if you see your child spiraling, isolating themselves or not finding joy -- start the conversation. 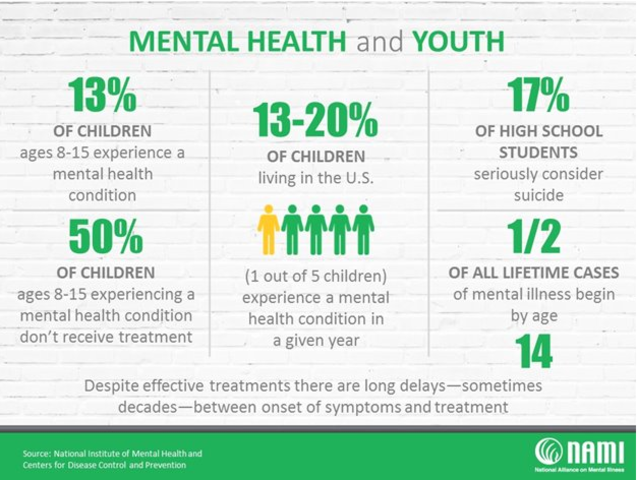 Suicide among teens often happens after a stressful life event, such as problems at school, a breakup with a boyfriend or girlfriend, the death of a loved one, a divorce, or a major family conflict.

Kris has now devoted her life talking to families who have lost someone to suicide at the Survivors of Suicide (SOS) Program at La Frontera Arizona.

If you have lost a loved one to suicide and need a support group, visit La Frontera Arizona.

Call 911 When calling 911 - state it is a mental health crisis for either yourself or family/ friend and ask that a Crisis Intervention Team (CIT ) officer be provided.