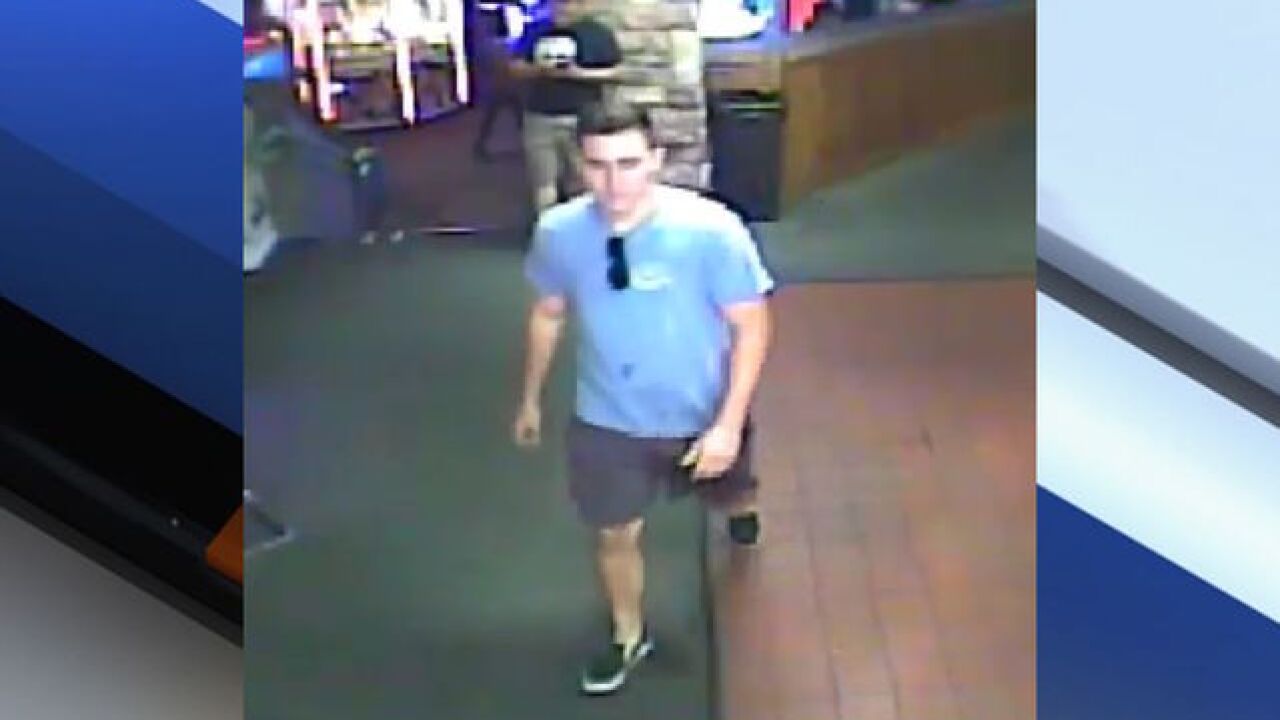 Copyright 2018 Scripps Media, Inc. All rights reserved. This material may not be published, broadcast, rewritten, or redistributed.
Mesa police 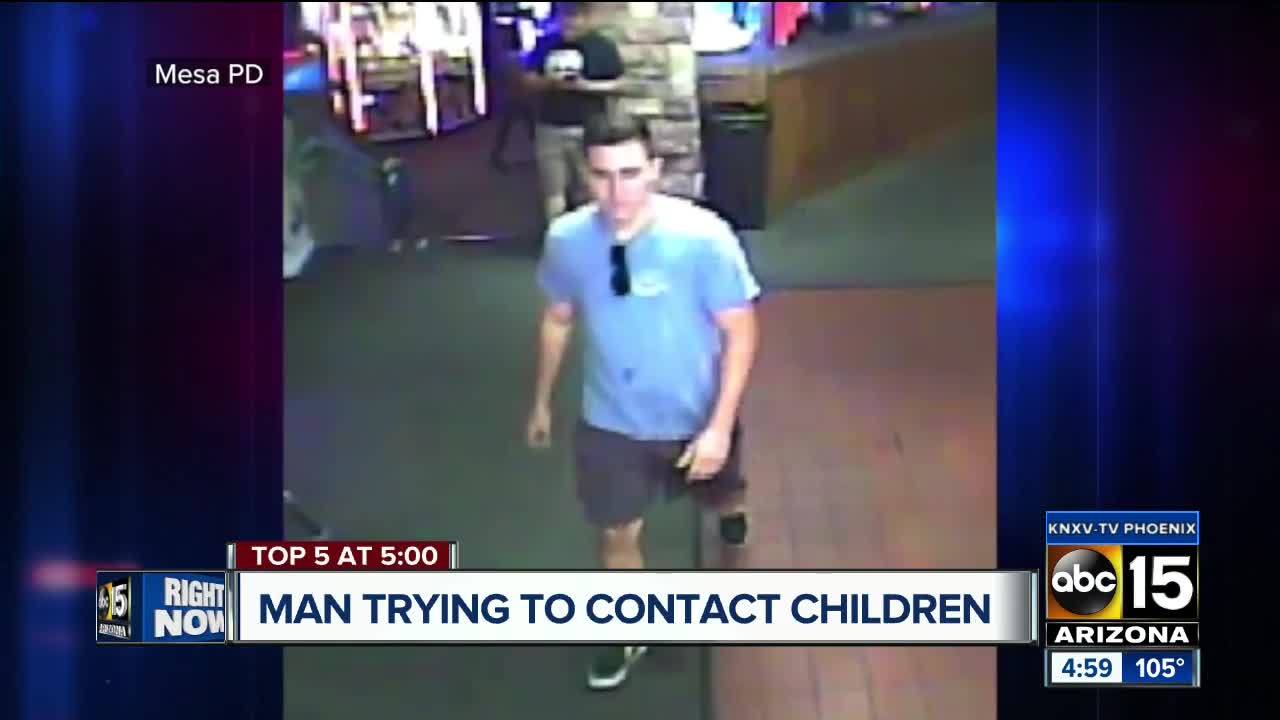 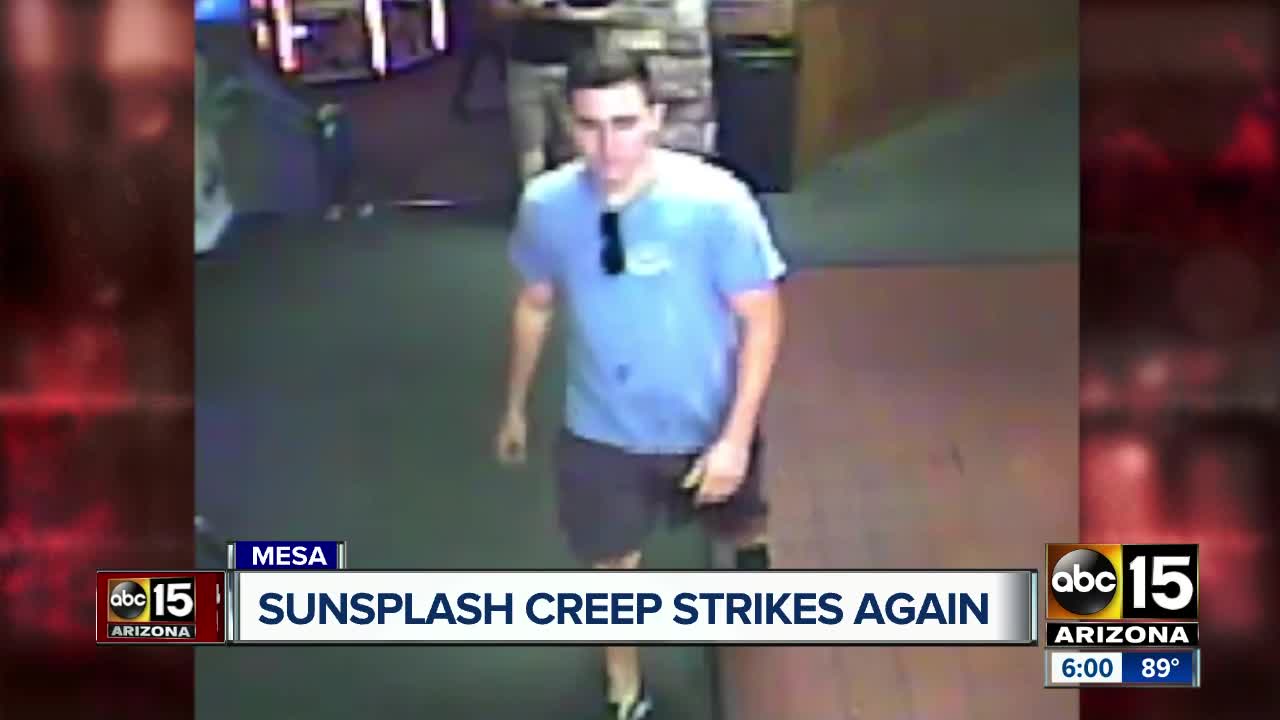 Police are asking for the public's help to locate a man who was seen acting suspiciously with children in two separate incidents at Golfland Sunsplash.

Police say while they do not have any charges on this subject, it is an active investigation and a high priority to get the man identified.

The suspect is described as a white man, 20 to 30 years old, approximately 6 feet tall, and weighing between 180 to 200 pounds. He was last seen wearing a light blue shirt, gray shorts, and black tennis shoes.

Golfland is located at Country Club Drive and US 60.