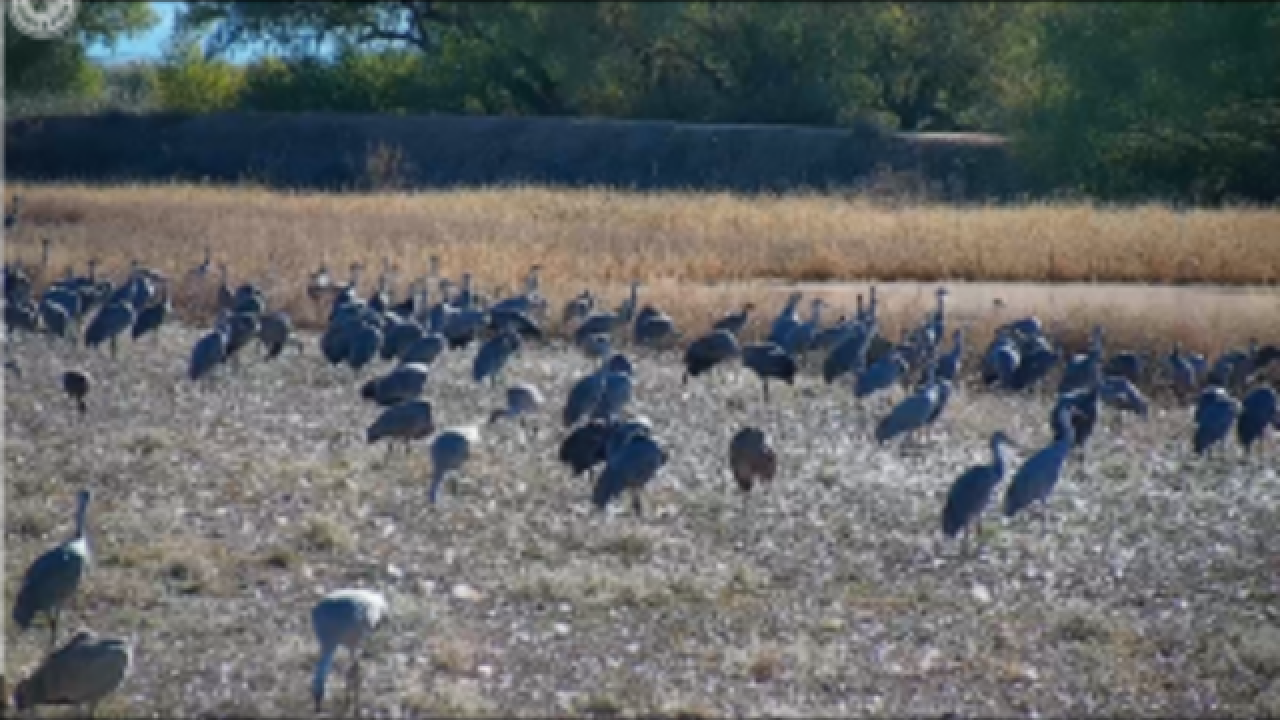 GAME AND FISH
<p>Thousands of sandhill cranes spending the winter in southern Arizona are on display online.<br />  </p>

Thousands of sandhill cranes spending the winter in southern Arizona are on display online.

The Arizona Game and Fish Department says it has upgraded its wildlife camera at the Whitewater Wildlife Area in McNeal to high definition.

The mostly gray birds with long necks, beaks and legs will be at the wildlife area until March or April. From there, they migrate north to nesting grounds.

Game and Fish officials say the best time to see them is around dawn before they leave for a few hours to feed. They return to the wildlife area around noon.

More birds are expected to join the 14,000 already roosting there.

Randy Babb of Game and Fish says some of the cranes come from as far away as Siberia.