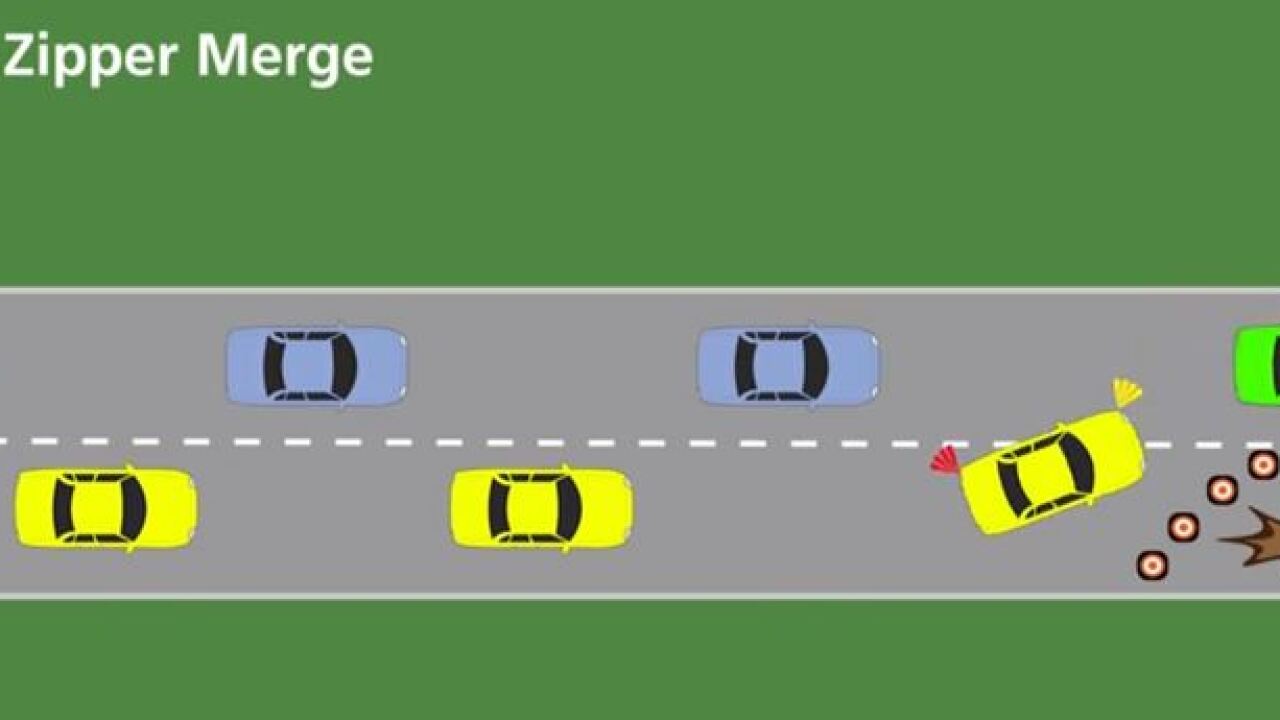 Tucson city officials are rolling out a new strategy to fight congestion near a packed construction project this week.

The technique requires drivers to wait until the last second before merging from a closed lane, as explained by the Alberta Motor Association (AMA) in Canada:

The AMA says the technique has shown to improve traffic flow by as much as 40 percent, though it can only be used on low-speed roadways.

Drivers in the area can expect to see the change in place by midday, Wednesday.