In 1974, two sisters, Cindy and Jackie Leslie, walked out of their home in Mesa after leaving a note saying they were heading to a babysitting job.

Their family has not seen or heard from them since. 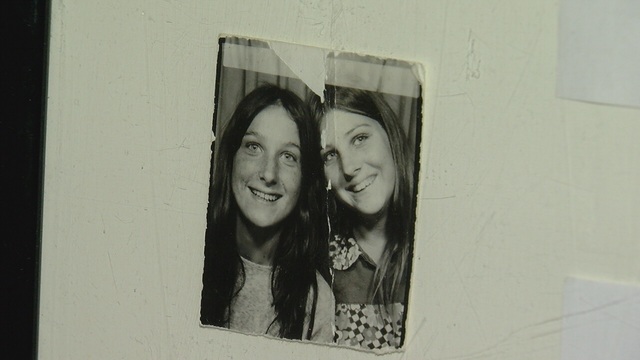 At the time deputies in Maricopa County believed something criminal happened to them and they continue to suspect foul play. Family and investigators say this case is especially puzzling and the mission to find Cindy and Jackie have been impossible so far because nobody has found any evidence related to the girl’s disappearance.

Despite the lack of evidence and decades since the Leslie sisters’ went missing their mother and older sister continue to search for them.

Forty-three years later, Erma Leslie can recite the note her daughters left before leaving the house one summer night.

“Mom we've gone to babysit in the same place.” 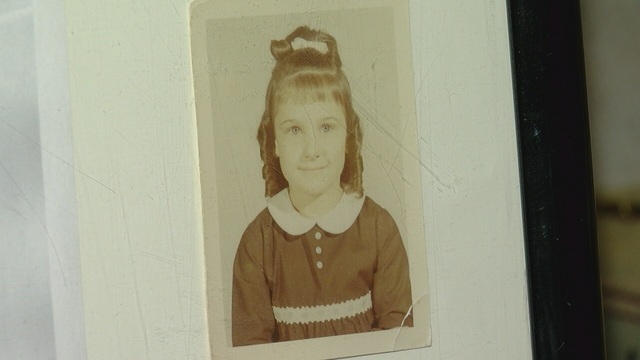 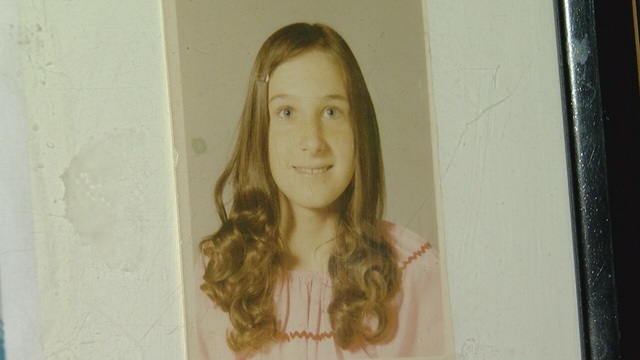 “It’s just like the ground opened up and swallowed ‘em,” their mother said.

They were new kids in the Desert Sands mobile home community in Mesa, near Baseline and Sossaman Roads. The Leslie family moved there in June from Page. The patriarch, Jack, had terminal lung cancer and they moved to Mesa so he could be closer to doctors.

During this time, Linda Herring, the girl’s older sister, lived in Tucson with her husband and two daughters.

“The girls liked to go bowling, they liked roller, we were just really the normal American family,” Linda said. 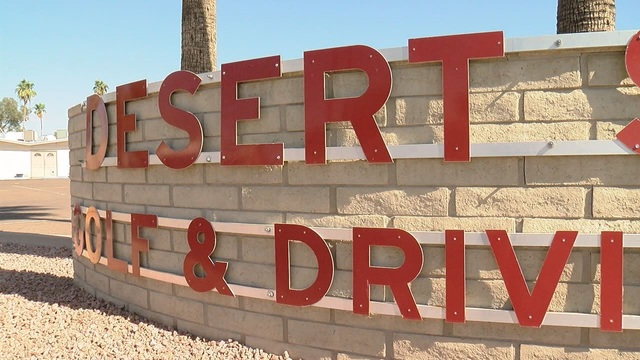 The night the girls disappeared, Erma and Jack went to church and left the girls at home with their grandmother. She said the phone rang, Cindy answered and the girls left the note then headed out the door.

Erma slept on the couch that night waiting for the girls to come home. When they weren’t there in the morning, she called police. The search started in the fields and orange groves which surrounded the neighborhood at the time but nobody found any sign of the girls.

Days later, Erma learned there was a party that night a few blocks from their home and Cindy and Jackie were likely head there. They would have walked west along Baseline Road toward Power Road. Some people at the party said they saw the girls there, others said they never showed up. 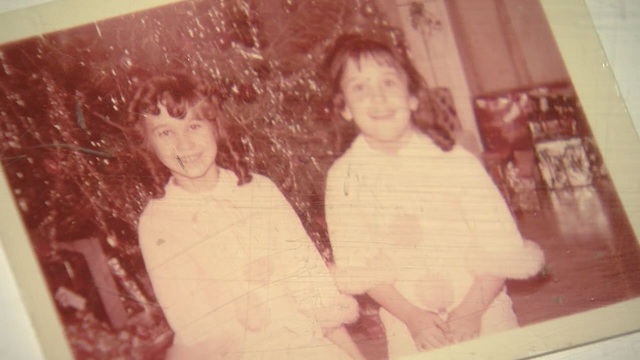 Deputies believed something criminal happened. They continued to scour the fields and orange groves that surrounded their neighborhood at the time. Still, they didn't find anything.

“Seems like a million years ago and seems like sometimes that it isn’t,” Erma said. “So I keep looking and Linda does too.”

Now in her eighties, Erma lives outside of Las Vegas so she can be closer to Linda. In her home picture of all three of her daughters hang framed on the wall. In the hallway the formal portraits of Cindy and Jackie hang in the hallway, underneath hang age-progressed photos of what they might look like now.

A box of missing person flyers sits on her kitchen counter, Erma carries a few of them in her purse wherever she goes. 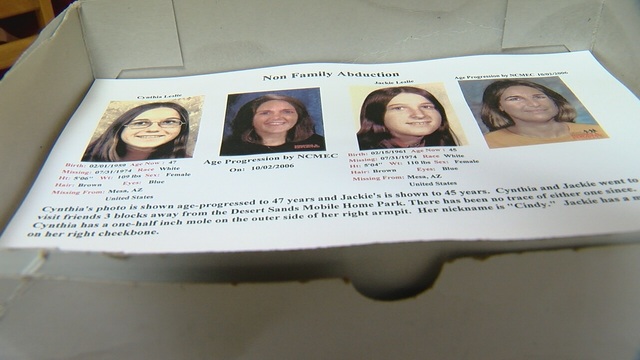 She and Linda say a few years ago a detective from Maricopa County came to Nevada to collect DNA samples from them, but they haven’t heard anything since then.

“I do believe they did as much as they possibly could,” Linda said.

But in 1974, Linda says her family felt alone. At that time, there was no Amber Alert system, the Center for Missing and Exploited Children wouldn't form for 10 more years, and she says deputies wouldn't file a missing person report for 48 hours. All Erma could do was wait by the phone. 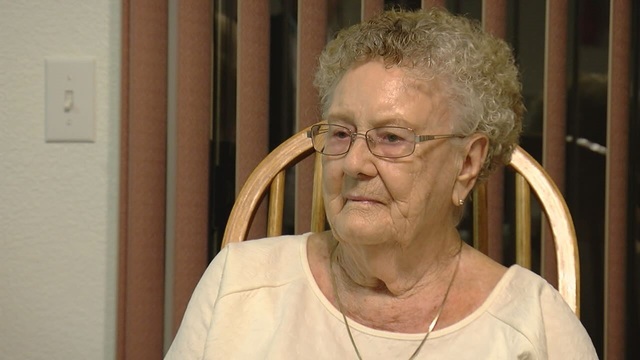 “I was sure that they would call me and tell me to come and get them,” Erma said. “But it didn’t happen. It still hasn’t happened.”

As deputies ran out of theories and leads, Erma took charge. She brought fliers to sheriff’s departments in Arizona and southern California.

Desperate for answers, she visited a psychic in the Los Angeles area who told her at the time the girls were alive and near water, so she drove up the California coast looking for them. 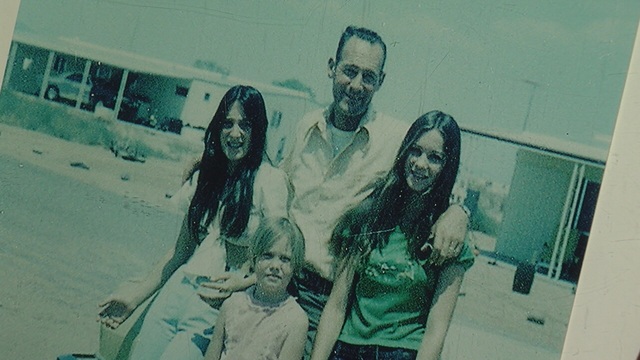 She received an anonymous phone call from Casa Grande from someone who said Cindy and Jackie were on a train that was going to go through Douglas, Arizona.

Erma and Linda drove there and searched the train, but didn’t find anything.

In the spring of 1975, Jack Leslie died never knowing what happened to his daughters.

Years after the girls disappeared, a trucker outside Flagstaff told her he saw the girls working at a diner in El Dorado, Kansas.

Again Erma made the long, hopeful drive and again she didn’t find any trace of her daughters.

“I’ve been to several states, but all I’ve accomplished is to put flyers out,” she said.

Linda says now her family works to help others searching for missing loved ones.

They once hosted a 5K run to raise awareness about missing people and have traveled to California and Washington, D.C., to participate and speak at CMEC events.

Linda says her sisters’ case greatly affected the way she raised her own family, “My husband and I actually worked opposite shifts so that we didn’t have to take the girls to babysitters for very long periods of time.”

She now says the search for Cindy and Jackie is a mission passed from generation to generation in her family.

But even as she works to help other families, Linda thinks of her mission to find her sisters, “Things are always coming up into your mind where if this happened we can follow a lead this way?”

So far, every road is a dead end.

“I guess that’s what’s so hard- it is the not knowing what happened,” Erma said through tears.

They say there is no closure and no end to the search for two sisters who vanished without a trace.