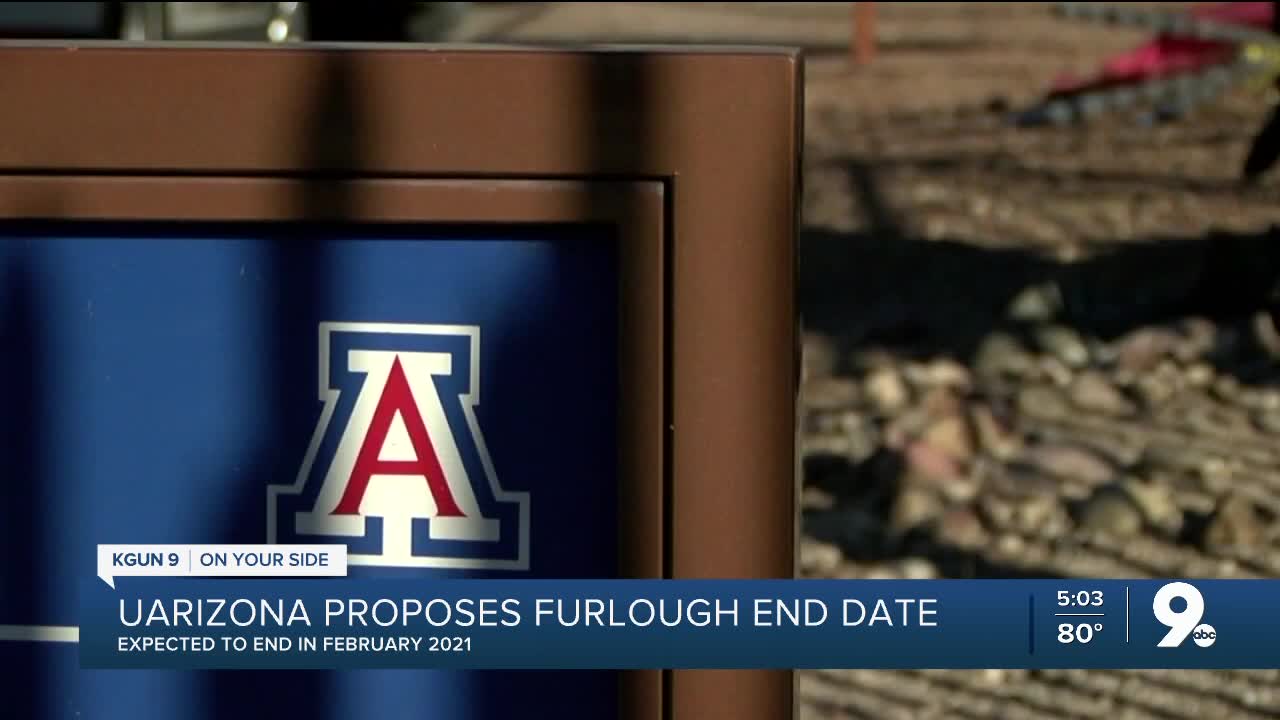 UArizona propose an end date for furloughs with staff.

TUCSON,Ariz.- The University of Arizona has announced an end date to employee furloughs.

The university says it plans to stop this upcoming February.

In an email sent to employees, the University said it made more money off tuition than previously anticipated. Meaning money saved in those furlough programs won't have to stretch as far for the University to make ends meet.

Employees who were required to take furlough days now have to take fewer days in the same amount of time.

Salaried employees who took pay cuts will return to their full salary on February 12, 2021.

The furloughs were originally put in place in August.