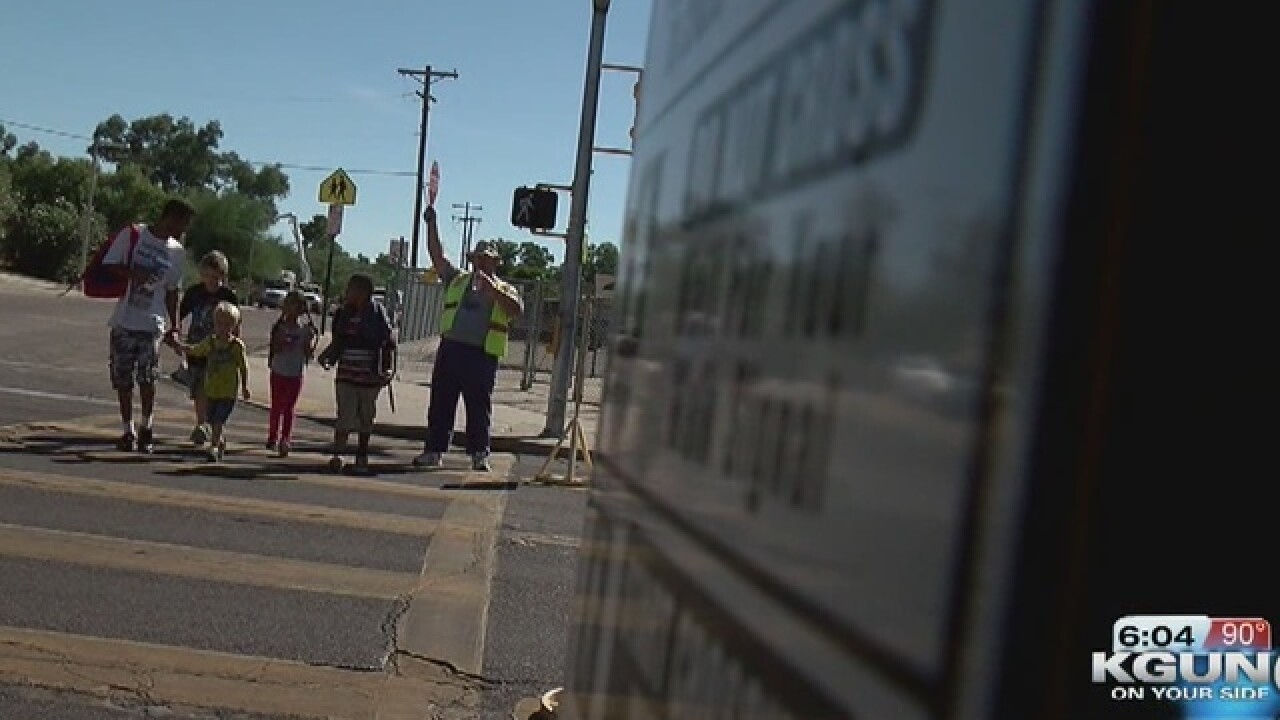 Copyright 2018 Scripps Media, Inc. All rights reserved. This material may not be published, broadcast, rewritten, or redistributed.
<p>Pima County is cracking down on speeders in school zones.</p>

After several complaints by neighbors and concerned citizens near La Cholla Boulevard and Wetmore Road, Pima County Sheriff's deputies were deployed in an undercover enforcement geared towards public safety in designated school zones.

During the two hour period, PCSD says several drivers were stopped and cited for entering a crosswalk zone while children were present. Stats from the department even include a mother who had a small child on her lap while operating a motor vehicle.

Funding for this undercover deployment was made possible through grants awarded by the Governor's Office of Highway Safety.