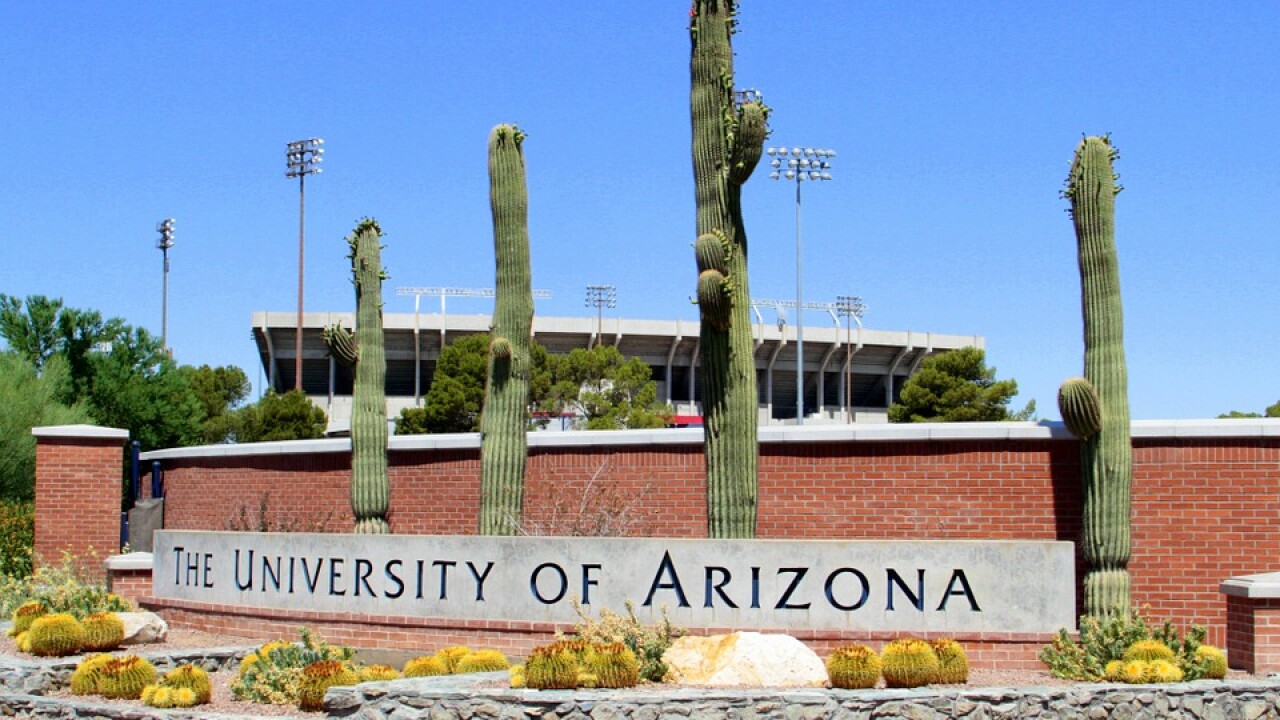 TUCSON, Ariz. — An investigation is underway after stickers were found on the University of Arizona's campus that contained messaging promoting white supremacy.

According to UAPD, officers responded to the area of 2nd Street and Park Avenue Tuesday morning after two of the stickers were found on light pole, a building, and an electrical
box.

UAPD says the reporting party had taken down the stickers prior to their arrival.

Officers then searched the area and found three more.

"The stickers contained threatening statements and promoted white supremacy. The stickers were photographed, removed, and placed into UAPD’s property and evidence," UAPD said in a press release.

Our community in Tucson has responded admirably to the nationwide calls for social and racial justice over the past several weeks, and I have been especially proud of University of Arizona students, faculty and staff who have added their voices to the call for real change in our society.

Sadly, in the past several days, sickening racist stickers inciting violence against Black members of our community have been posted in several places around our campus. These hateful, threatening displays contradict everything we stand for as a community, and I condemn them in the strongest possible terms. Racist hate is intolerable, and we all must stand together to combat it in all its forms on our campus, in our neighborhoods, and wherever it rears its ugly head.

When the University learned of these stickers on public display, UAPD acted immediately to remove them, and the Department’s Special Investigations Unit is actively working this case. UAPD and University personnel from Facilities Management will continue to search campus for any remaining or newly posted stickers. I encourage you to read Chief Brian Seastone’s message to campus, which contains information about reporting such incidents and aiding the investigation.