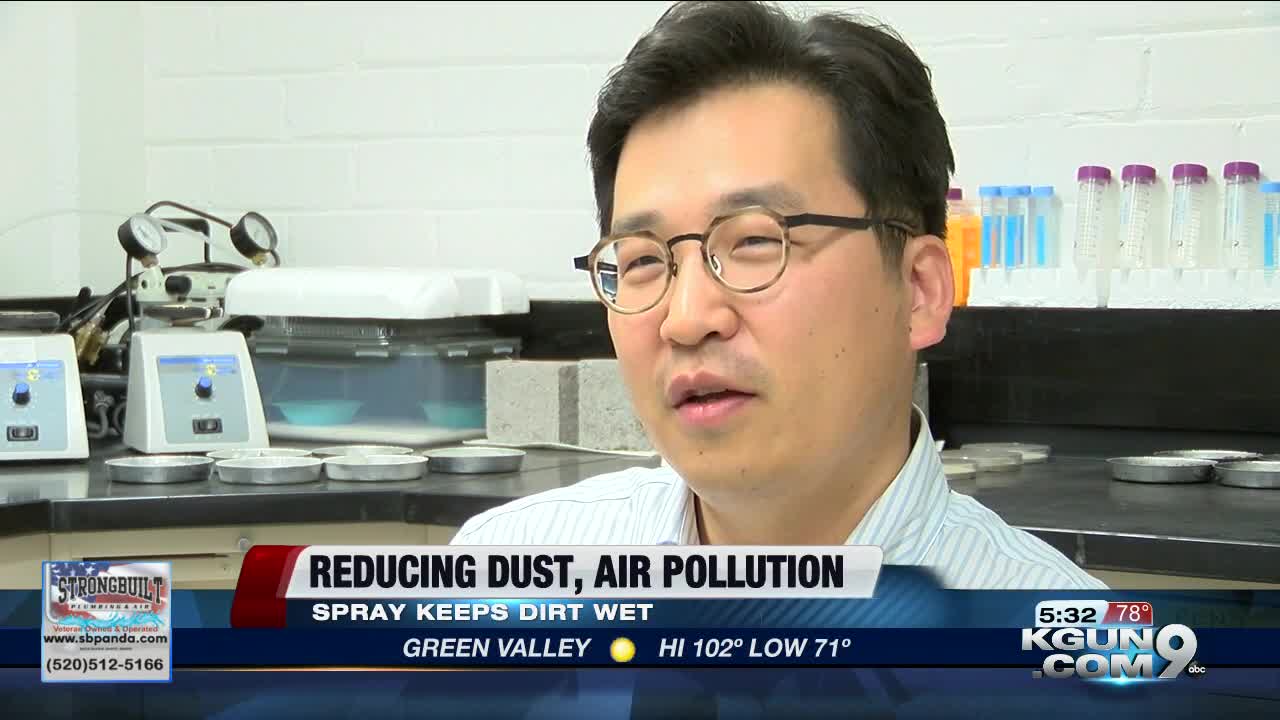 A researcher at the University of Arizona has developed a technology aimed at helping control dust. 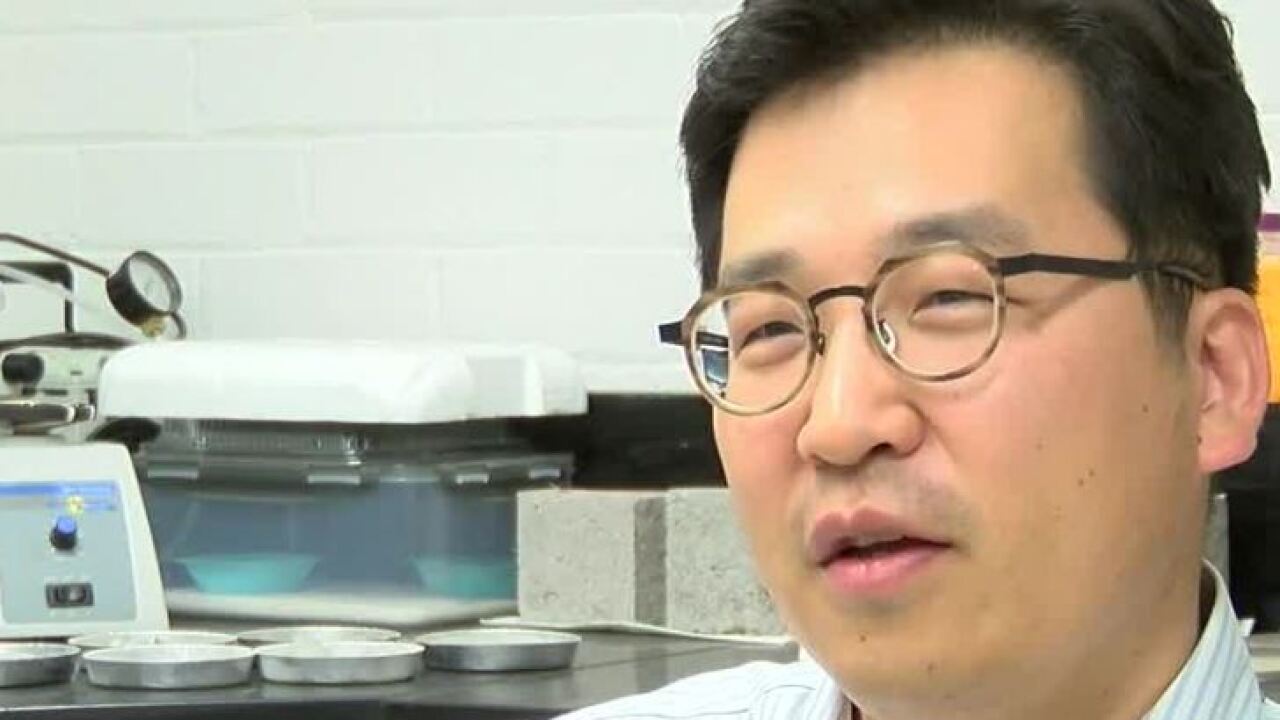 TUCSON, Ariz. - A researcher at the University of Arizona has developed a technology aimed at helping control dust.

The goal of the technology is to minimize air pollution which is often times caused by dry air and blowing dust.

Minkyu Kim, the lead researcher on the project, helped develop a spray that helps keep dirt damp for more than two months, even if it is exposed to dry air.

The spray is made up of a biocompatible polymer blend that is safe around humans, according to Kim.

"So, I was saying maybe I can just use this material and maybe it can replace or help with the wetting condition even better than water," said Kim.

RELATED: Number of dust storms predicted to increase, grow in size in Arizona

Through the University of Arizona's Tech Launch Arizona team, which helps researchers bring their inventions to life, Kim was able to create a startup in order to develop the spray.

Rakhi Gibbons, who works with Tech Launch Arizona, told KGUN9 their purpose is to protect the inventions of researchers, faculty and students at the University of Arizona.

"We protect those inventions and then help take them to the market by partnering with companies that are then going to create products that will eventually benefit the public," said Gibbons.

Kim's startup, which is called Clean Earth Teach, is currently field testing the spray inside of subway tunnels with the hope of reducing dust levels.

The spray is not on the market yet, but Kim hopes that once it is it can help resolve dust problems near highways in southern Arizona as well.