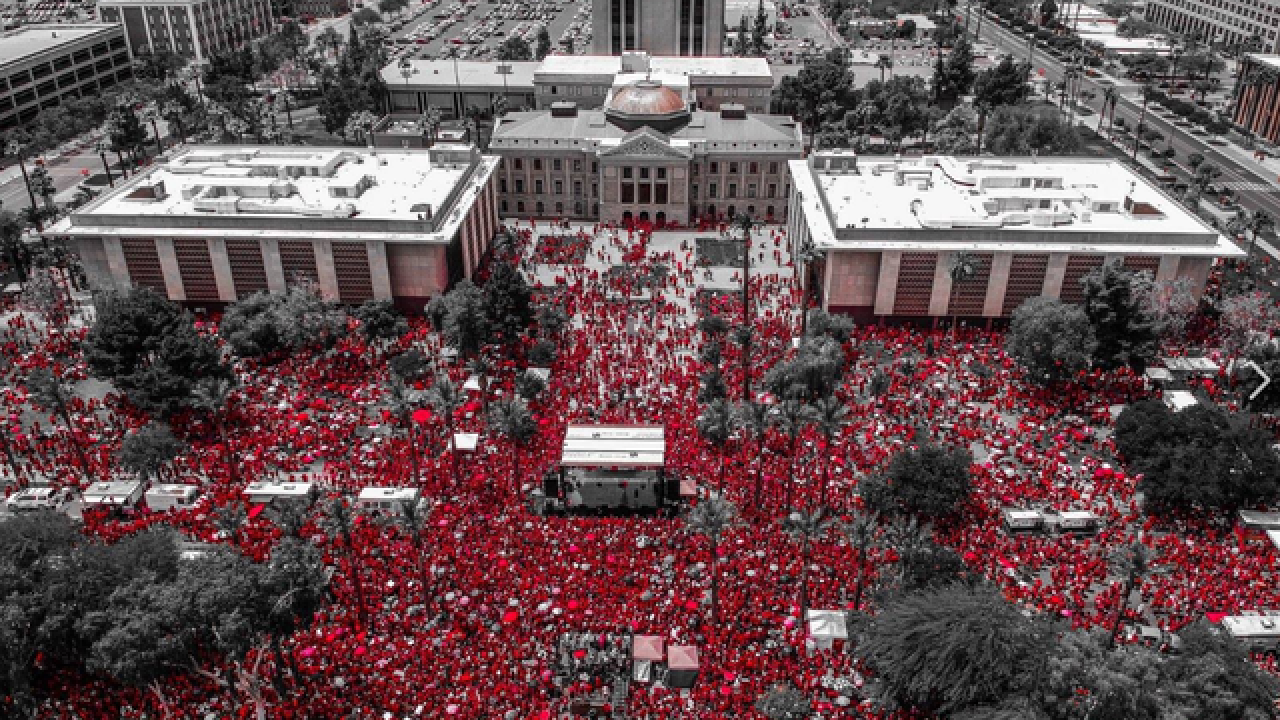 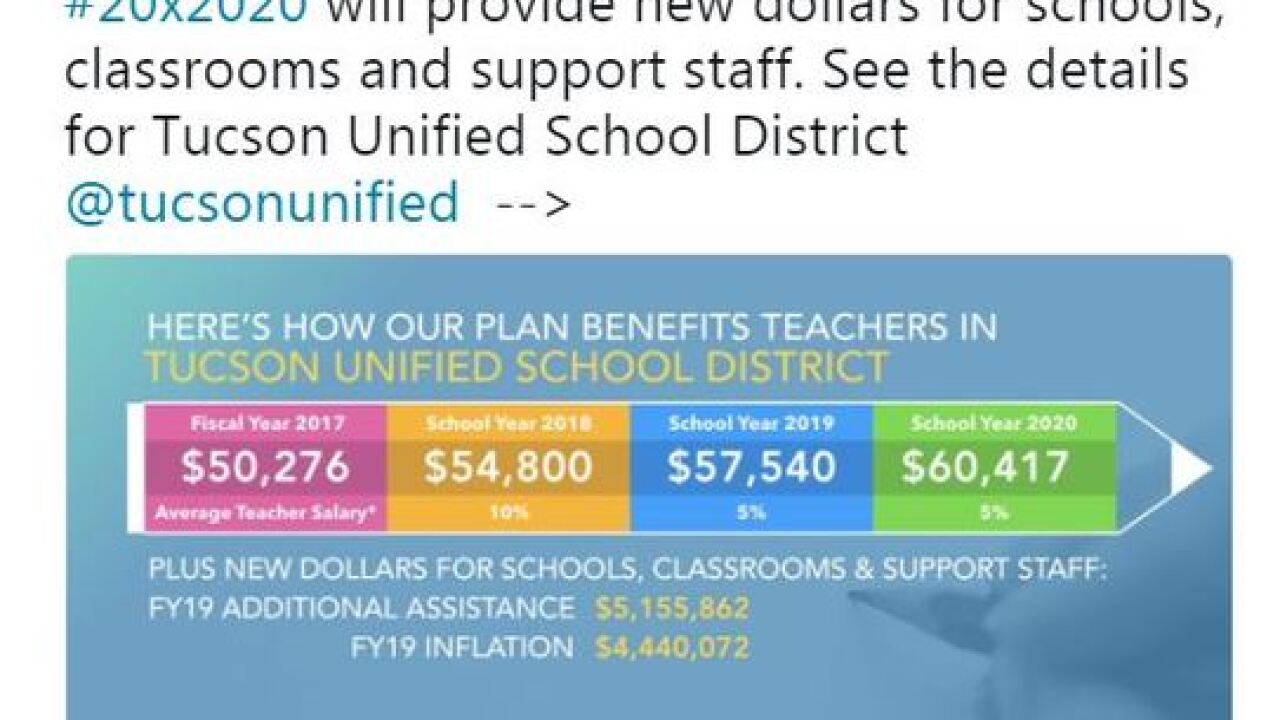 TUSD teachers are up in arms tonight about a recent tweet by the Governor that showed the average teacher pay in the district is $50,000.

Teachers tell KGUN9 there's no way that's accurate and contacted us to find out.

New teachers are standing side by side with veterans, all hoping for bigger paychecks because they feel they've been underpaid far too long.

Jaylyn Wheatley, who teaches at Pueblo High School, has a masters degree. It's her second year in the profession and her salary ranges in the upper 30's.

"The moment I saw Doug Ducey's tweet that the average salary currently in the TUSD was 50,000 dollars. I automatically knew that was wrong," said Wheatley.

Let's go back to the current average teacher's salary.

"I know only a handful of teachers make $50,000, and they've literally been teaching longer than I've been alive," said Wheatley.

It's why the Governor's pay raise graphic stunned Wheatley and her colleagues.

"No way. There's got to be a story behind this," said Wheately.

And there is -- found in the contracts. They show a payout agreement of Prop 301 funds, the pay for performance bonus for qualified teachers that the district held back for a handful of years totaling about 20 million dollars.

"And then last year many teachers in TUSD went on a full-blown campaign to get that money back to where it belongs," she said.

Wheatley said, "the number over 7,000 dollars from Prop 301 last year is why it was so high, because that was a 1-time payout that we've never seen before and we're never going to see again."

But it may happen again next school year. We discovered the district doled out only half of the 20 million dollars -- as seen in the  2017 annual financial report.

Is that going to the teachers? It appears so. The teacher's contract for 2018 contains the same Prop 301 agreement and payout -- 3,600 dollars.

Once the millions are gone, Wheatley said, teachers will never see the average $60,000 in a couple of years -- stipulated in the Governor's plan because it was based on inflated dollar amount.

A reason she came forward -- to set the record straight. "Because I don't want the public to think that they're making an average of 50 thousand dollars. They're already rich what are they even complaining about," she said.

We reached out to superintendent Gabriel Trujillo about the Prop 301 payout. We have yet to receive a response.

We reached out to the Governor about the inflated average teacher's salary. A spokesperson told us the Governor stands behind the figure -- which came from the Auditor General's Office.

We'll continue to stay on this.