64 new bike boulevards will be put in around Tucson to help reduce cyclist crashes around town.

By: Alexa Liacko
Posted at 12:19 PM, Feb 07, 2017
Bike crashes in Tucson are 15 times more likely if you're on a main road. Tuesday, City Council is looking at a new network of bike boulevards to get cyclists onto safer, smaller streets.
The Bike Boulevard program includes 64 corridors to help connect neighborhoods to all the main streets in Tucson. The corridors will have more stop signs, lower speed limits, and marked bike pathways. 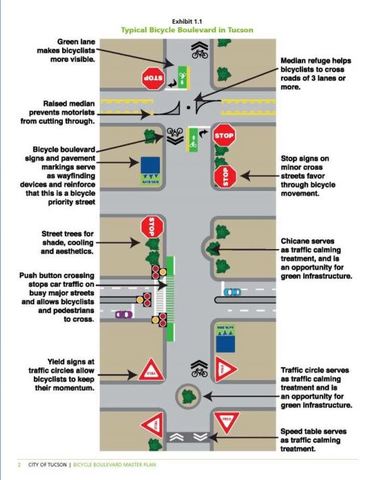 There are two existing corridors: one on Third and University and another beginning at Fourth Ave. The boulevards brought a large influx of cycling traffic since their construction. Third Street has seen a 91% increase in traffic since 2001. 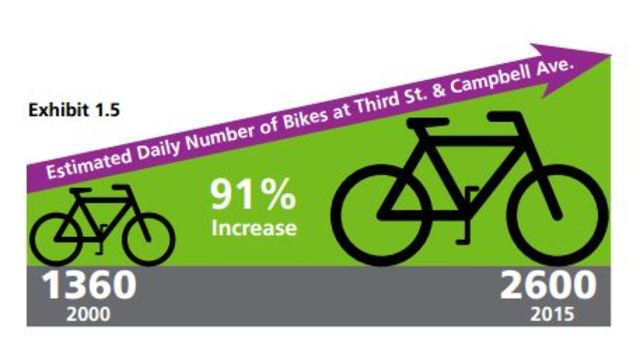 The Fourth Avenue bike boulevard has seen even better use.

The Tucson Department of Transportation says more than half the riders they spoke with said they want to bike but are scared for their safety. When the bike boulevards are constructed, people can stay off the main busy roads for most of their commutes. By 2030, 78% of Tucsonans will have access to a bike boulevard within a half mile of their homes.
Funding for these boulevards comes from RTA and grants from the Federal Highway Administration specifically for biking and walking. No money used for this project is taking away from other transportation projects to fix Tucson roads. The cost per corridor varies, but the average cost per mile is about $193,000.
Copyright 2017 Scripps Media, Inc. All rights reserved. This material may not be published, broadcast, rewritten, or redistributed.

WAKE UP WITH GOOD MORNING TUCSON!