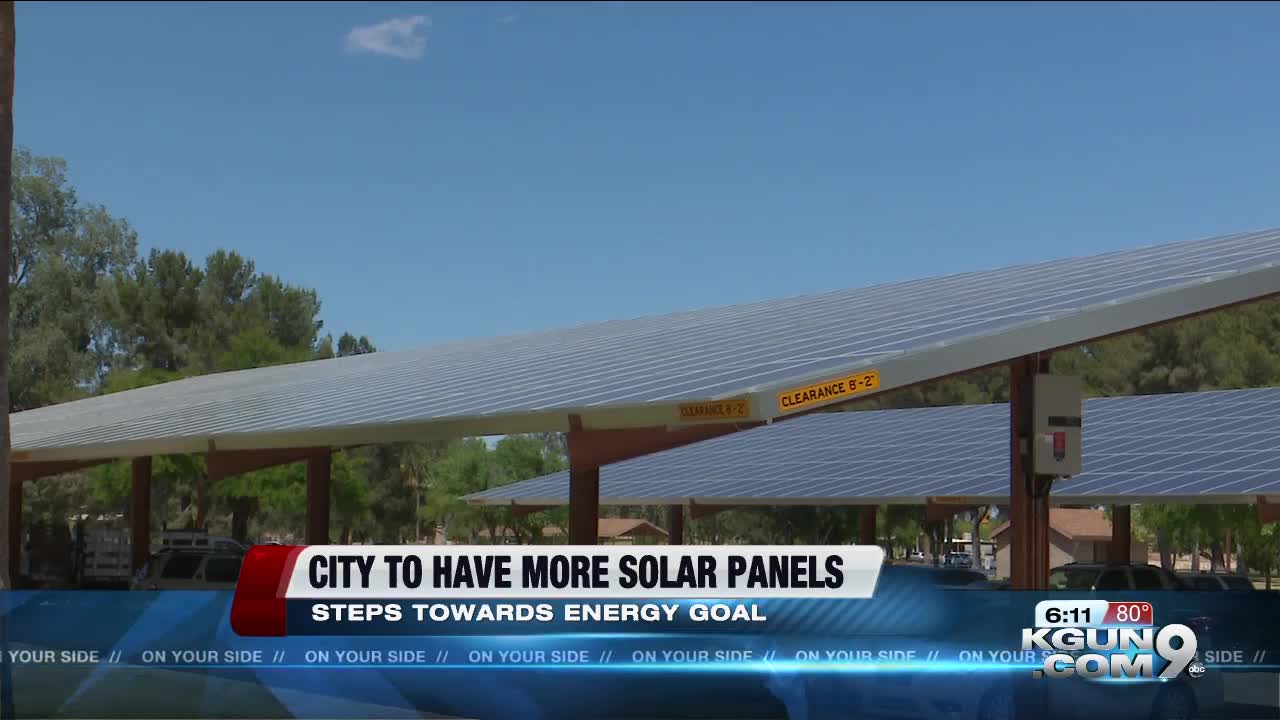 The city of Tucson announced on Earth Day they have a new project to add solar panels around town. 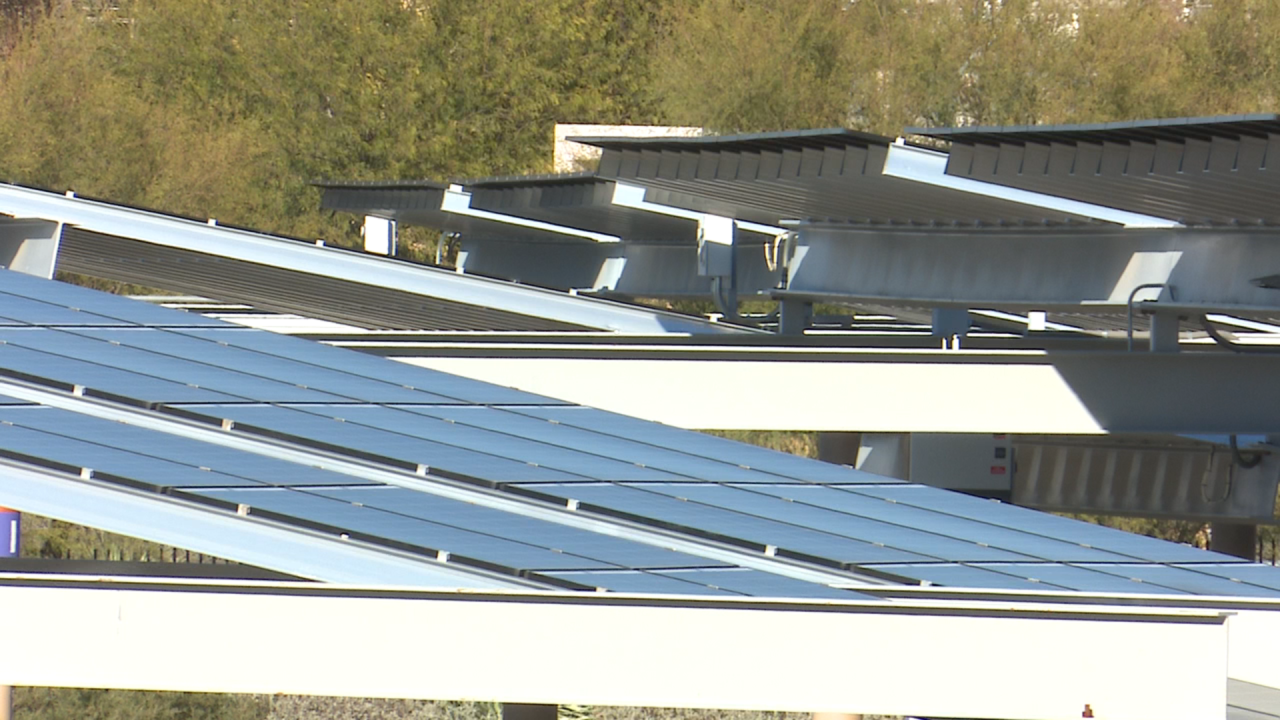 TUCSON, Ariz. — The city of Tucson announced on Earth Day they have a new project to add solar panels around town.

The project includes adding 26 new arrays of panels, doubling the 27 the city already has in the next two years.

"(The solar panels will be) in parks, on our buildings and each one of those arrays reduces are cost, which means potential to put that money in police, or fire or roads, but it also reduces are carbon footprint," Tucson mayor Jonathan Rothschild said.

See this water fountain? It’s running completely off of the sun through this solar panel.

The @cityoftucson has plans to add more solar panel arches in the next couple years, starting with here in Reid Park. @kgun9 pic.twitter.com/1uZHXerHQE

This project starts with two solar panel arrays being added to Reid Park to power the Archer Center.

It will have 1,000 solar panels worth of power, which equals the amount of power of 2,500 average sized homes.

These panels cost the city nothing out of pocket and, over their life span, will save them $2 million.

"Not all projects save money, which is why the city has been very selective in selecting the sites that are going to be most efficient and most economical for them," VP of Sale and Marketing for Solon Corporations Luke Alm said.

Energy Efficiency is a long term plan, so the city of Tucson, Pima County and the University of Arizona are signed up to be part of Tucson 2030 district .

This is a way for the city to look at energy use in commercial buildings across downtown and the surrounding areas. It is a nationwide initiative that includes 21 other cities.

"To lead by example and to show the business community and to show our citizens, that solar is a benefit to all of us," Rothschild said.