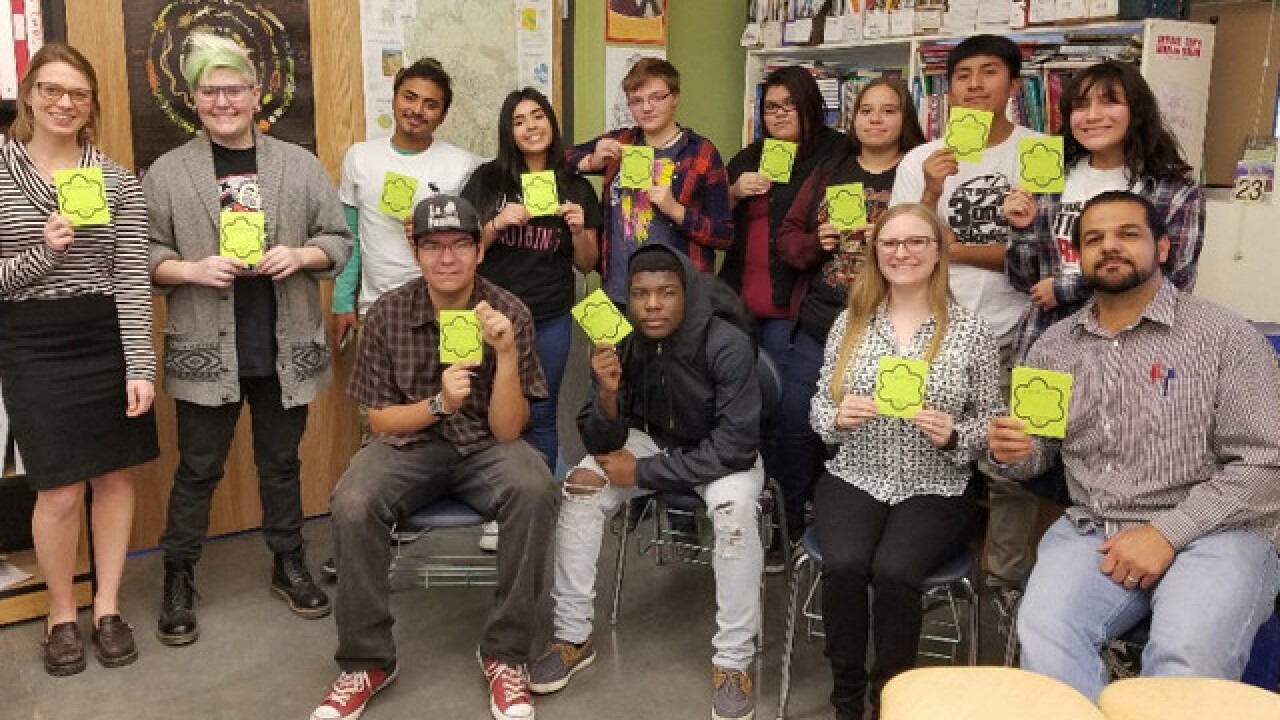 TUCSON, Ariz. (KGUN9-TV) Ten students from Changemaker High School in Tucson are part of an international project to prevent cyberbullying.

The high schoolers are focused on how to be kind online, said teacher Oscar Medina. In June they will travel to Japan to attend conferences and share ideas with other students.

The Changemaker students had to apply for the project that's formally called Arizona-Kansai Cyberbullying Prevention.

"Nowadays everybody is on a smartphone," said Medina. "Our students are definitely glued. They're getting their information, they're sharing pictures, taking videos. And there's a right way of doing it."

Every week the high schoolers meet with students from the University of Arizona. They discuss ways they can reach out to their peers, teachers and parents.

KGUN9 spoke to a number of the Changemaker students who say Instagram and Snapchat tend to be the most popular ways to communicate. They say they often feel pressure to connect with people on social media and talked to us about how cyberbullying happens among teens.

"I've seen cyberbullying through photos," said junior Ricardo Goodman. "Like they'll take a photo of somebody and crop it into something that's not what you would see somebody do."

Changemaker junior Amber Rozakis-Benoit wanted to get involved because she feels like cyberbullying is a huge problem. She was part of a group on Thursday that was focused on how to tell if you're being a bully and how to approach a bully.

"I was good friends with a person and I was texting them and thought I was joking around," Rozakis-Benoit said. "But they did not take it the same way I did and it ended up with them being really upset and me confused."

The students say they may create social media pages to educate people about cyberbullying and spread kindness. Other ideas include making PSA's or pamphlets to pass out.

Changemaker students have been able to video chat with students in Japan and that will continue throughout the year long project. It's being funded in part by the U.S. Department of State and Osaka Kyoiku University. Students are also collecting donations through a GoFundMe page.

Ben's Bells is also involved with the kindness campaign. Executive Director and Ben's mom Jeannette Maré says once the students come up with their program the non-profit will distribute it to hundreds of schools in Southern Arizona and across the country.

Changemaker is part of the Ben's Bells free Kind Campus program that educates campuses about the benefits of kindness.