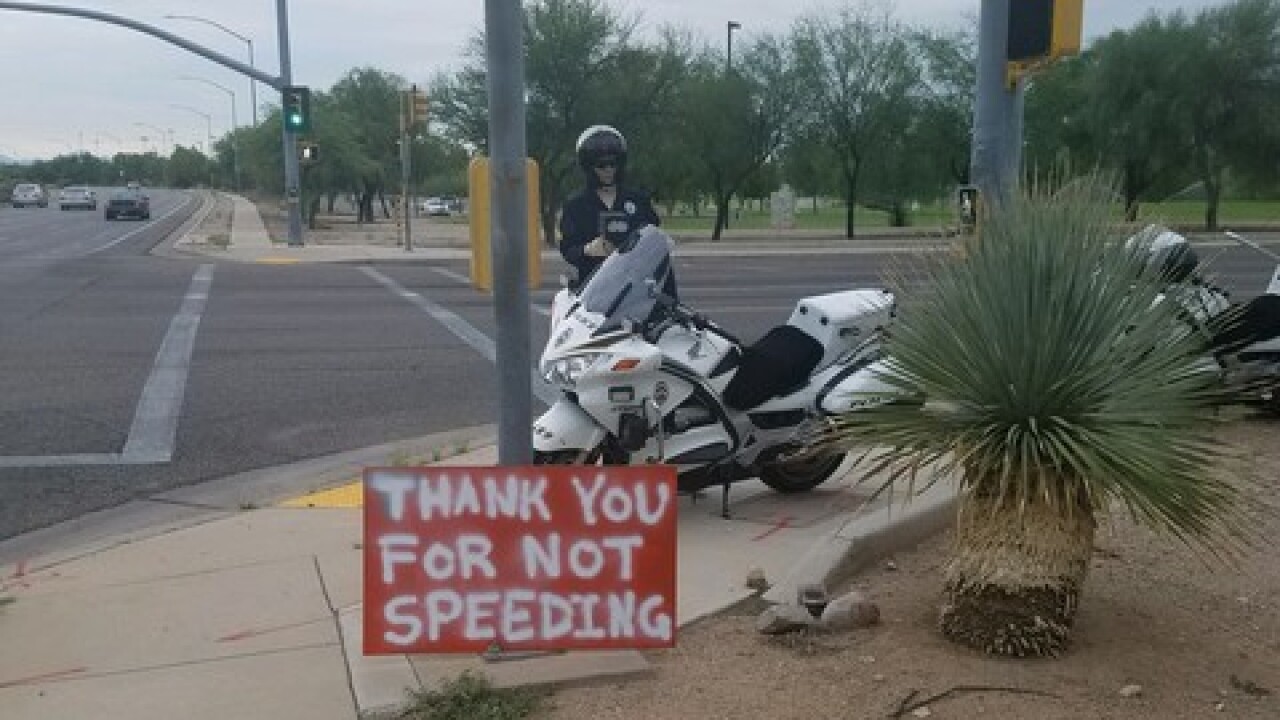 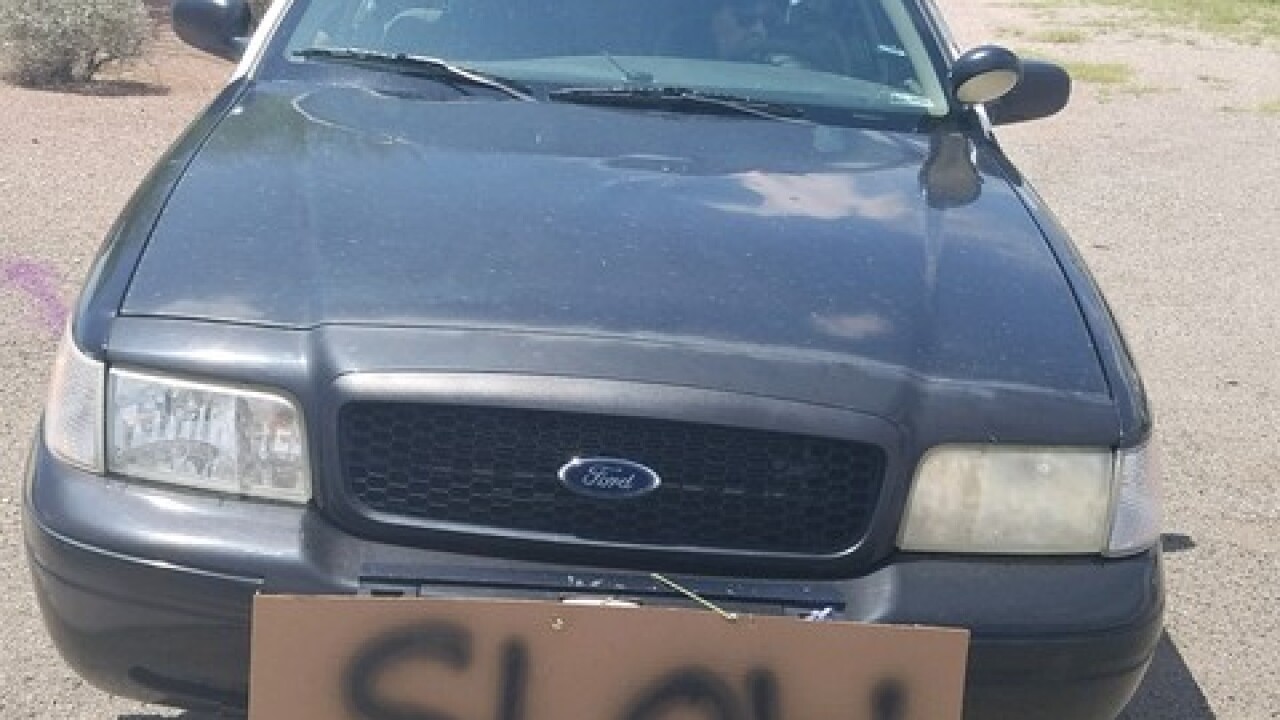 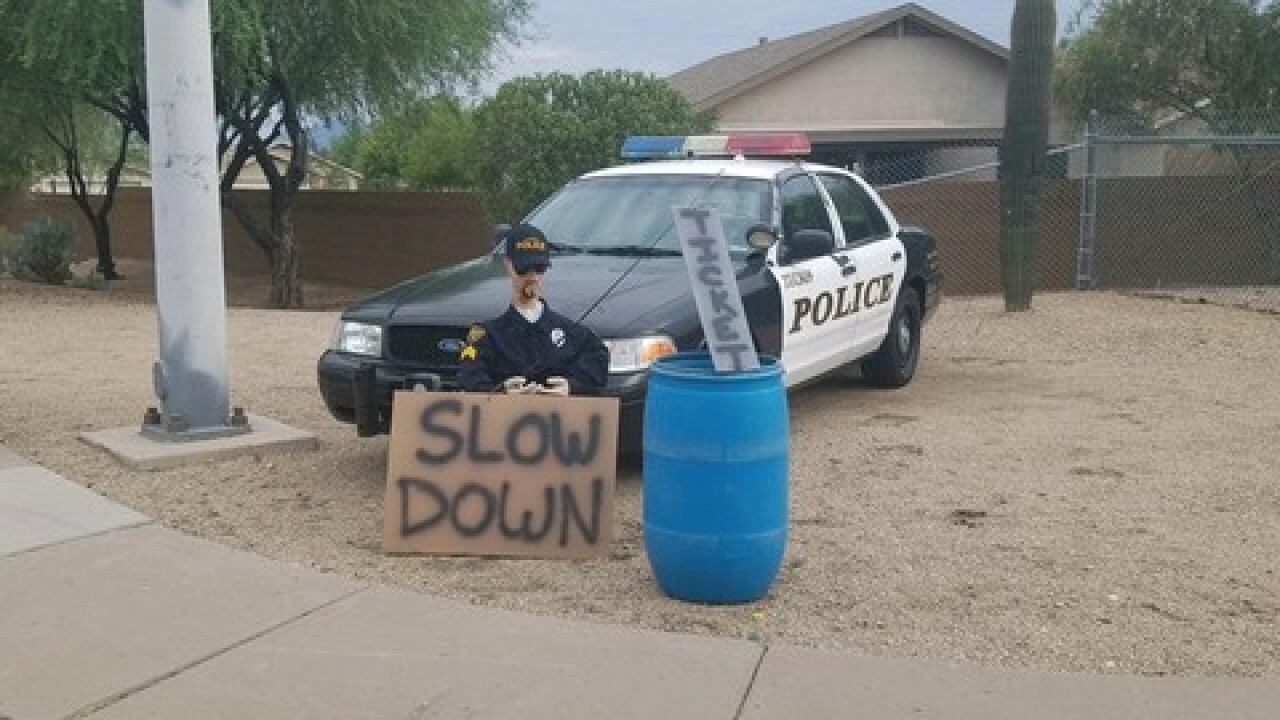 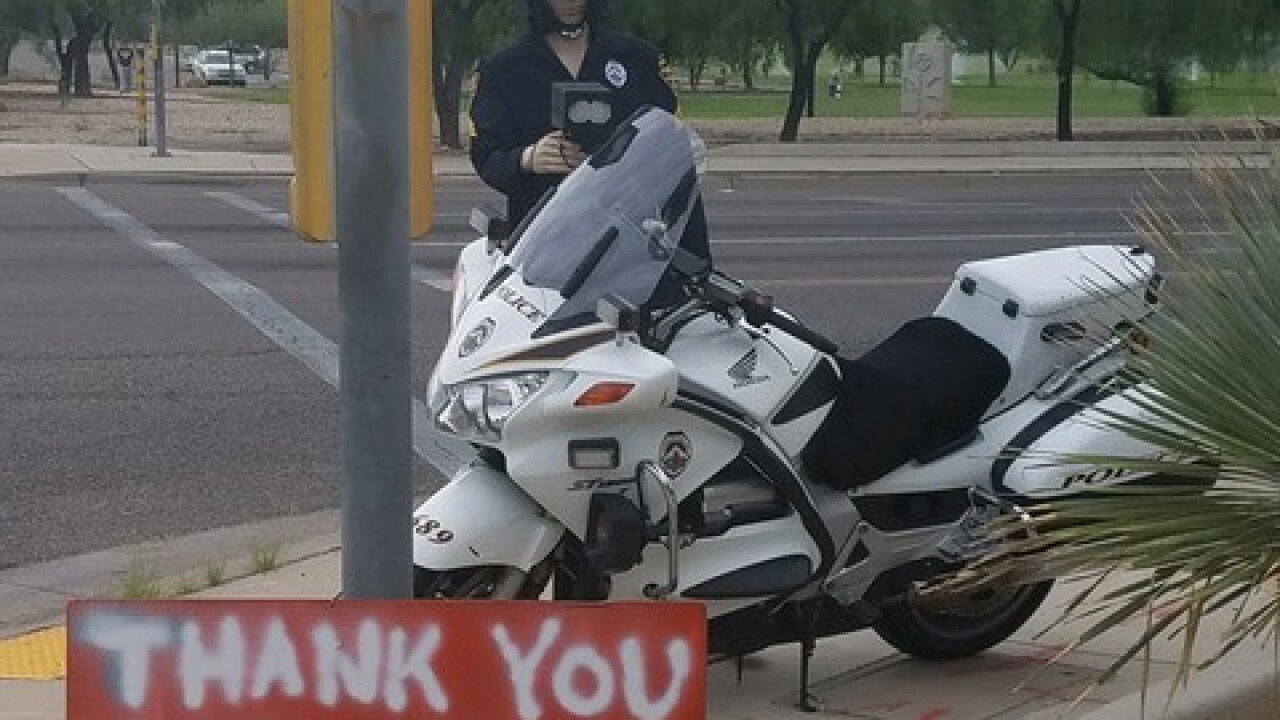 According to TPD, mannequins were placed at different intersections around Tucson in efforts to lower collision statistics and urge drivers to pay better attention to their driving and what is around them.

The mannequins were dressed like officers and placed in and around police vehicles near intersections that are or have been known for vehicle crashes. The first location was on S. Kino Parkway from Silverlake to 36th streets Thursday morning before switching to 12th Ave from Drexel to Bilby.

This is the first time TPD has utilized this method by using mannequins.

Tucson Police tells KGUN9 drivers can expect to see the mannequins out again Tuesday, August 21st but the location has yet to be determined.