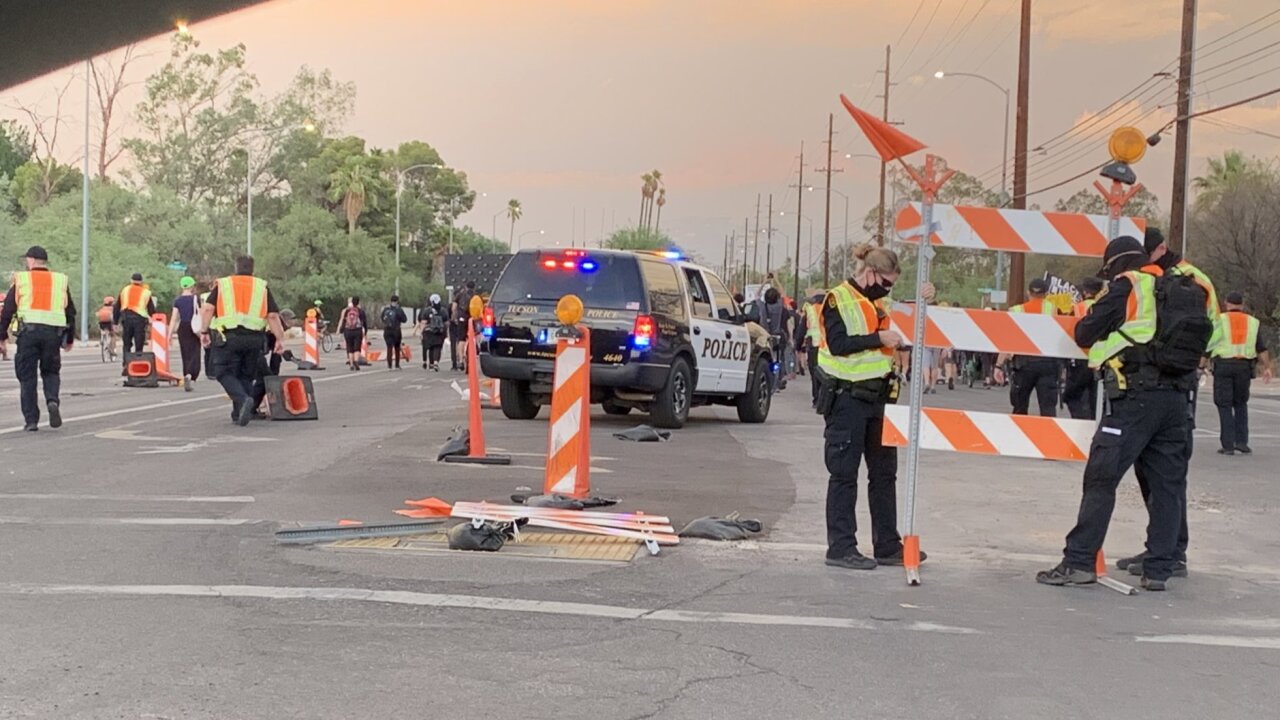 TUCSON, Ariz. — Four arrests were made during a protest Saturday, one of which was for a felony charge.

Tucson police say a white man punched a Black officer who was in a patrol vehicle, adding that the officer is okay.

The suspect is currently being held in Pima County Jail for aggravated assault on a police officer.

The three other arrests were related to graffiti and interfering with traffic near the 300 block of S Country Club Rd.

An aggravated assault on an officer, construction barricades/signage toppled, tagging, & traffic blocked for hours. Is this supposed to help the cause? I get it that it's the minority of protesters who do this but the others seemed to ignore or celebrate this conduct last night. pic.twitter.com/qjdR3nEZPo