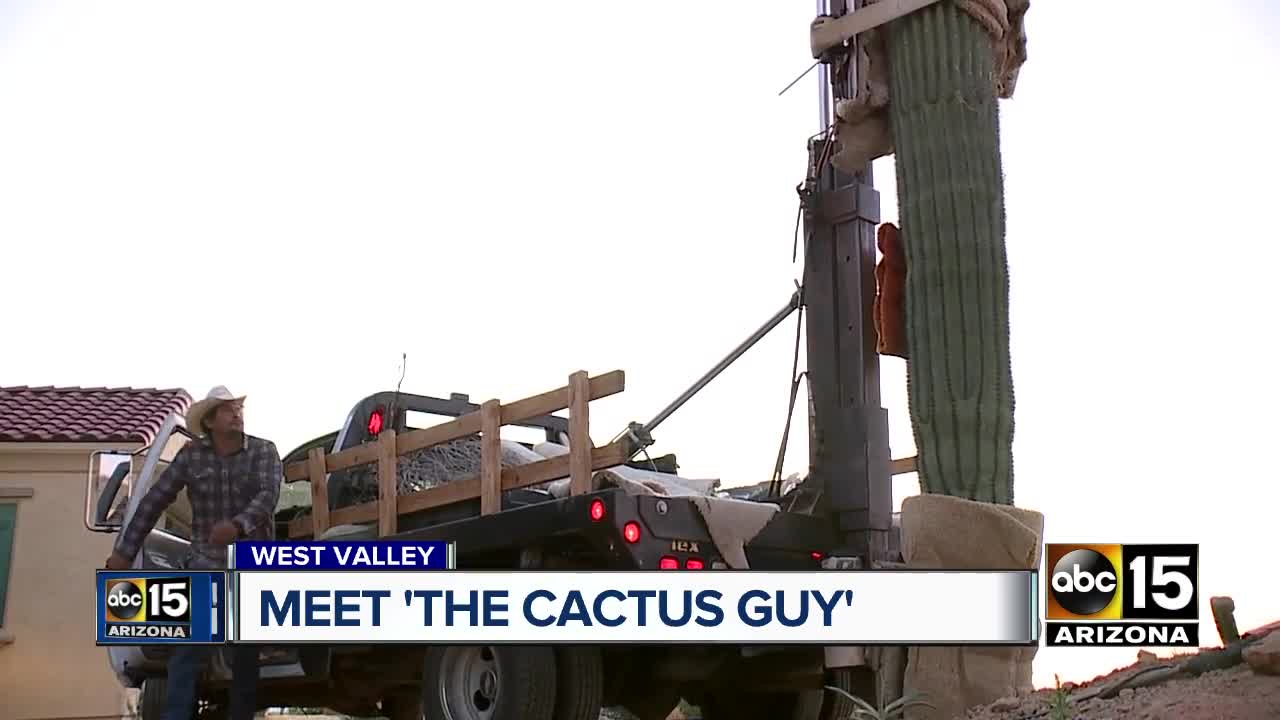 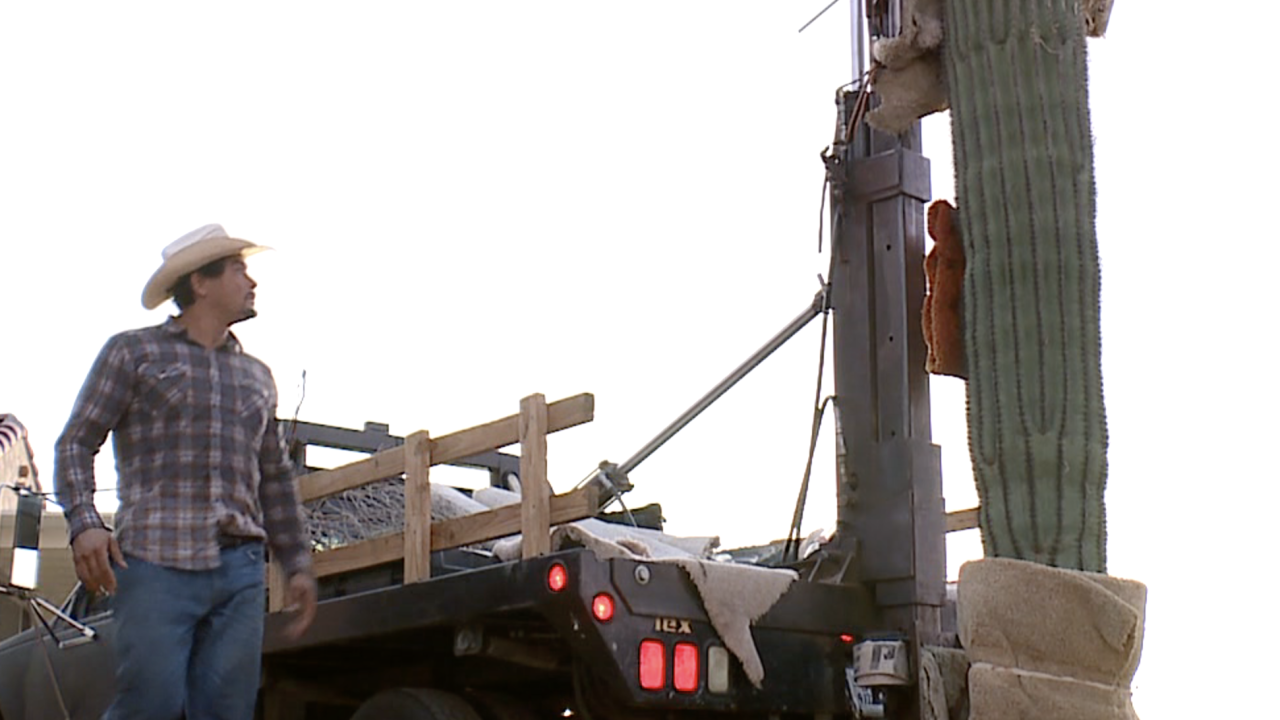 He's always on the road and has had his share of cactus pricks, but 34-year-old Ellery Tarazon says working with cacti is what he's always wanted to do.

"I don't know if this is good or bad but every night I go to sleep, all I do is dream about planting saguaros," he said.

Tarazon owns and operates Arizona Native Plants. He says he's saved and re-planted thousands of cacti throughout his career, and even recalls some close calls.

"It was two days ago, a 12-foot saguaro. It fell two feet away from me and I moved out of the way just in the nick of time," he said. "It probably would have broke my back."

The process isn't easy. Tarazon says he starts out by digging around the cactus and using a hydraulic system to pull the cactus from the ground. He wraps the outside with used carpet to keep from getting pricked by thorns, and then ties each onto a long metal pipe, allowing him to transport it safely.

Once at its final destination, Tarazon digs each hole by hand and places it in with the same hydraulic system to make sure the heavy, dangerous plants are placed just right.

"Like a lot of people who are from here, I've always been enamored by the saguaros," said Tarazon. "They're so unique, they're so ominous."

Tarazon believes they're also vital to our desert ecosystem, but worries many are at risk. Monsoon storms cause significant damage to the tall structures and those living in areas of development can be pushed aside or in some cases, bulldozed.

Tarazon also works to save cacti after falling over or suffering significant damage after storms or other issues.

"It's kind of like our state icon," he added. "You can't help but have anything but respect for something so large, something that can kill you, and something that's only in the southwest."