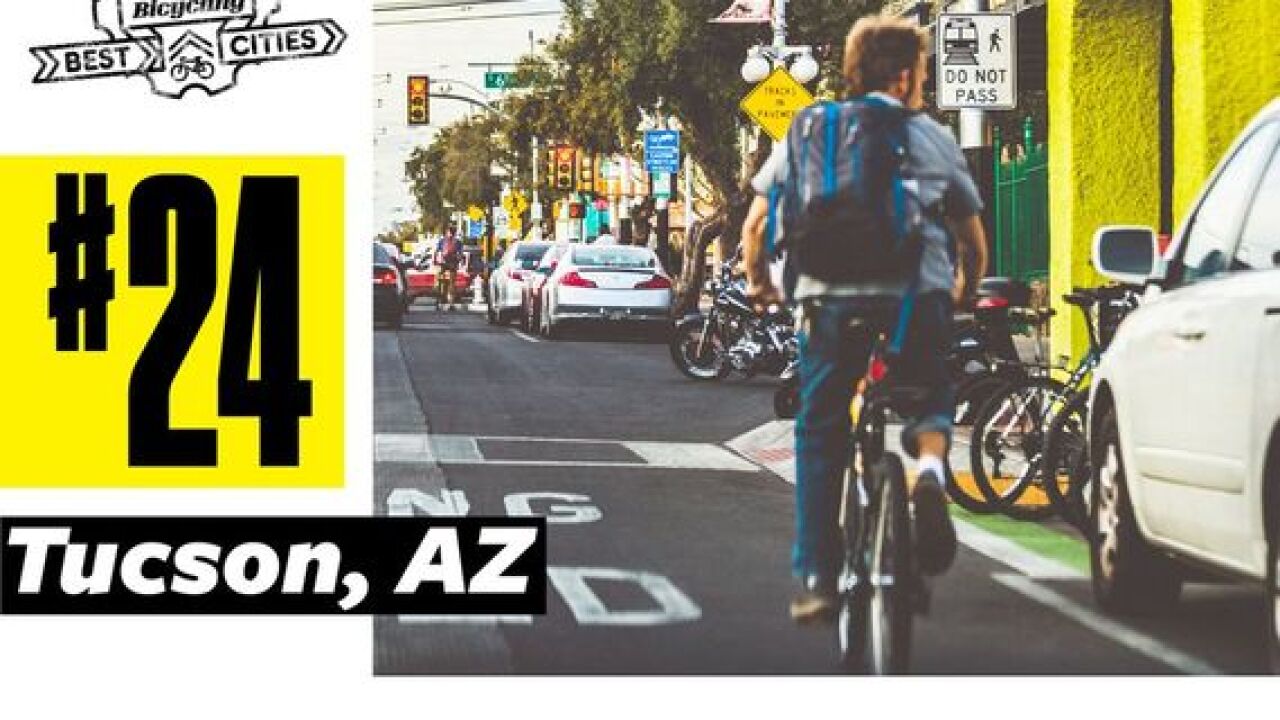 Bicycling Magazine has ranked Tucson number 24 out of the 50 Best Bike Cities in America.

The publication used data on safety statistics, the number of bicycle facilities, people per bike share, and bicycle friendly businesses to create the ranking of 70 U.S. cities.

Editors also hit the streets and spoke to local advocates, officials, and everyday riders in each city to find out which would make the cut.

According to Andrew Bemis, Tucson's Bicycle and Pedestrian Program Coordinator, a 2017 Bicycle Master Plan is going to deliver 190 miles of new bike boulevards, and a few protected bike lanes.

“Tucson has a strong and diverse culture for social riders and bike commuters,” Bemis says.

Bicycling Magazine feels that Tucson is "a great town for mountain biking too, with more than 100 miles of trail within a 20-minute drive from town."

Seattle came in as the top city due to it's improved bike lanes.

For a full list of the top 50 bicycle cities, visit bicycling.com.